Ukrainian forces have regained control of Bucha, a city near Kyiv, that was captured by Russian forces on March 12. Many civilians lost their lives as well as countless animals.

However, a story of hope was shared by animal rights organization, UAnimals, on Facebook.

Kiev police officer, Alexei Sidorenkov, was patrolling the area around the city and inspecting all the abandoned and bombed vehicles on the side of the road. He peered inside a car with all the windows shot out and found a large dog curled up on the floor. 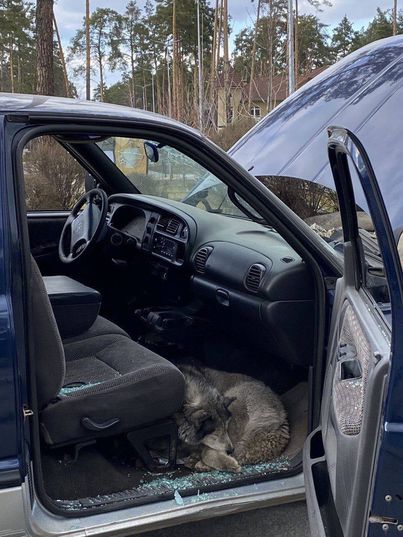 “In the cabin there was a dog that miraculously survived a car bombardment. The dog was so tired she slept right on the glass debris,” wrote UAnimals.

Sidorenkov took the dog to a veterinarian to be examined and she was miraculously unharmed. She was named Bucha, after the area she was found, and adopted by the officer. 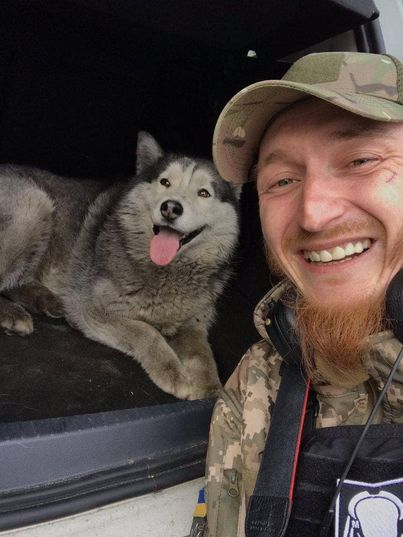 A photo taken of Bucha and her new owner showed them both smiling. It is the happy ending we wish for her and all the other homeless animals.

People from around the world thanked the kind officer for helping the sweet girl and for giving her a home. One person wrote, “Thank you for rescuing and fostering such a beautiful and kind girl!!! You are a man with a limitless heart!! Take care of yourself!”

Another said, “Glory to our defenders of Ukraine!”