A stray dog, now called KK, from Smith County, Tennessee was found by a woman wandering near the woods not far from her home in the Chestnut Mound community.  She took the dog in, and brought him to a vet where a discovery was made just in the nick of time, and KK’s life was saved. 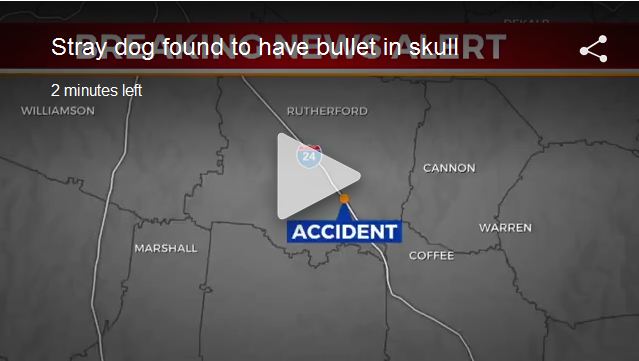 The woman got a hold of her daughter, Tressa Bush, and they took the dog to a vet.  When the vet took an x-ray scan, a bullet lodged in the dog’s skull was found, and the poor dog had been living with it for weeks.  Between that, and the extreme malnourishment, it was a miracle that the dog was alive at all.

Bush recently too KK to a specialist at a vet in Cool Springs.  There the dog underwent a CT scan to get a better idea of exactly where the bullet was lodged.  This will allow surgeons to plan the safest rout possible when it comes to extracting the bullet. 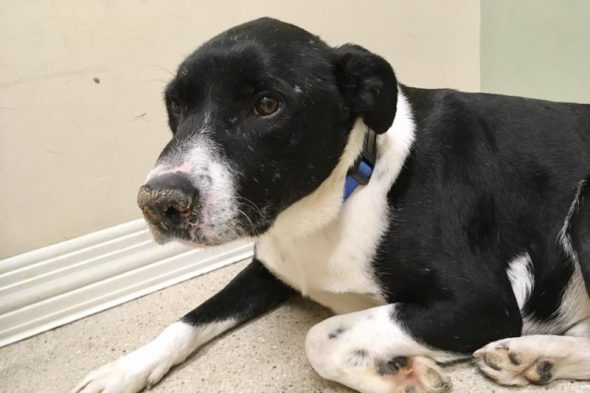 KK will now go to the Blue Pearl Veterinary Partners to have the surgery.  Along with removing the main bullet fragment, they’ll also remove some other smaller pieces around it, and repair the damaged nasal cavity as well.  Bush is taking care of KK for now, however she does plan to find him a permanent home once he’s fully recovered.

“We don’t know what he’s gone through.  We have no idea how many people may have shot at him, may have kicked him.  Somebody didn’t want him, very obviously. But we hope to find somebody who does want him.”