Park Rangers outside of Kansas City, Missouri made a shocking and heartbreaking discovery at Longview Lake on Friday. A terrified, mud-caked dog – since named Deputy by his rescuers – had been chained to a 12″ x 12″ concrete masonry block and presumably left to drown as the waters rose. He is now recovering at the Great Plains SPCA in Independence, MO where staff describes him as a “loving, happy dog.” 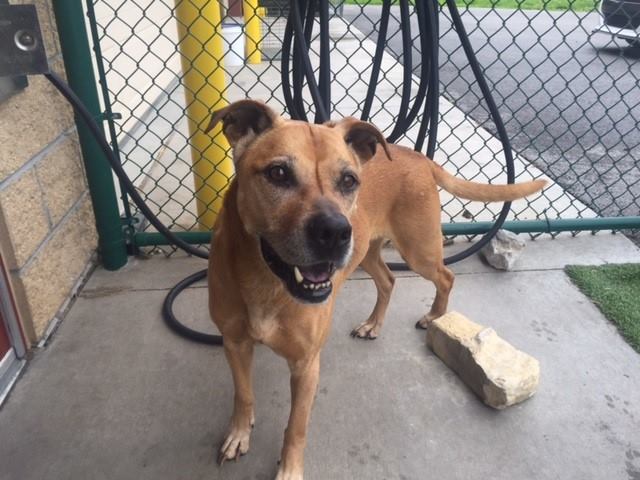 ‘I was very sad for him,” Hampton told KMBC News 9. “It was obvious this had been done intentionally.” 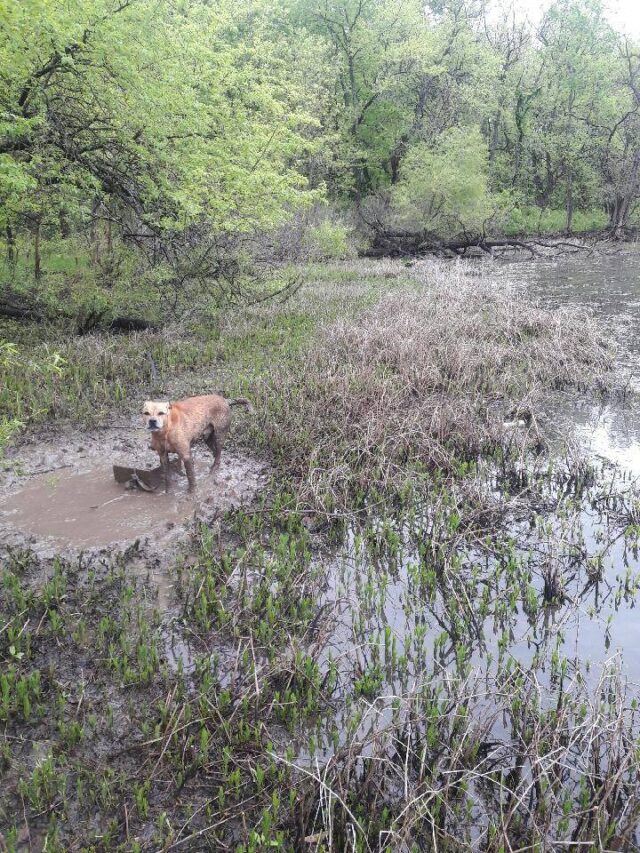 Adding to this tragic mystery is the fact that Deputy appears to have been well cared for. He is a healthy weight, has been neutered, and after a good bath, SPCA staff discovered a soft, shiny coat. The Lab/Shepherd mix is estimated to be between five and seven years old. 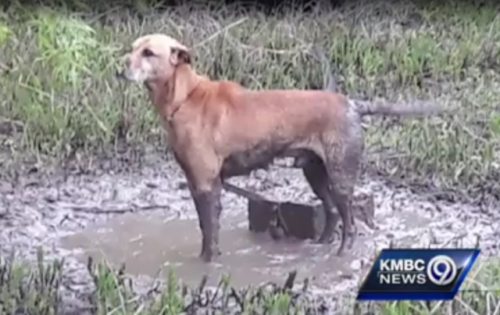 Once Deputy realized he was safe, his sweet, outgoing personality emerged. His new friends at the SPCA feel he will have no trouble finding a new, loving home.

He will be available to meet potential adopters starting Wednesday! 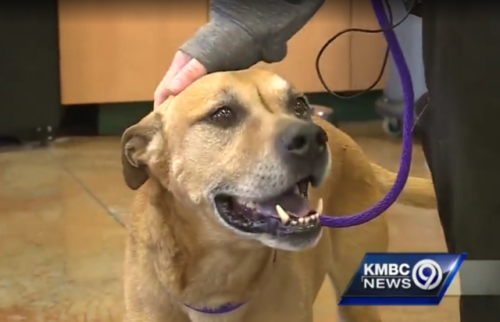 lthough investigators are relieved that he was rescued with minimal physical and emotional trauma, they are determined to find the person or persons responsible for putting Deputy in danger.

“They need to answer for their actions,” Hampton said. “It just makes you wonder what people are thinking, and what kind of person could do something like that.”

Just two weeks ago, Deputy was another nameless, abandoned dog. Someone chained him to a cinder block in the shallows of a Kansas City Lake and left him to die.

Today, he is the beloved, boisterous pet of John Pitburn, his new adoptive dad.

A video posted by the Kansas City Star shows the 7-year-old Shepherd-Lab Mix grinning from ear to ear and proudly posing for photos at Pitburn’s side. Since his rescue, Deputy has been vaccinated, undergone dental work for some broken teeth, and had a few skin masses removed.

But his transformation is far more than just skin deep. When Tonya Hampton, an animal control officer for Jackson County who works at Great Plains SPCA, responded to the scene of his abandonment on April 28, Deputy was terrified and shied away from her touch. With just a bit of human kindness, his tail began to wag and he was soon eating treats from her hand.

Now this deserving boy is off to a new life with a loving home, a kind owner and a dog sister!  Pitburn told the Kansas City Star:

“I have a 16-year-old lab, she’ll be 17 in October, and I was thinking about getting another dog, and this popped up in the news. I thought, ‘That’s got to be a sign.’ I’m a big dog person, and I just can’t believe someone would treat a dog that way. I just thought I needed to get him.”

After several visits to Great Plains, playing and getting to know one another, Pitburn realized he was right – Deputy was the pooch for him. 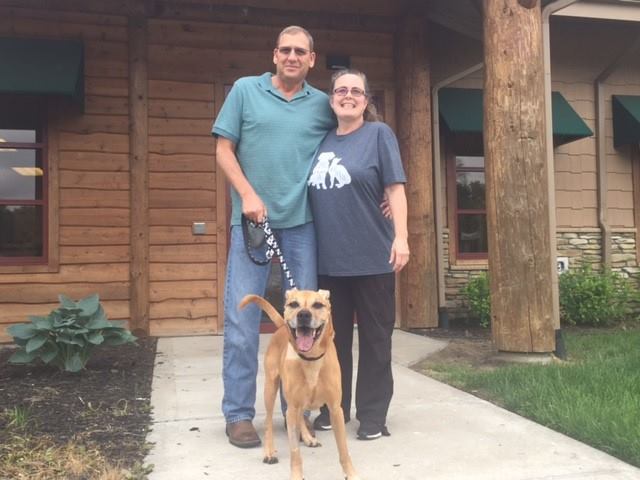 Many others contacted the Great Plains SPCA about Deputy, but the staff were so impressed with Pitburn’s commitment that he became the clear favorite to adopt him. He brought his dog, Sandy to meet him on Thursday morning and the two hit it off right away. By Thursday afternoon, Deputy was hopping into Pitburn’s F-150 bound for his forever home!

“This is what makes it all worth it,” Hampton said. “That’s what we do here at Great Plains. We have so many animals that have situations, maybe not this drastic. They’re all looking for a home, and that’s exactly what we would like to do for them.”