A Delaware shelter caring for an abandoned dog who was found with a note explaining that her owner became homeless and could no longer care for her announced on Wednesday that the skinny dog’s owner has come forward. Less than one week ago, the Delaware Humane Association introduced Facebook followers to Sky, the abandoned dog found with a note from her former owner:

“This blue and white chocolate dipped girl was roaming freely with an incredibly oversized, spiked leather harness with a bag attached and a note inside saying, ‘Please take care of Sky. She is 6 years old and friendly. I couldn’t take care of her, I became homeless and couldn’t feed her. She is not sick just hungry, very friendly. Please find her a home. Please.’”

The owner of the female terrier mix named Sky called the Wilmington shelter and he just wants the best of the dog. According to the former owner he and his wife had lost their jobs and were not able to feed Sky along with their large family.

“They believed it was selfish to keep her, and felt his only option was to leave her in a place he knew she would be cared for, so he left her with the now famous note to help her,” Greg Munson, the director of the Delaware shelter’s development and marketing section, stated in a release.

The owner has heard about the offers to help him keep Sky, but declined and wants to remain anonymous. The man has since found a job and his only request is that Sky is placed in a new and loving home. 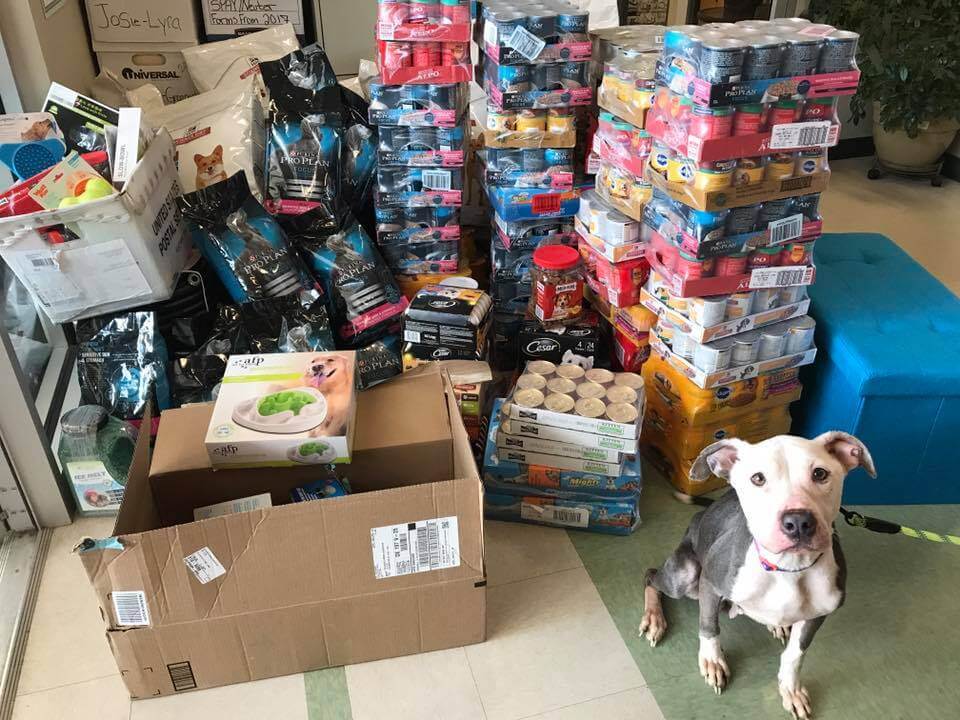 As for Sky, she came into the shelter 20 pounds underweight and has already gained a pound. She tested positive for whipworms and is doing better. She is available for adoption, and so far has received applications. Interested families can visit the shelter or fill out a questionnaire first. Sky’s adoption fee is $200.

To make a donation, please go to delawarehumane.org/donate/gift.