It was a very special delivery for one UPS driver when he ended up with a “package” he wasn’t expecting.

Jason Coronada is a UPS driver in Buffalo, New York. He was making deliveries on his route when he got an unexpected welcome that lead to a new best friend.

While at the Buffalo City Animal Shelter, one of their dogs approached his truck and made himself at home.

“He hopped up and just sat there and did not want to leave,” Jason Coronado told WKBW.

Ernie, a pitbull-terrier mix, made himself comfortable while making quite the impression on Coronada, who went home that day and discussed adopting the dog with his family. 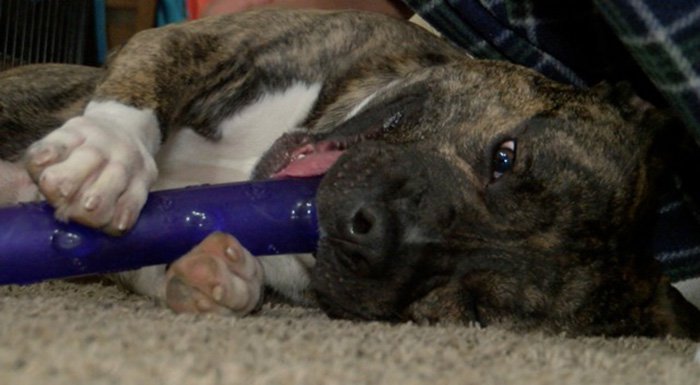 Soon after, Coronado went back to the shelter and adopted Ernie. It’s almost as if Ernie delivered himself to Coronada knowing he’d get a home!

“He is probably my idea of a perfect dog,” Coronado said. “I wanted him to have a good home.” Coronada told the news station that Ernie is making himself comfortable in his new home, sleeping and lounging and eating treats.