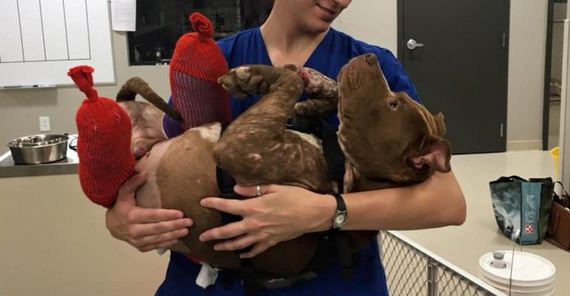 Rambo was discovered in the woods and was just barely hanging onto life. He was fighting off death bravely however and his survival is nothing short of magical, hence the title. 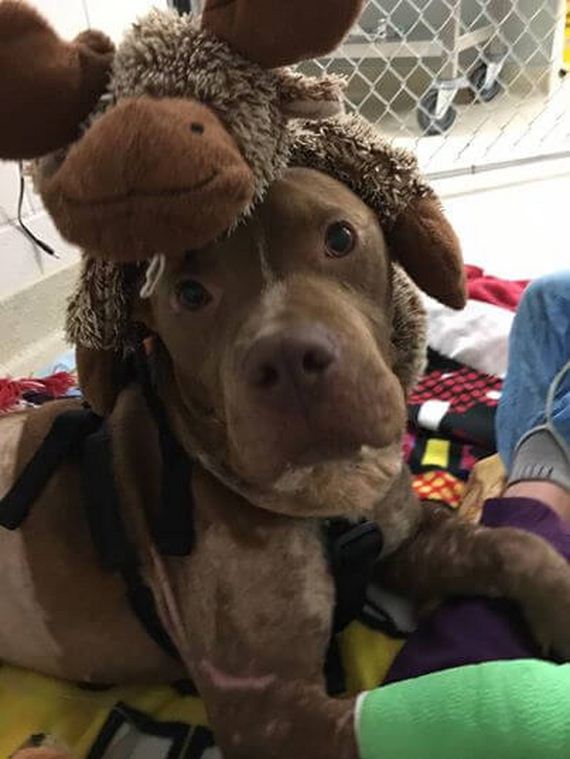 He was found back in March by a member from the organization, Every Life Matters Animal Rescue, in Rock Hill, South Carolina. 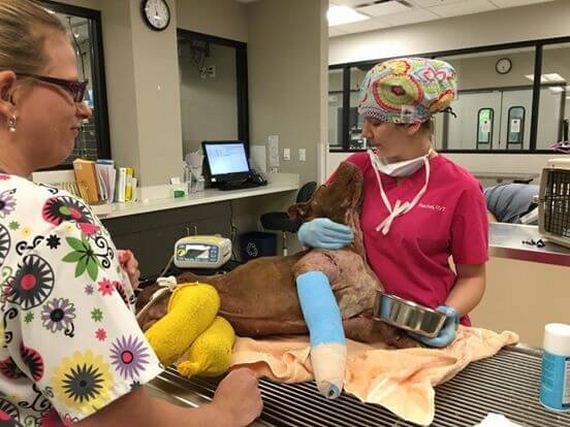 Rambo was surrounded by animal carcasses and his body temperature suggested he might be succumbing to shock. 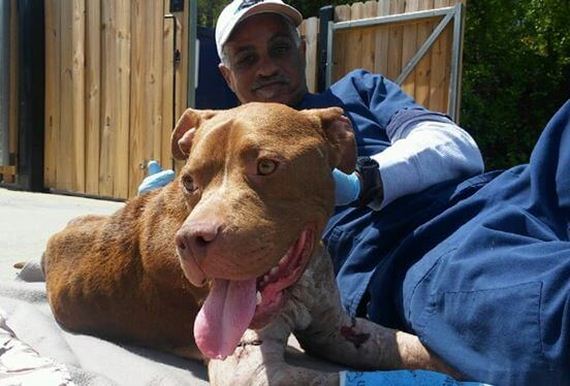 An investigation into the scene suggests that he was used as bait for dog fighting. 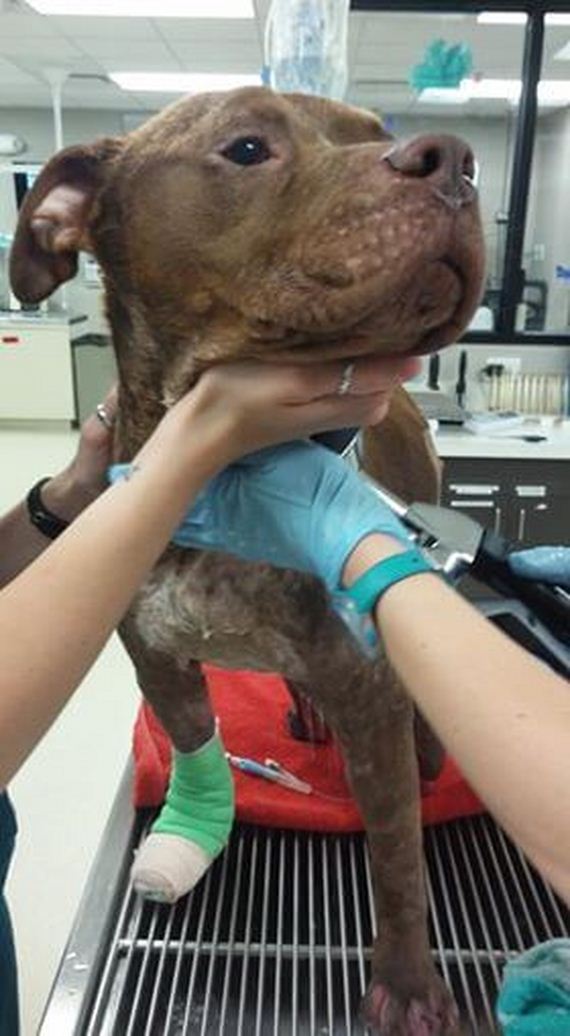 This means meaner and incredibly vicious animals were stuck onto him in order to practice their ferocity. 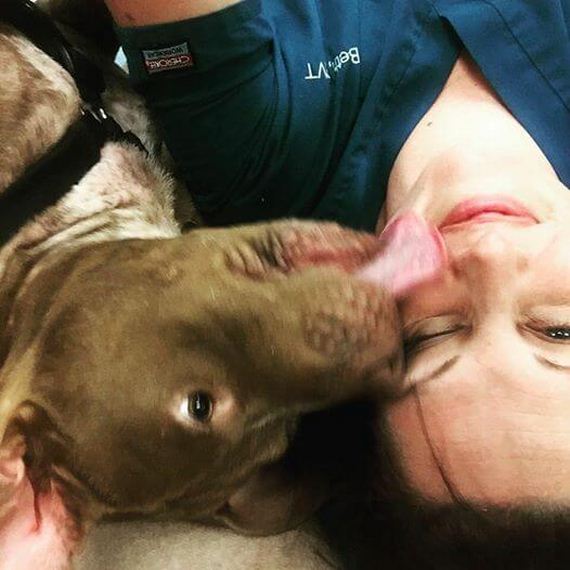 He was rendered defenseless and was senselessly attacked by the other animals. 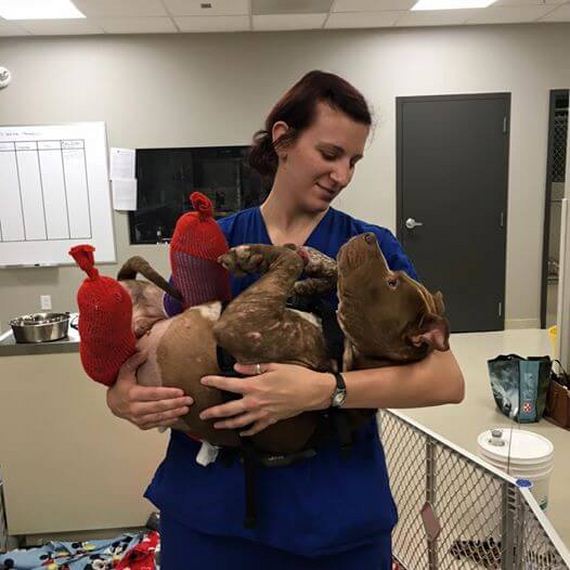 The rescue workers were forced to amputate both of Rambo’s feet due to the severity of his injuries. 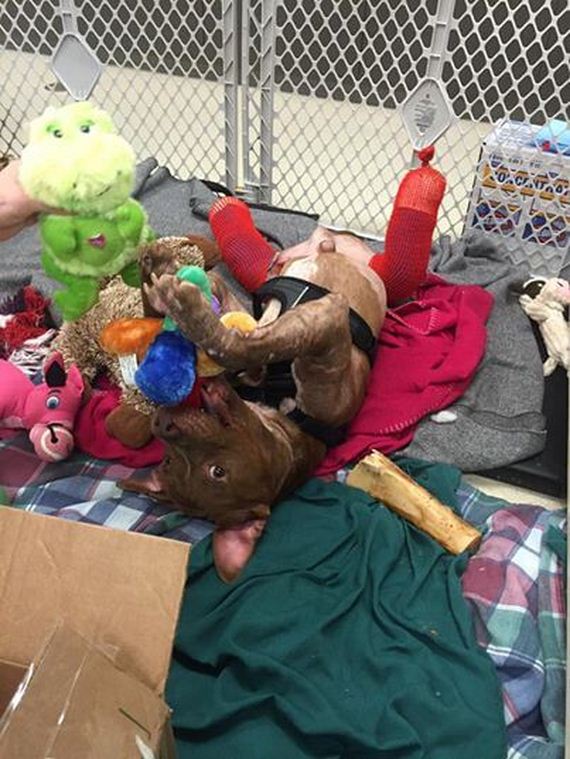 Rambo is now in the care of Charlotte Animal Referral and Emergency and has captured the attention and hearts of just about anyone and everyone who has visited their Facebook page. 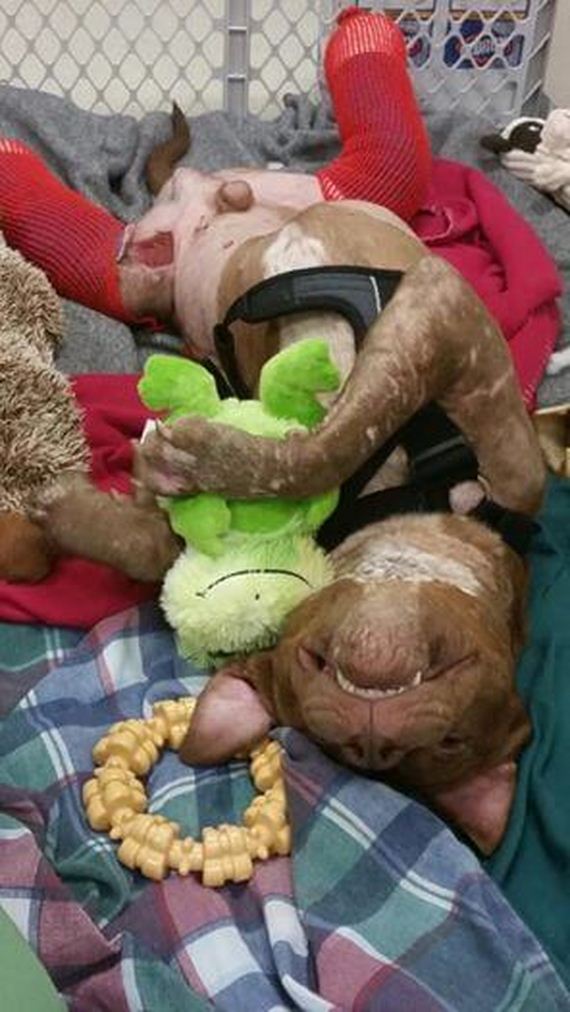 He has a spirit about him that shows even his traumatic past hasn’t done anything to put a damper on his heroic spirit.

He’s nothing short than one of the sweetest dogs on the planet. 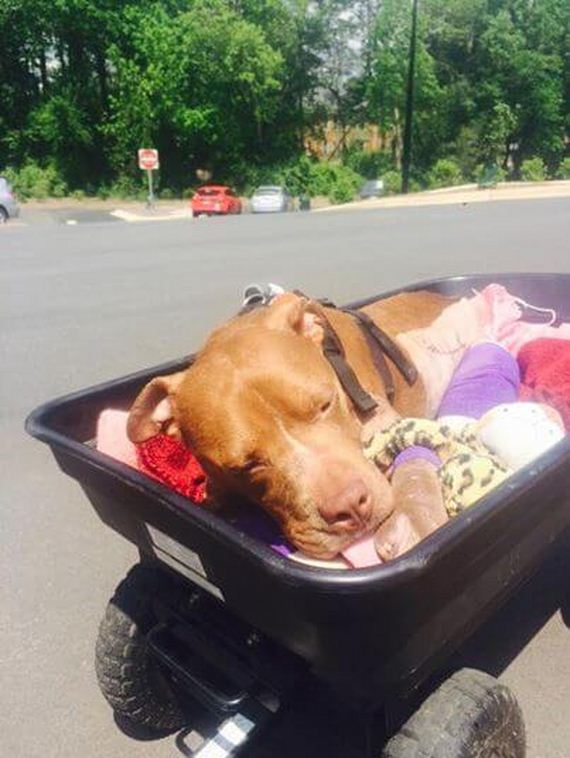 Rambo is being well taken care of in his new home. 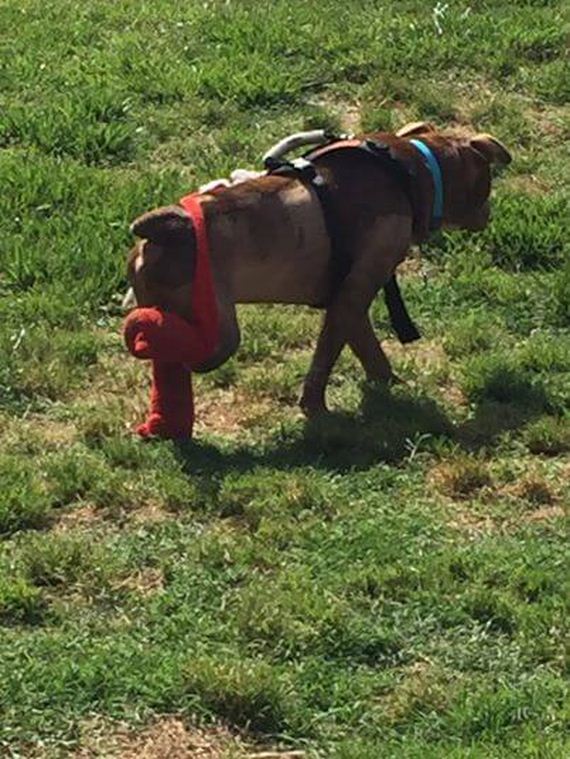 He is seeing plenty of attention, play time, and all the love and care he could possibly need.

With top quality health support and care Rambo seems quite content with his new life.

He’s even been given wagon rides back when he was young and hadn’t recovered from surgery. 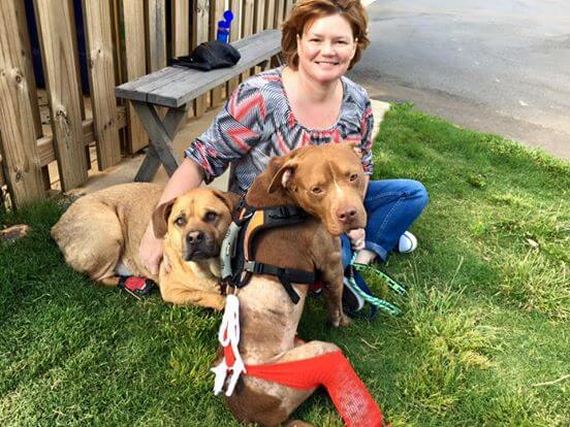 He seems to have become quite fond of them at this point. 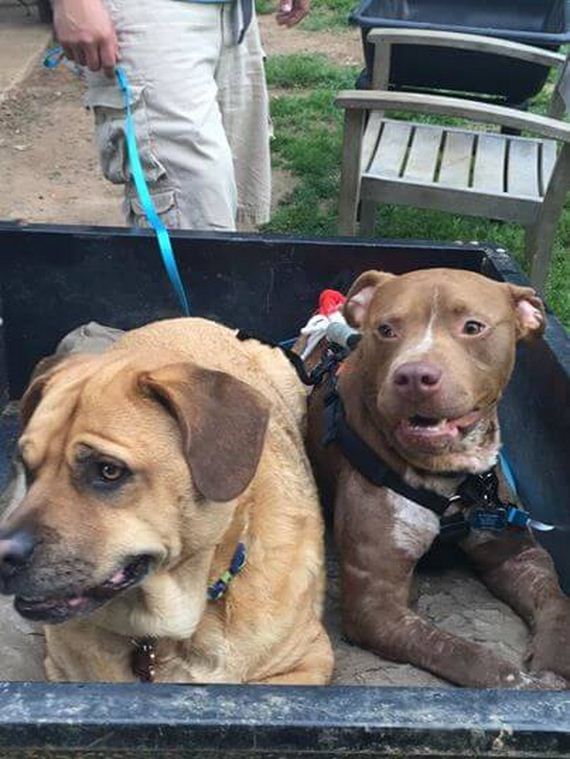 It doesn’t seem like his injuries hold him back anymore however and Rambo seems happier than ever!