The tiny pooch’s owners said she was paralyzed and signed over their rights to her after declining all treament – except euthanasia.

But Dr. Z refused to give up on little Bo so easily. 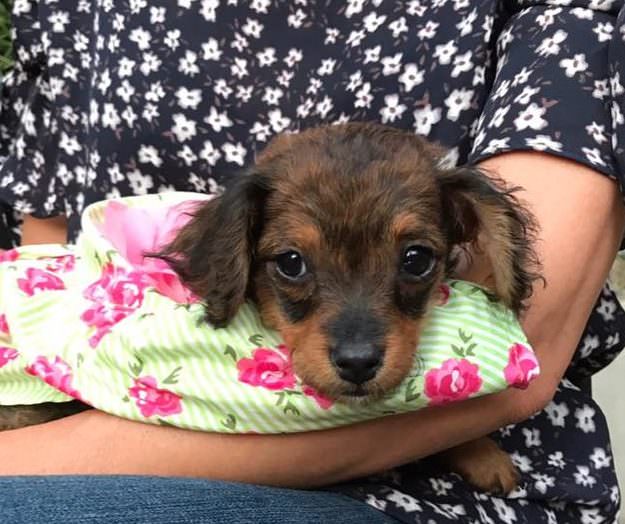 He ran a series of tests that revealed the cause of Bo’s “paralysis.” The poor baby was simply suffering from low blood sugar! Hypoglycemia – the medical term for seriously low blood glucose – is quite common in tiny, “pocket pups” like Bo. The symptoms can be quite frightening, including seizures, fainting and weakness that mimicks paralysis. 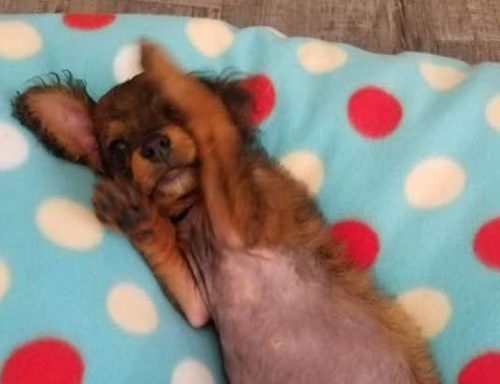 At just six weeks of age, Bo had clearly been taken from her mother too early, contributing to her medical problems. Rather than benefiting from frequent feedings of nutrient-rich milk from her mama, Bo was probably switched to dog food just once or twice a day. 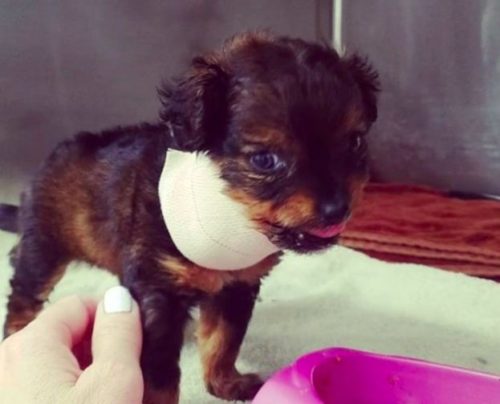 Once he identified the problem, Dr. Z quickly set about fixing it. Bo was placed on IV fluids, and within two hours, she was standing up in her cage! She was still a bit shaky, but able to wag her little tail and eat on her own.

Now that he was sure Bo would survive, Dr. Z had one more problem – the pup had nowhere to go. The vet contacted Piper Wood, founder of Hand in Paw Rescue, who happily agreed to add Bo to her roster of rescue dogs. With Wood, the shy pup received the love and tender care she so desperately needed.

“She was very quiet, especially for a puppy,” the rescuer told The Dodo. “She just laid around a lot; she’d shake a lot. She was very sweet, but you could tell that she was very scared.” 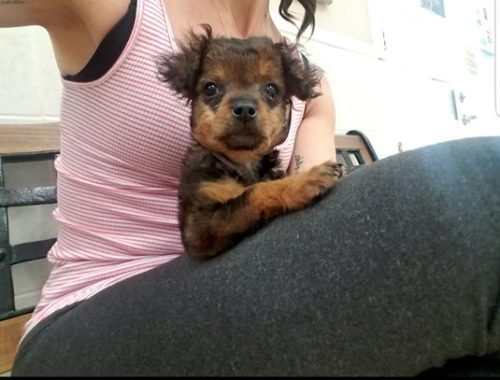 But puppies are extremely resilient, and as her little body healed, so did her spirit. A few weeks ago, Wood joyfully delivered Bo – now renamed Bella – to her new adoptive family.

“When I took her to her new home, I saw her play for the first time,” Wood said. “She was playing with like 10 different toys at once and running around, and she was so happy. That was incredible to see because I’ve only seen the scared side of her. She’s definitely feeling so much better, and she feels at home now.” 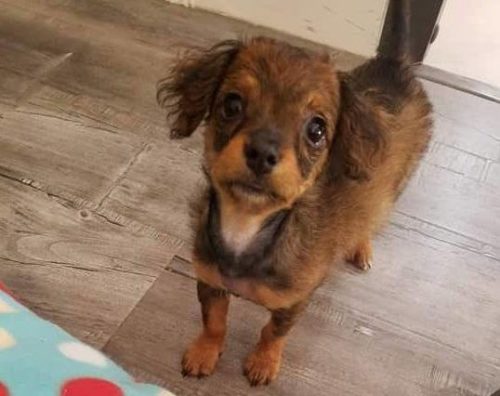 Thanks to the faith, expertise and dedication of Dr. Z and the loving care from Hand in Paw Rescue, Bella now has a long, beautiful life ahead of her!