Lola is a four-year-old Sprocker Spaniel who was suffering from a swollen tongue due to a stick punctured inside her mouth. Daniel Mainland, Lola’s owner, brought her to Linnaeus-owned Veterinary Specialists Scotland (VSS), in Livingston. When they arrived at VSS, the swelling reached around Lola’s jaw. Due to the swelling, Lola wasn’t able to move properly, and she continually drooled. 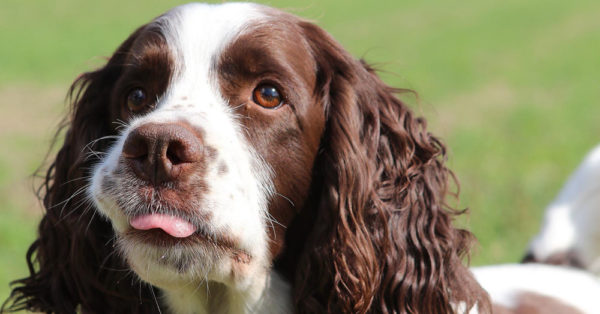 The cause of swelling couldn’t be identified, and they had to resort to advanced imaging with a CT scan. A diplomate in veterinary radiology at VSS, Elizabeth Munro, analyzed the CT images — two pieces of stick were punctured inside Lola’s mouth.

“The CT was consistent with a stick injury and associated with severe soft tissue swelling. As the stick was embedded in the tongue and, therefore, could not be seen on visual inspection, ultrasound examination of the tongue under general anesthesia was used to pinpoint its exact location,” Munro explained.

Actions were taken quickly, but Lola’s tongue was so severely swollen that they could not insert an endotracheal tube to anesthetize her. Thankfully, a tracheostomy tube was a good alternative to use. The procedure was taken over by Dr. Woods, and she shared that the ultrasound showed two pieces of stick — one about 3cm and the other 5cm. 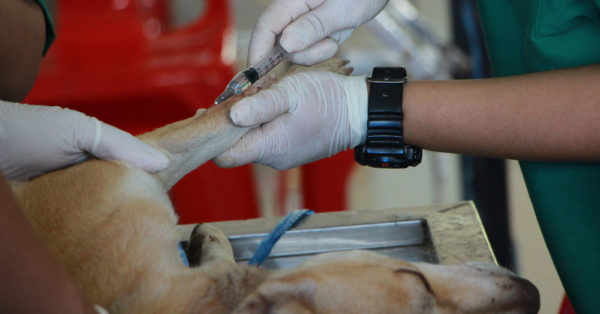 “An incision, under ultrasound guidance, was made at the site of the sticks and released a large volume of pus. I then used forceps to grasp and successfully remove the two separate sticks. Lola recovered really well and we were able to remove the tracheostomy tube two days after surgery, as the swelling subsided. Lola was then allowed home when it had subsequently resolved and she was eating well again,” shares Dr. Woods.

Daniel could not fathom how two sticks were stuck inside Lola’s mouth, and he shared that Lola loves to chew on tennis balls which might be why she got punctured by sticks. According to Daniel, the VSS vets are commendable, and pet parents should trust the West Lothian veterinary hospital. He was very grateful that the vets who helped them were transparent and provided effective solutions to such a dilemma.

Vet professionals from VSS continue to provide the best medical care for animals — ensuring pet parents that their babies are in the right hands. You can read testimonies from various people on their website. You’ll feel the care and concern from these vet professionals. Lola can certainly attest to the fact that the medical institution is highly recommendable!