Countless dogs and cats were separated from their families when Hurricane Laura hit Louisiana and Texas. While numerous pets are still waiting to be reunited, there have been dozens of happy reunions thanks to ASPCA and local animal shelters.

One of the recent joyous reunions was between a rescue dog and his veteran dad.

Henry Roach, Iraq war veteran, was recently reunited with his beloved rescue German shepherd Savage after he had to make the heartbreaking decision to leave him behind on the first round of evacuations. Roach told People that his truck was packed full with people, including his 88-year-old mom, that he promised to get out of harms way. Savage was unable to fit in Roach’s truck but he promised to return for him. 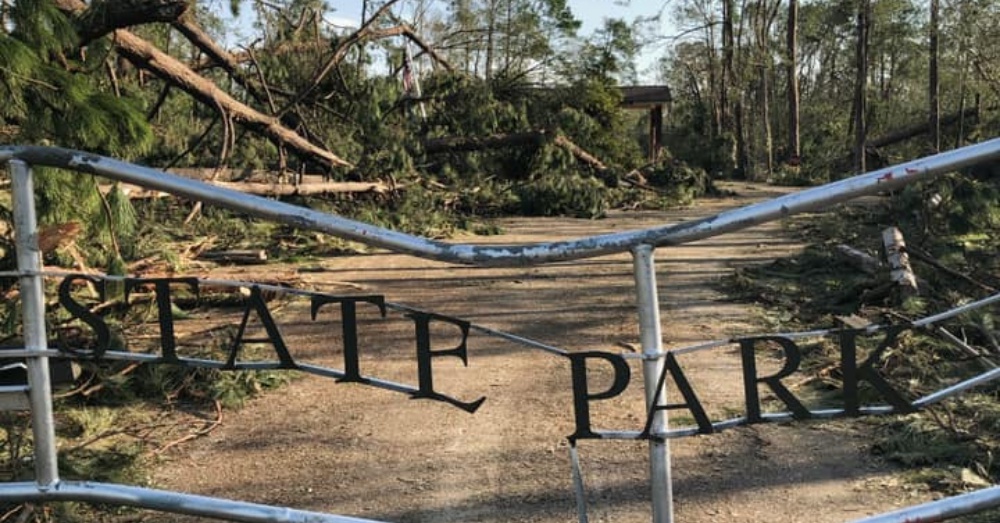 The Category 4 storm tore through the town of Sulfur where Roach lives before he could return. The destruction was described by Jean Paul Duhon, teacher at the local high school, as “It just looks like a bomb went off.” Roach learned from a neighbor, as he was about to return for his dog, that the storm damaged his fence and Savage was missing.

Roach was devastated and hoped that his beloved dog survived the storm and was somewhere safe. Luckily, Savage was found wandering the streets and brought to Calcasieu Parish Animal Services. The dog appeared to be unharmed and was taken in by ASPCA’s rescue team helping evacuate the damaged shelter. 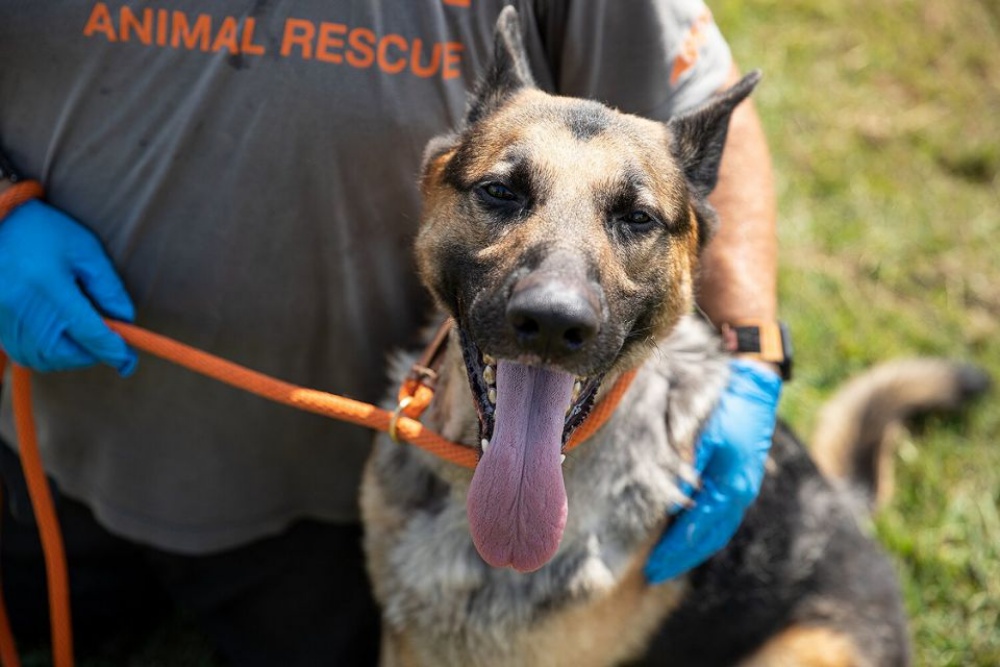 “Our disaster response team is dedicated to keeping displaced animals safe and happy while they’re in our care, and we look forward to reuniting more owned pets with their families and helping to find new, loving homes for surrendered and homeless animals,” posted ASPCA.

Savage and Roach were recently reunited and both were overwhelmed with joy. Savage wouldn’t stop wagging his tail and Roach was beyond relieved to see his faithful friend was unharmed. 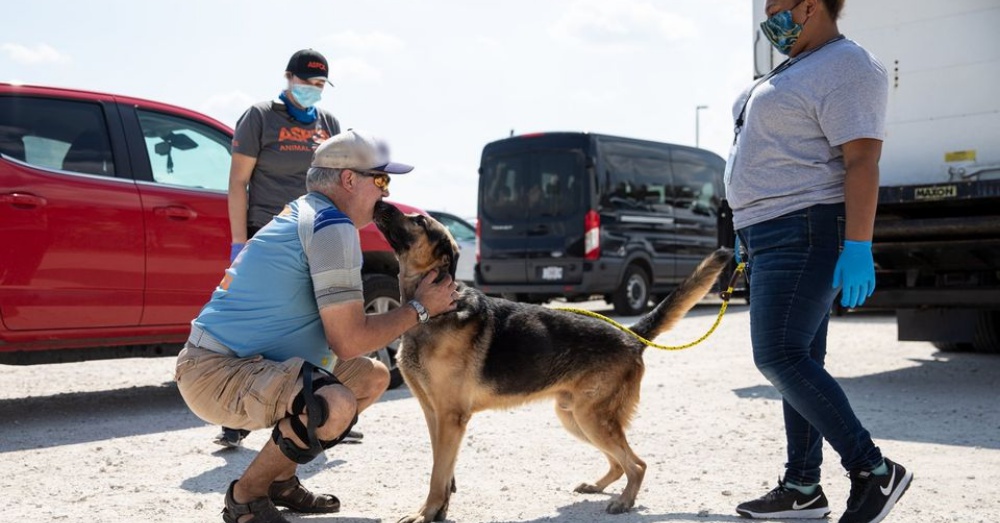 Calcasieu Parish Animal Services states they have reunited roughly 60 pets with their families in the past 3 weeks and hopes to do even more in the coming weeks. They ask anyone who is missing a pet to check out their pet harbor site that has a list of all the pets currently in their care.