Hearing about animals trapped inside hot cars is ridiculous and infuriating. Why do people insist on putting their pets’ lives in danger?

Cracking a window is. not. enough. when the weather is warm.

Jason Minson is a veteran who saved the life of a dog he found stuck in a car one day while at work.

Minson, who works as a landscaper in Virginia, was out on the job when he heard a loud noise down the street.

A car had clipped another vehicle. So Jason went to check it out.

It’s a good thing he did, because otherwise, he wouldn’t have realized what was going on.

There was a puppy locked in the car, with the window cracked just a sliver.

The dog seemed to be distressed, and was clearly hot.

It seemed like the noise from the collision had woken him up. He was panting heavily, without any let-up. This let Jason know that the dog was in desperate need of his help.

He knew that the odds of the dog surviving much longer in the hot car were slim. He called 911 and requested help.

The police told him they would send a unit as soon as possible. They also told Jason to not break the window of the vehicle. 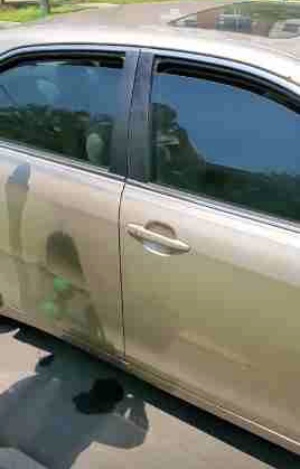 While laws vary state by state about what to do in this type of situation, damaging the car would be considered a crime in the state of Virginia.

Wanting to do whatever he could for the dog while he waited for more help to arrive, Jason decided to try to offer the dog some water.

The window was open a little bit, so Jason tipped a bottle of water to the dog, who immediately thrust his head up there to drink it. 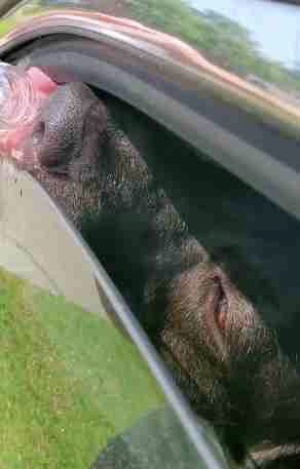 He finished the whole bottle, and still seemed incredibly thirsty.

So Jason offered him another one.

He drank that one just as quickly.

At this point, Jason was getting really upset. He generally considers himself to be a level-headed and tolerant person, but letting the dog remain in the car while he became more and more distressed was starting to feel impossible.

How could someone leave a dog here like this?

The dog seemed like he could no longer sit up very well. He was obviously exhausted, hot, and dehydrated — ge didn’t seem like he would last much longer. 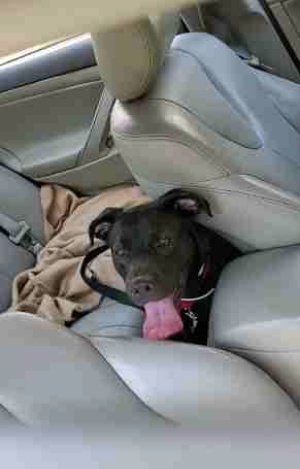 He smashed the window and was able to get the dog out of the car immediately. He has no regrets about what he did, and, thankfully, the law sided with him as well.

The person who grossly neglected their dog by leaving him in the car was charged. Jason was not.

The dog was taken to a local animal hospital to be cared for properly, and won’t be going back to his previous owners. 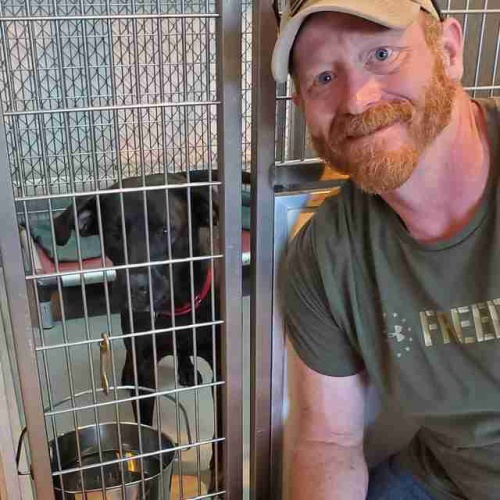 It’s never okay to leave your animal in a car on a warm day to roast like this. Even if you think it’ll be just a minute, or that it’s not that warm, or that a sliver of fresh air coming through the window will keep him cool — it’s always a terrible idea.

Please share this story so people are aware that there are consequences to leaving your dog in a hot car! At least this story ended with the dog surviving — not all of them do.