Many military veterans suffer from PTSD as a result of physical and mental trauma suffered on the battlefield, and service dogs can be just what the doctor ordered. Dogs are being groomed through service dog training programs in prisons as a way to help inmates give back and get veterans the help they need. 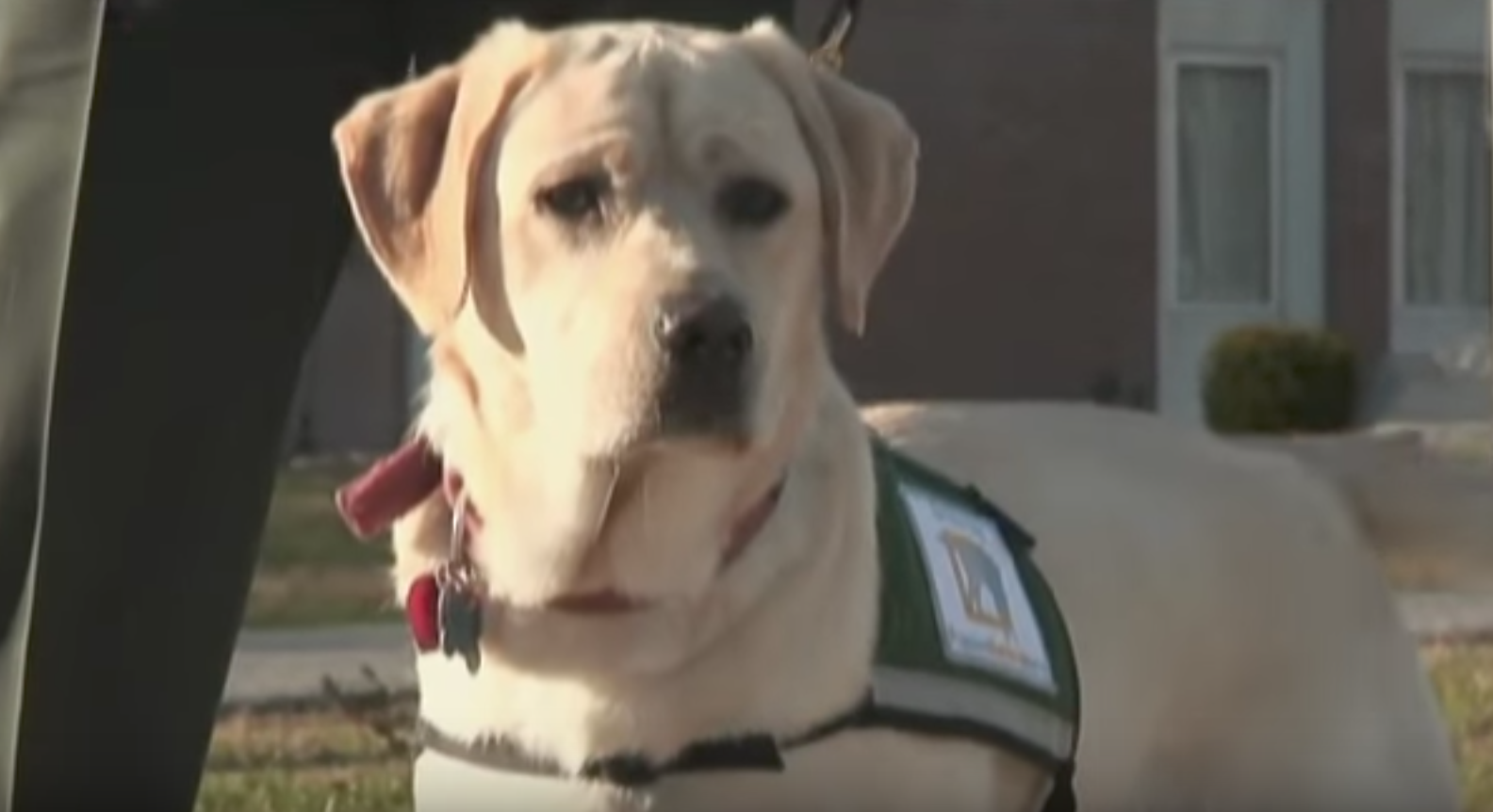 Pax was trained in a women’s correctional facility by an inmate named Lauri. And when the yellow Labrador was ready to become a full-time service dog, he was paired up with Iraqi veteran Bill Campbell. Bill suffered a traumatic brain injury and was having trouble coping with day to day life. Pax made all the difference in the world to the veteran. 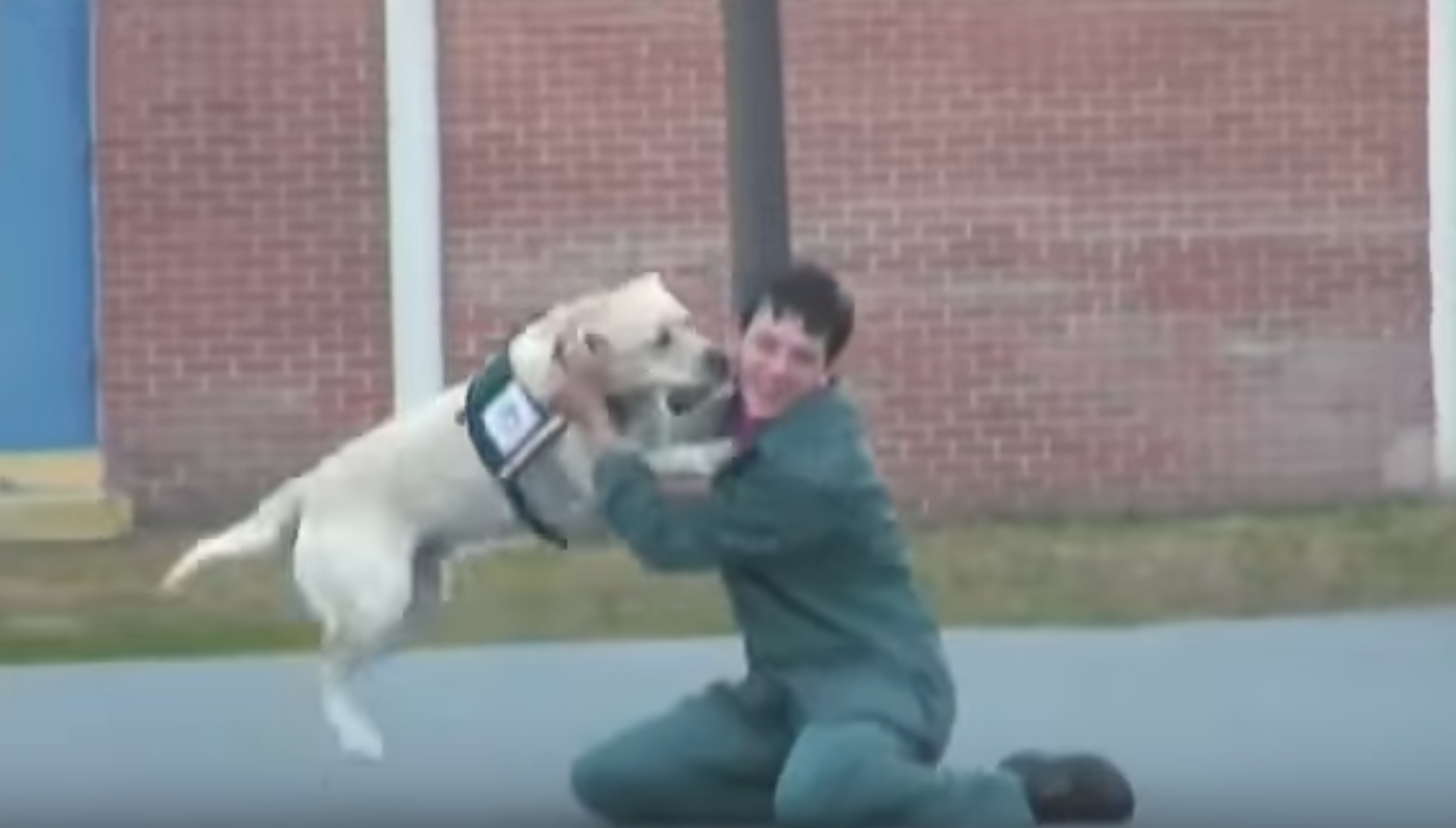 When Bill made the trip to the women’s correctional facility to meet Lauri, Pax’s reunion with his former trainer was a very special moment to say the least. Pax knew exactly where he was, and he took off running toward Lauri as soon as he saw her. There wasn’t a dry eye around. 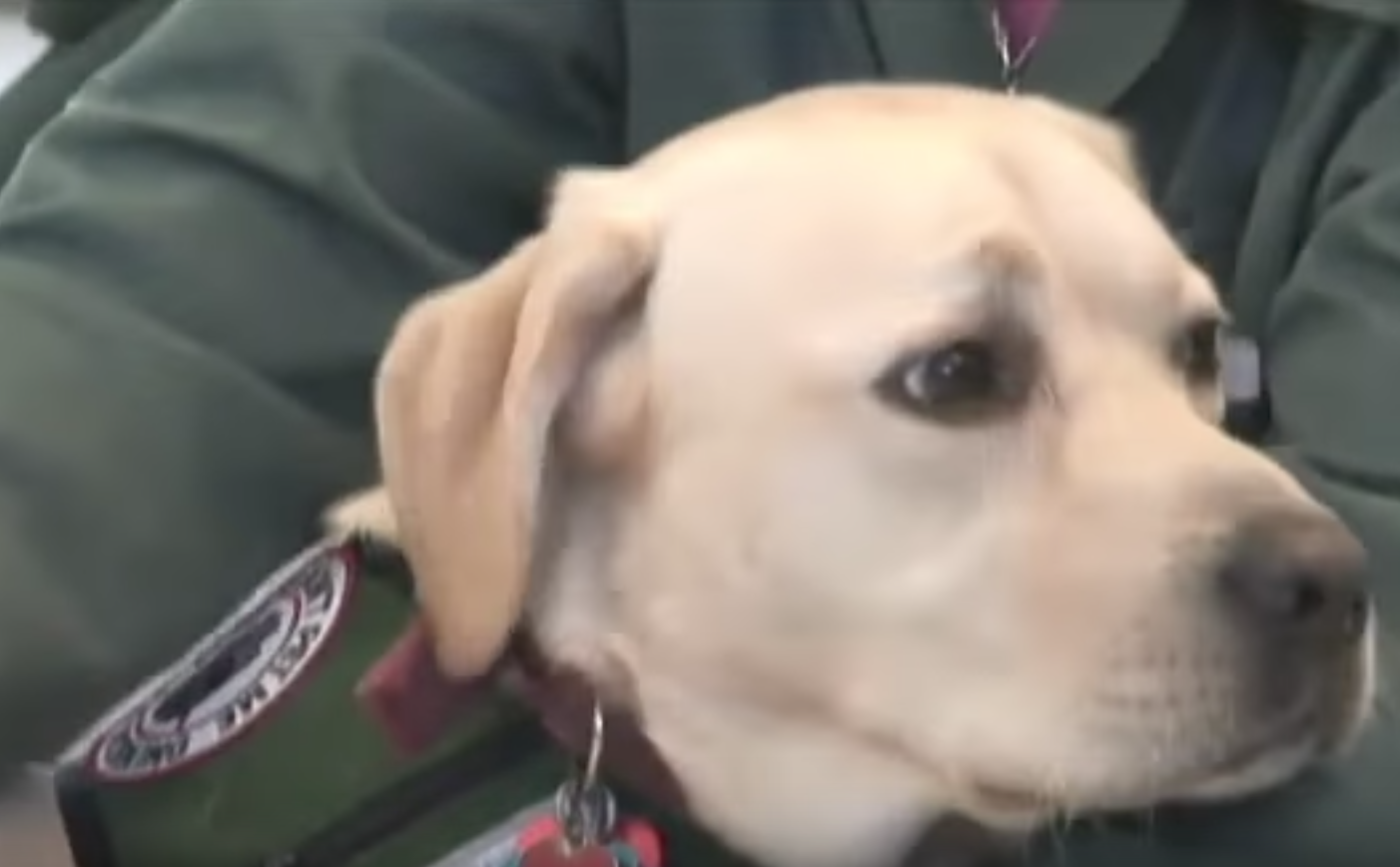 Bill Campbell got to meet the person who trained the dog that changed his life, and it made for a very heartwarming day. It was clear that Pax also made a big impact on his trainer’s life during the time they spent together.

“I realized that by giving me Pax and by taking him from me, they had given me the greatest gift anyone has ever given me in my entire life… it restored a piece of my soul,” Lauri said.