The Royal Society for the Prevention of Cruelty to Animals (RSPCA) in the United Kingdom are searching for the man caught on video, whose dog was seen pawing on the car door after the man abandoned the pooch on the side of the road just days before Christmas.

The RSPCA posted the following video:

PLEASE RT! We have CCTV footage of a man callously dumping a dog in Stoke-on-Trent. The distressed dog chases after the car as it drives away. Please help @RSPCA_official find the man responsible. Awful that someone can do this! The dog is thankfully ok and now safe pic.twitter.com/AW8HNvVwdQ

In the video, the man tosses the dog’s bed to the ground near a sidewalk and runs back to his vehicle parked across the street. The dog runs out of view and suddenly puts his paws up on the side door of the car begging to be let in. When the man drives away, the dog chases him. 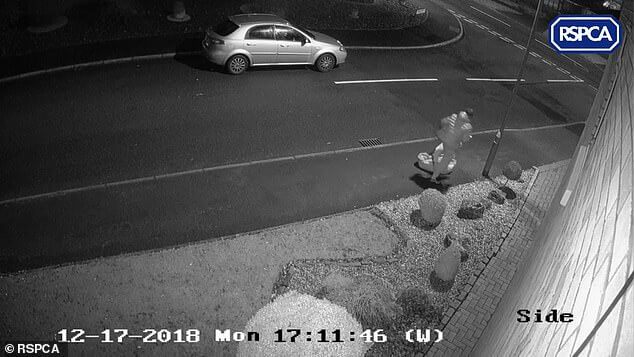 The dog has since been rescued and has been described as a bull terrier. He has been named Snoop and luckily was found by a Good Samaritan lying in the dog bed and waiting for his owner to return about an hour after he was abandoned. The dog has a microchip which has been traced to two previous owners, but it is not believed either one of the people were responsible for abandoning the dog. 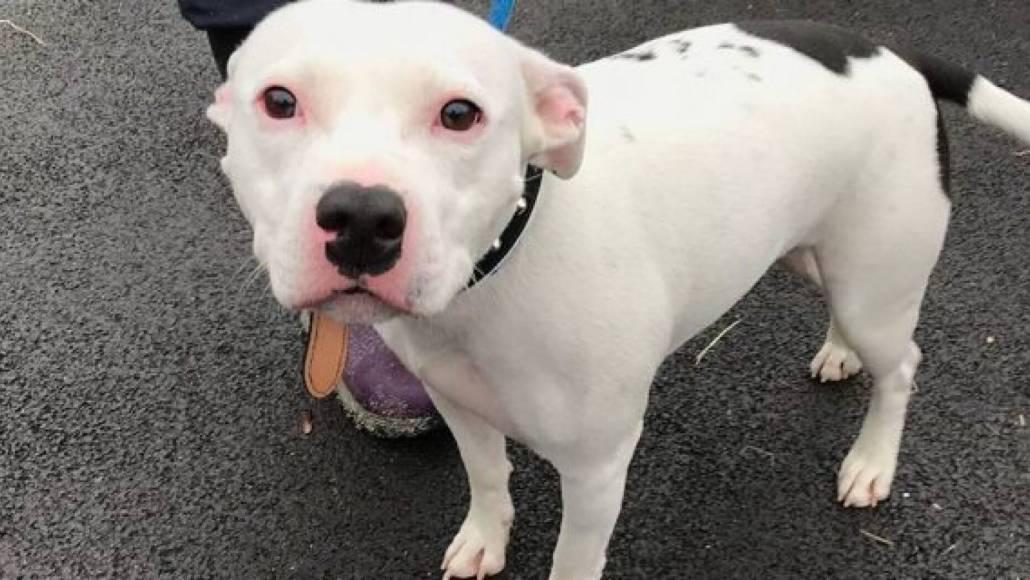 Since Snoop’s video hit the Internet, hundreds of people, including celebrities have offered to adopt him. He is two years old, healthy and extremely friendly. Help to find the person who abandoned this sweet dog. Anyone with information is asked to contact the RSPCA at 0300 123 8018.

(Photos and video of dog pawing the car via RSPCA)