Pit bulls are just the worst, aren’t they? They’re dangerous, their jaws lock when they bite, and they are known to attack innocent kids. There’s only one problem. Not one bit of that is true.

Since the 1980s, pit bulls have been demonized by the media. It’s gotten so bad, in fact, that pit bulls are more likely than any other breed to be abused, tortured, or abandoned. Every day, more than 2,800 are euthanized in the U.S. alone, adding up to over a million per year. Who are the real monsters in this situation?

Pit bulls’ jaws don’t lock when they bite. Their friendly temperament is considered to be second only to that of Golden Retrievers. What’s more, they used to be called “nanny dogs” and were often left in charge of babysitting children. The only “evil” pit bulls in the world are ones that humans have brutally abused and used for dog fighting.
Don’t believe me? Just watch this baby boy, Stone, cuddling with his pit bull, Belle. In just two days, this clip by mvp_bullies has been viewed over 27,000 times

However, it’s not the only adorable video of this dynamic duo! Over and over again, Stone’s mom, Jade, has captured the sweet nature of pit bulls.

Looking at her photos and videos, it’s easy to see why pit bulls were once considered to be excellent babysitters. 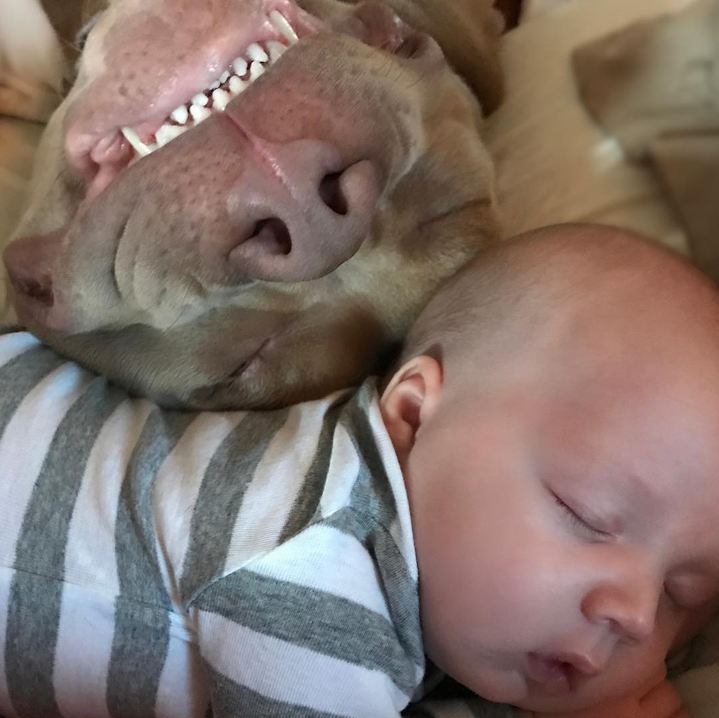 It’s time to change the conversation about these wonderful animals. 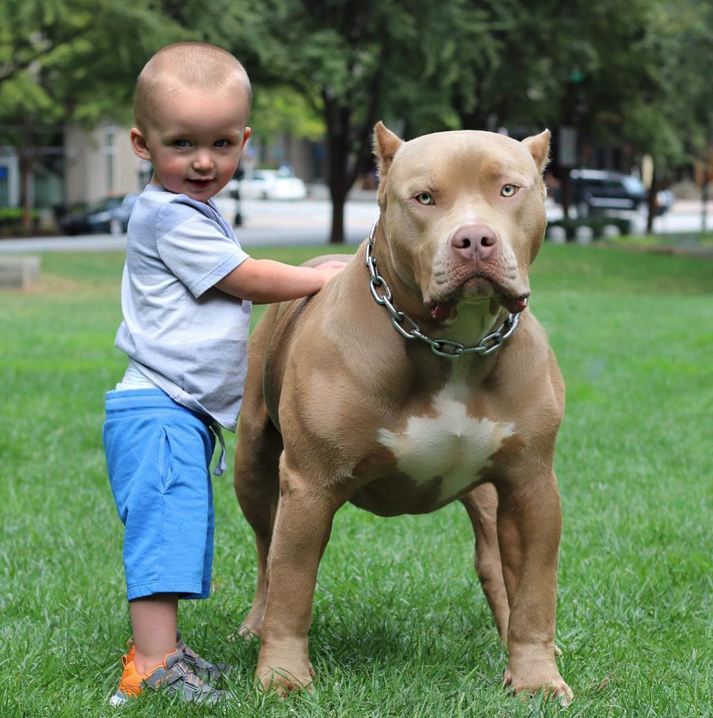 And to appreciate them for what they are: big, lovable furballs!