The estimated 8-year-old pit bull arrived at Animal Charity of Ohio over five years ago covered in sores. He was found chained outside with an untreated case of mange. The rescue took him in and gave him daily medical baths.

He also tested positive for heartworm, but underwent treatment and is now cured. Through it all he never stopped wagging his tail. 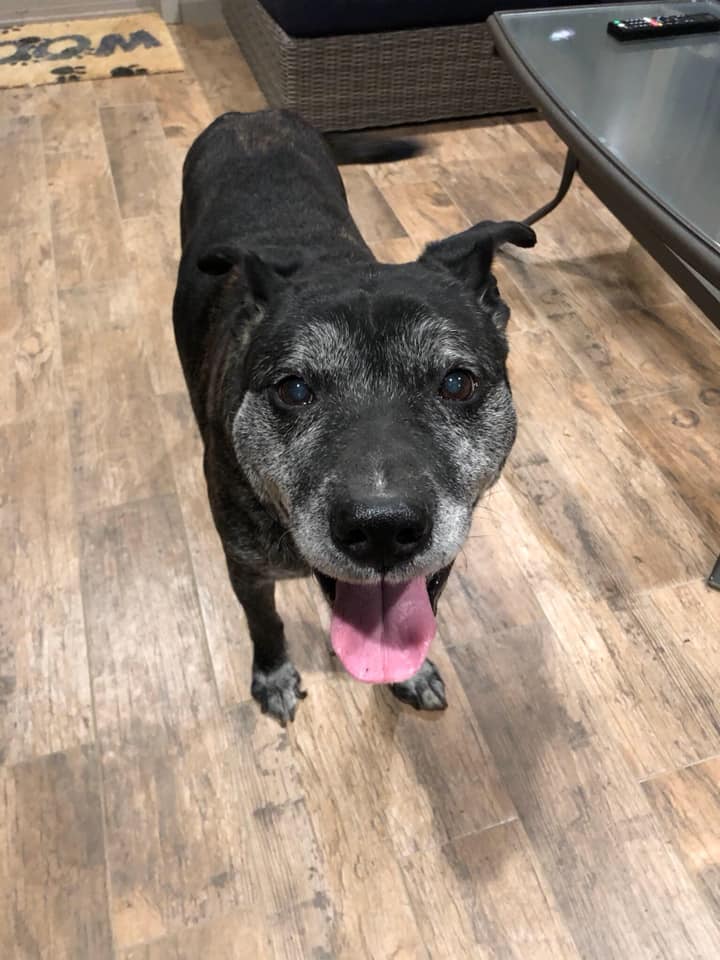 But the years passed and no one came forward to adopt the sweet boy.

Doug works across the street from the rescue and for the past five years has spent his lunch break walking shelter dogs. For the past three and a half years, he has worked with Caesar and made it his mission to find him a loving home. 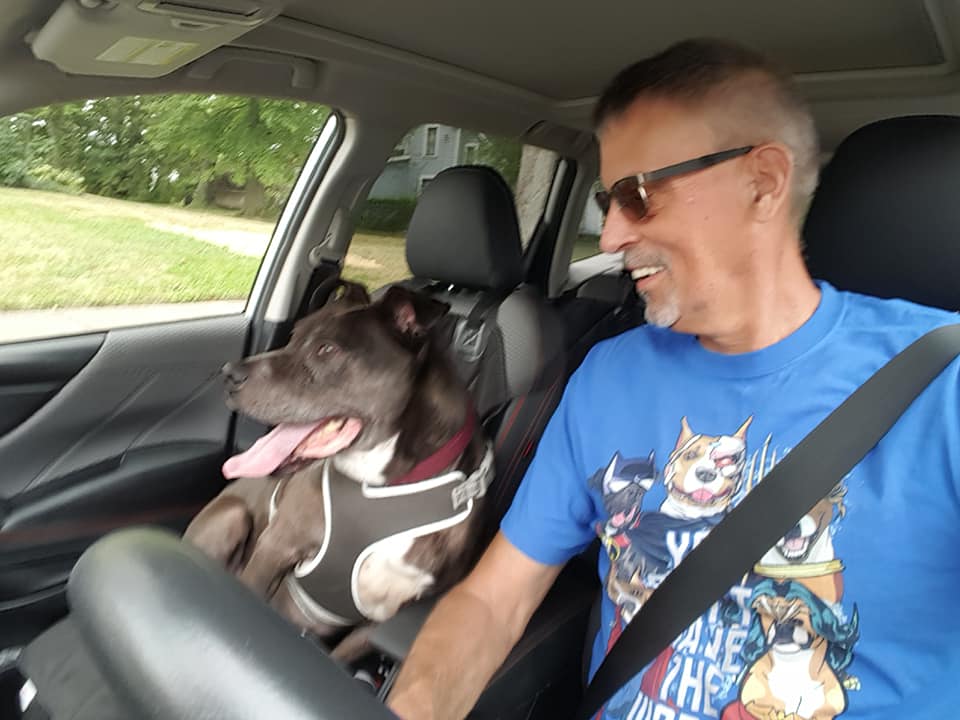 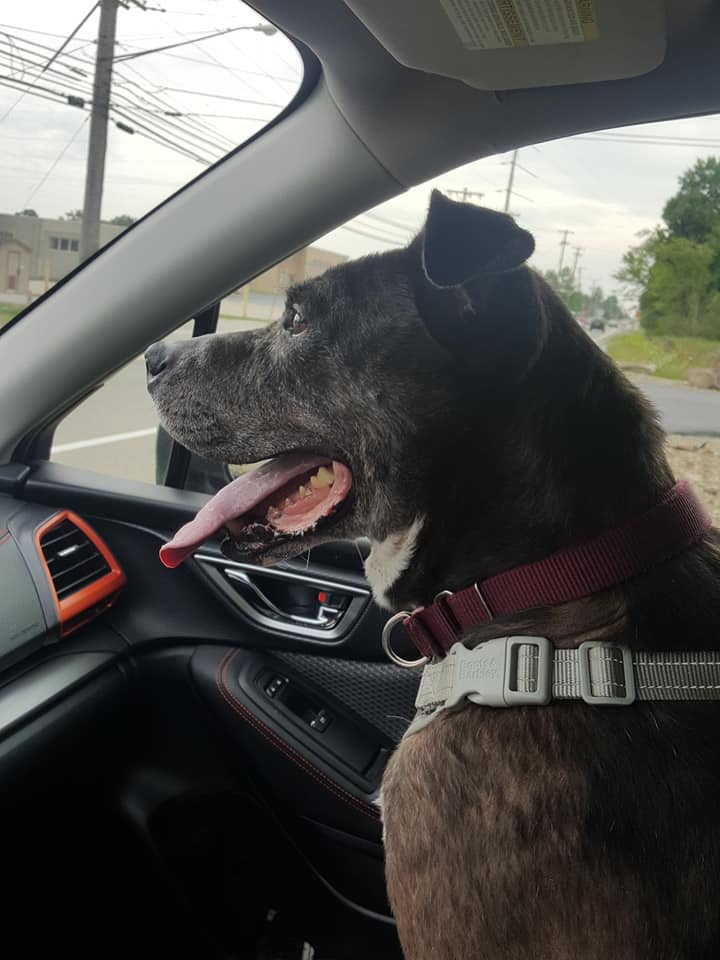 Caesar has finally found his forever home thanks to Doug sharing his picture on social media.

Doug is so happy for his pal and shared how it happened in a post. “Thank you, Barb, for contacting me. Through social media Barb saw Caesar and reached out to inquire about him. THAT is proof, in my eyes, that ‘sharing’ on social media REALLY helps.”

But Doug does not see himself as a hero. “I have just been fortunate enough to meet Caesar, as well as many other wonderful dogs, and taken a strong interest in him,” he wrote. “If you wanna meet the REAL heroes you gotta go beyond the second door, where it gets pretty loud and sometimes smelly. THAT is where the caregivers (heroes) tirelessly work.”

The shelter shared the great news on Facebook, “We love this sweet boy so so much!! Thank you Barb for working so hard to give him his much deserved life! We are going to miss him like crazy! We wouldn’t want him to be anywhere else but snuggled on a couch and running around in his new yard!”

Doug will continue to help shelter dogs by taking them for walks and sharing their photos. He knows Caesar will be happy in his new home. He said, “Gonna miss our walks but, now, the door opens for another deserving dog to enjoy similar pleasures.” 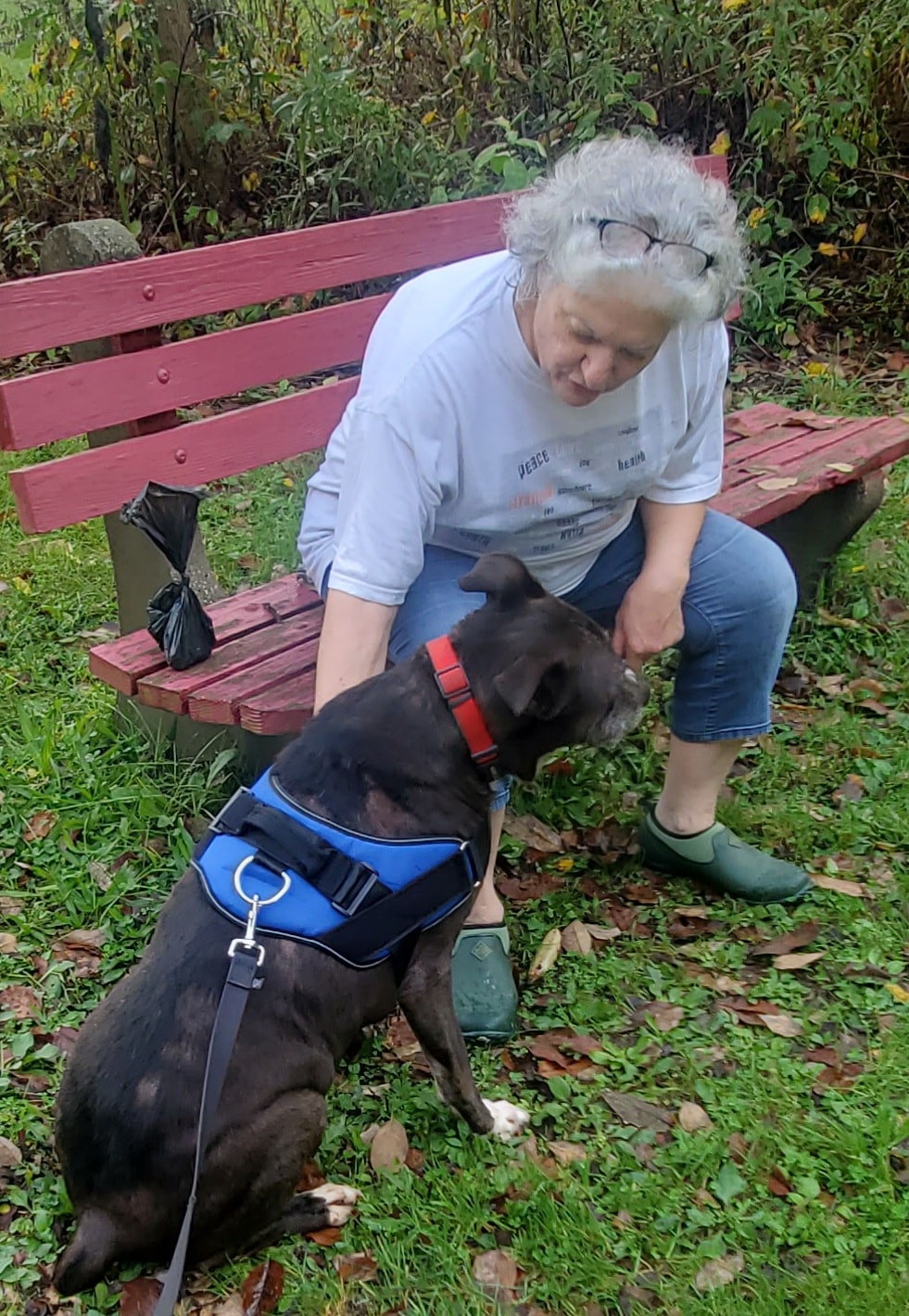 The rescue has many more shelter dogs who would love to find a loving home. “We have some really amazing dogs — like Ceasar — who have been here for years,” states Adoption Coordinator, Jane MacMurchy.

Spike, a pit bull mix, has also been patiently waiting for five years for someone to pick him. See all the adoptable dogs here.