A dog became an online sensation after his owner posted a Twitter photo of his questionable new haircut.

Twitter user Lindsay Martin shared a photo of her usually shaggy dog, Wembley, sporting a lone tuft of curly hair on his head following a trip to the groomer, UPI reported. 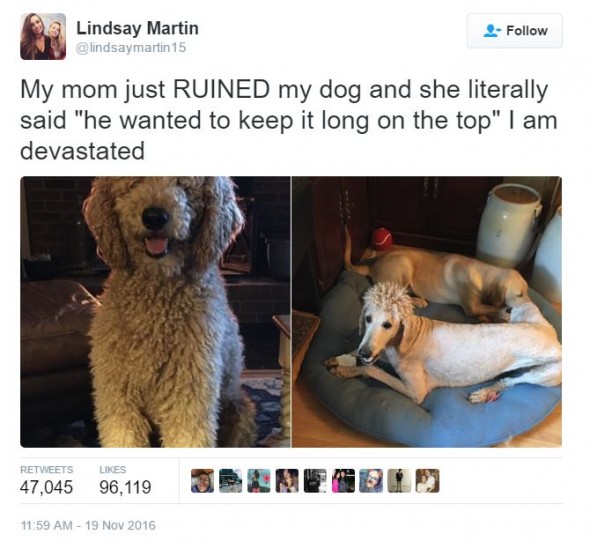 “My mom just RUINED my dog and she literally said ‘he wanted to keep it long on the top’ I am devastated,” she wrote. 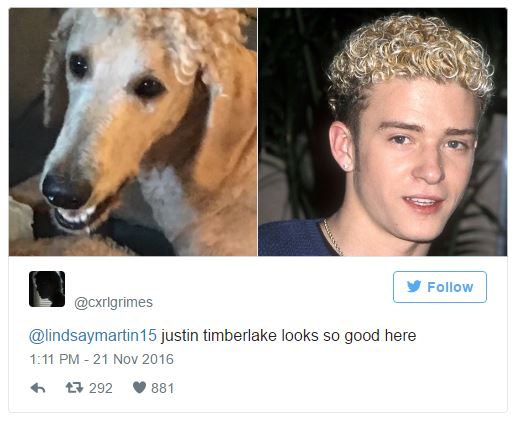 While some found the look cute and funny, other online observers went on to call the haircut animal abuse, which Martin quickly dismissed in a series of Tweets in which she embraced Wembley’s style.

“Disclaimer: it was funny and I’m not actually upset about it. There are worse things in the world and his hair will grow back,” she wrote. “It is also not animal abuse to give a dog a haircut, our dogs are treated like royalty.”

Martin also assured people that Wembley has a sweater to keep it warm and is typically kept inside, where he is well loved, regardless of his appearance.

“Wembley is the best dog in the world,” Martin said. “Fluffy or Fieri.”