The popularity of food trucks in the United States has exploded recently, and in almost every major city there are a few that specialize in a particular style or flavor profile.  This is great because it gives people options to eat foods that they may not have before.  This is great for humans, but what about dogs?  Is there a food truck for them somewhere?  In Washington, the answer is YES!

The Seattle Barkery is a new mobile café for dogs.  Everything they make and serve is aimed towards giving dogs a similar freedom of choice like we as humans have.  For their furry, four legged customers, they have everything from bacon cupcakes and peanut butter pumpkin pretzels, to chicken feet and duck necks.

The truck is run by co-creators Ben and Dawn Ford.  According to Dawn, “There were a lot of recalls on dog treats, grocery store brands especially, and I didn’t feel safe not knowing what treats I could use.  I started making my own treats and the dogs started loving them.” 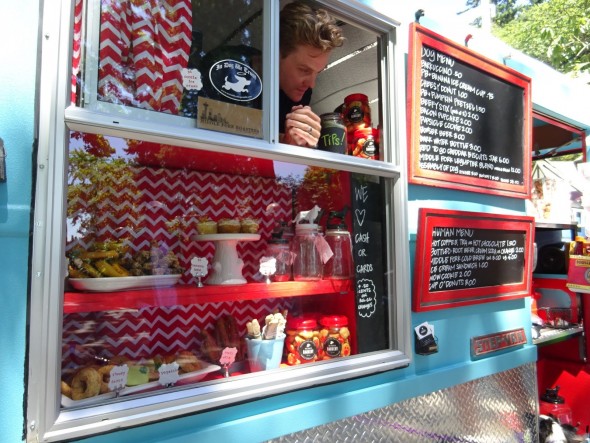 The Fords got the idea for the food truck after a short stint in the Shoreline Farmer’s Market. They were selling their wares there at the time, but thought that going mobile would only help their business. So, they purchased a food truck from someone, completely renovated it, and haven’t looked back.

The Fords publish all of the locations that they will be visiting on a day to day basis. They use many forms of social media, but you can click here to be taken to a schedule. You can even meet their rescue dog Sherman, who is often traveling from place to place with them.

Some people don’t get the idea of the food truck being geared towards dogs. They find that either people will order something from the menu, thinking that it’s meant for human consumption. It’s not that they don’t have food and such to offer the humans as well, but a beefy carrot bagel is intended for your dog. It’s either that, or they get mistaken for a hot dog truck. 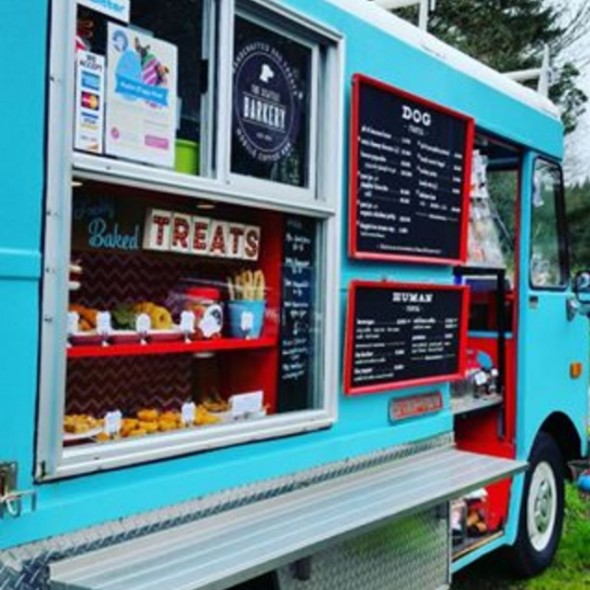 The Seattle Barkery is even expanding right now, and starting to carry treats for cats as well. Surprising enough, people want to purchase the treats for their other pets as well, regardless of the ability to bring them along on a leash. 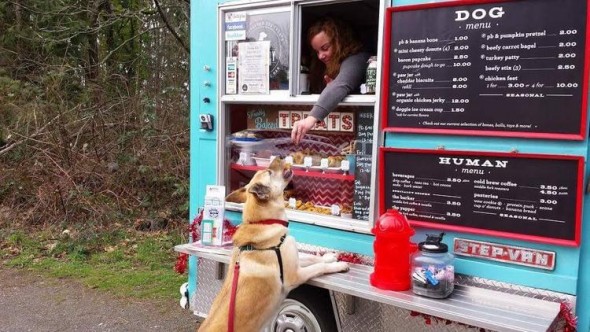 The Fords also put out a tip jar, but want people to understand that the tips don’t go to the humans working the truck. They actually donate the tips to the Old Dog Haven, which takes of senior dogs. Think of it like a retirement center for dogs.