This is the adorable moment a protective German Shepherd attempts to rescue its new lobster friend from being cooked for supper.

In the hilarious video, the huge fluffy canine, known as Sami, lies on the wooden floor as she tries to conceal the live sea creature under her paws.

As her owners approach to extract the lobster from her grasp, Sami whimpers loudly and bows her head protectively. 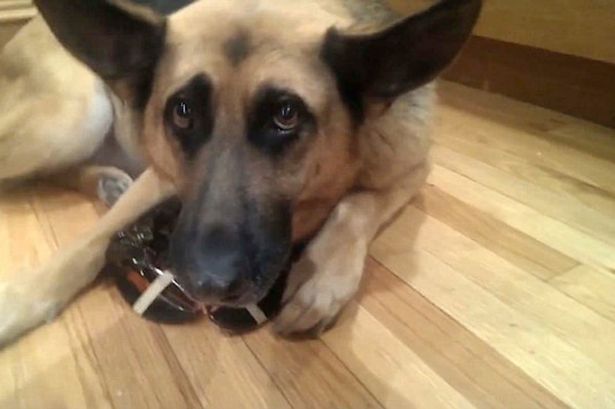 Moments later she traps the creature between her paws, preventing her owners from snatching it away.

And it seems Sami was not happy about sharing her new pal with other animals as well as humans, as she bared her teeth aggressively when a second dog approached to take a look at her new ‘toy’.

Sami’s owner, from New Hampshire in the US, said: “My wonderful German Shepherd, Sami, has always had a motherly side to her even though she has never had puppies of her own. 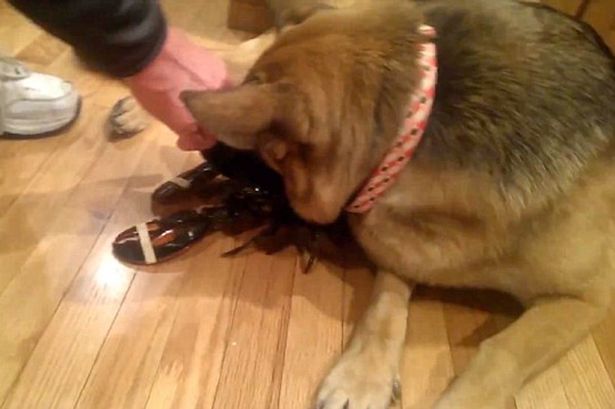 “I’ve seen it with babies, kittens, even my pet snake. However, we were very surprised to see her act protective over one of the lobsters we had planned to eat for a lobster dinner.

“She would show her teeth to my brother’s dog and hide the lobster under her head and even put her legs around it so we couldn’t take it away from her.”

The adorable clip has clocked up more than half a million views since it was uploaded to YouTube.