It was the week before Christmas, and rancher Roger Jacobs of Shepherd, Montana was looking forward to a cozy holiday with his family, including his seven-year-old hunting dog, Salty.

But when he accidentally left the gate to his property ajar, it didn’t take long for Salty to plunge into the freezing Montana countryside and disappear.

Jacobs blew his whistle and called for her, but when she didn’t come back, he feared for the worst. 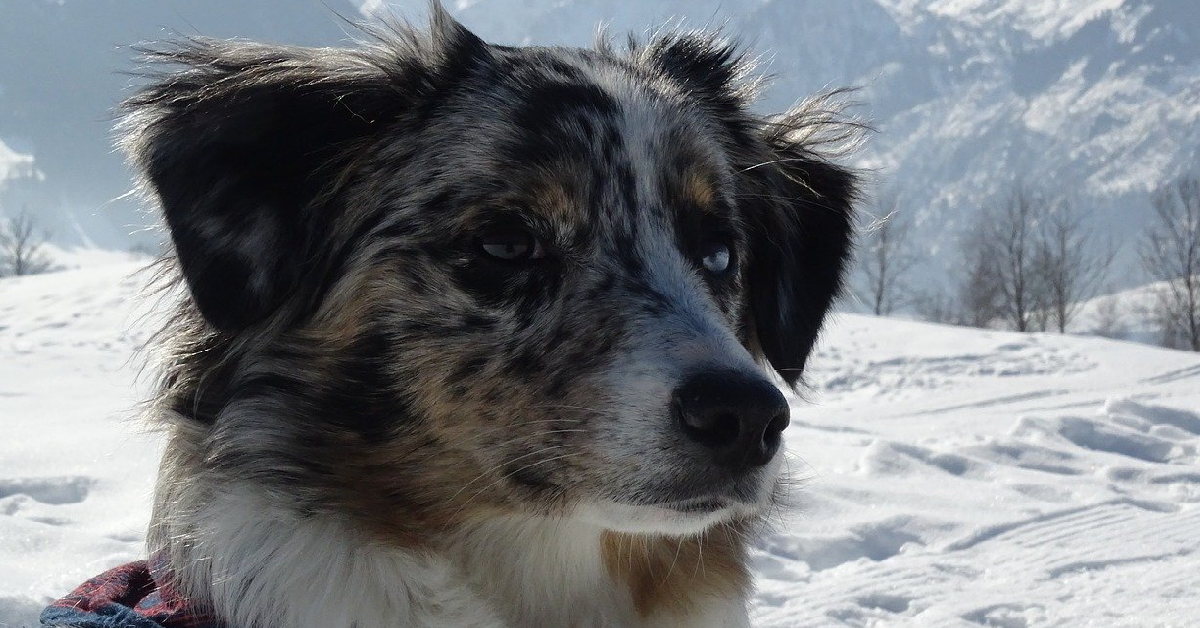 Temperatures that night were well below zero, but Jacobs and his daughter, Becky, kept hope. “We searched for days, put everything out on the internet, drove day and night looking,” he told KBZK. But days stretched on until it had been nearly a week since he last saw her.

Jacobs was starting to give up hope that the dog he’d raised from a puppy was still alive. Then his daughter got a call. 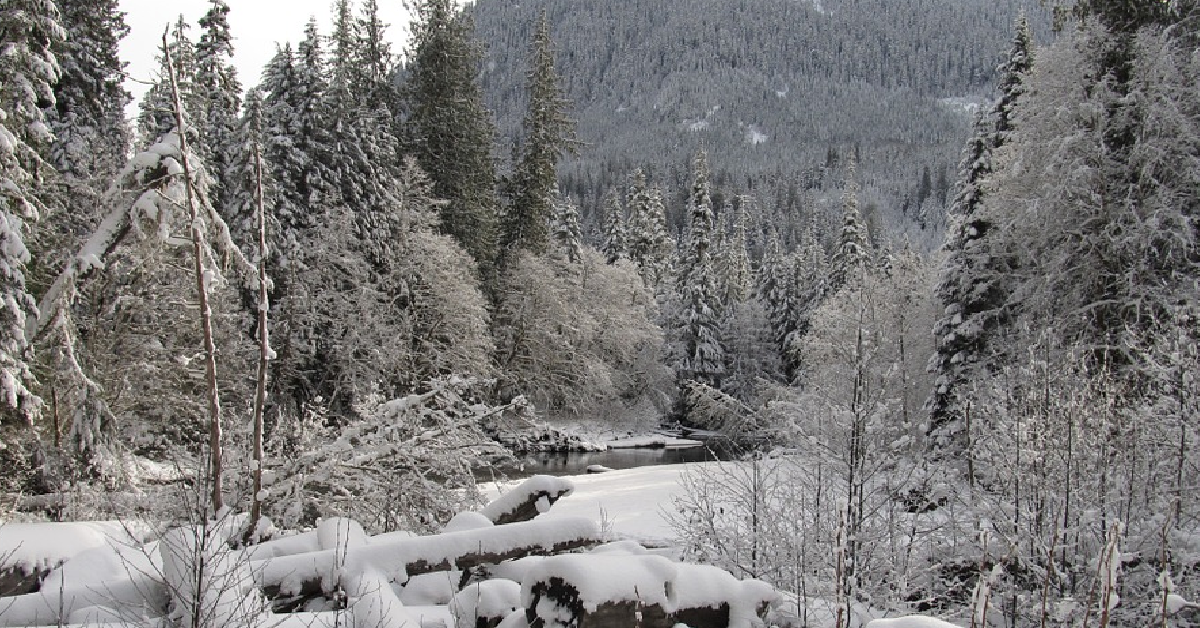 Writing on Facebook, she explained that their family friend Bill Lepley had given her a call on the morning that marked one week since Salty’s disappearance:

“He called late this morning and asked if we had found my Dad’s Salty yet. I responded with the usual disappointed sadness. He then says, ‘Well, I am down here by Cowboys looking at a dog across the river that could be her?’ Sure enough, 1 week later she is FOUND! Feet are cold, one good gash on her leg and a little skinny but otherwise healthy and happy as can be!” 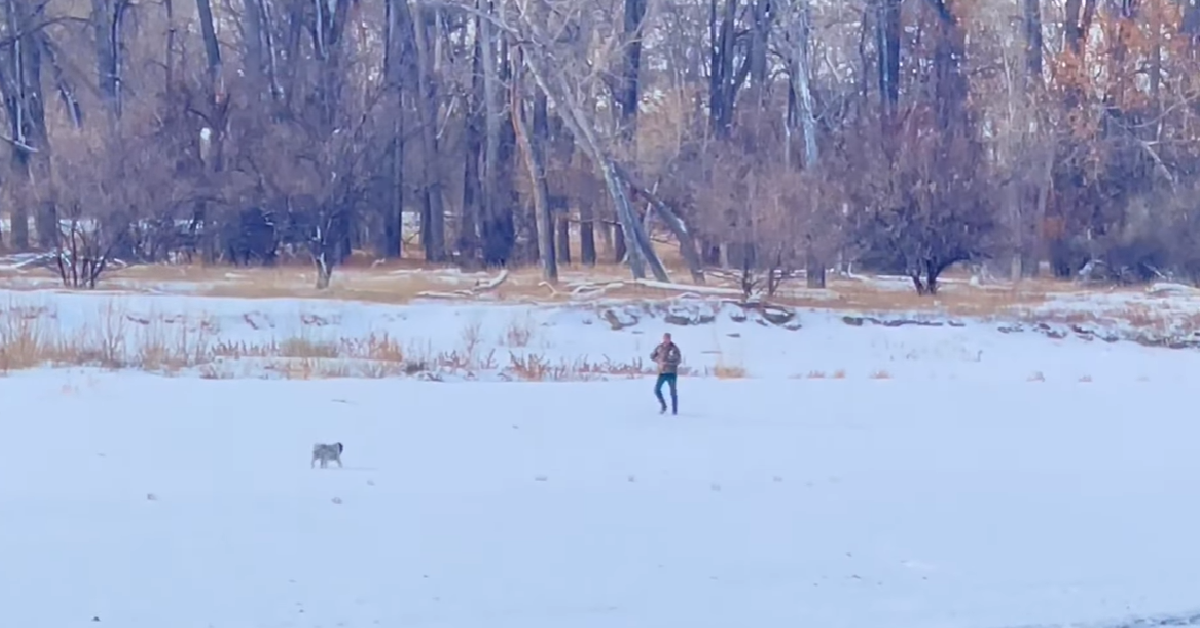 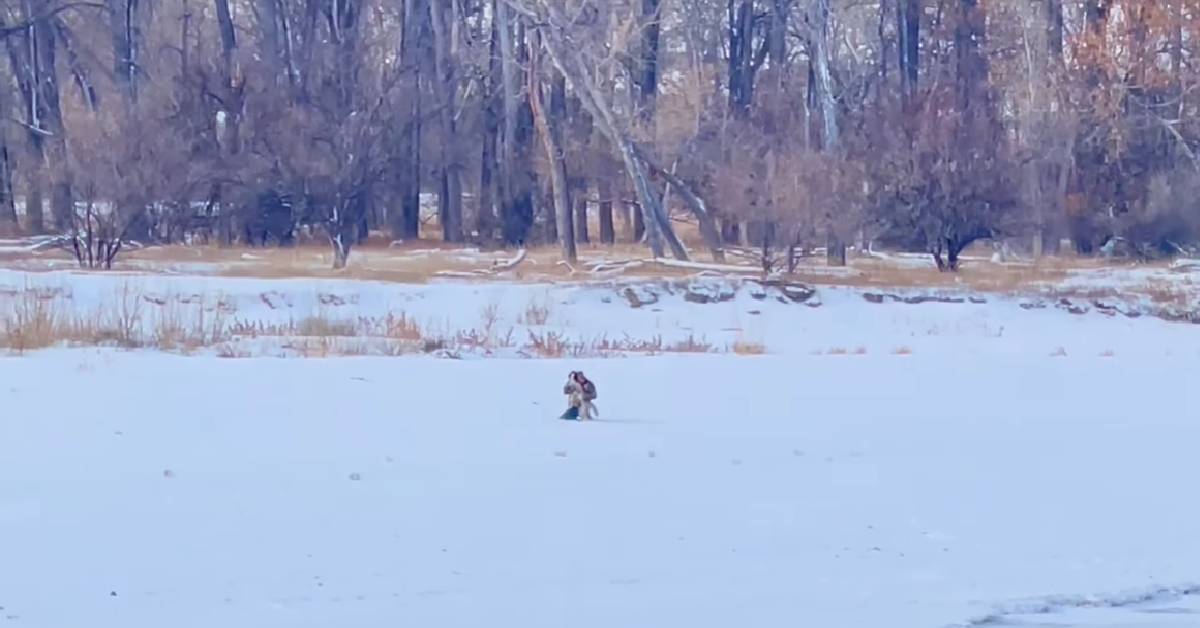