When it comes to rescue doggos, you don’t always get a manual or a history of their life. Sometimes, you come to the shelter and you’re presented with a beautiful creature, with a host of problems that you don’t know how to fix and where they started, but you’re determined that this woofer is going to find love. 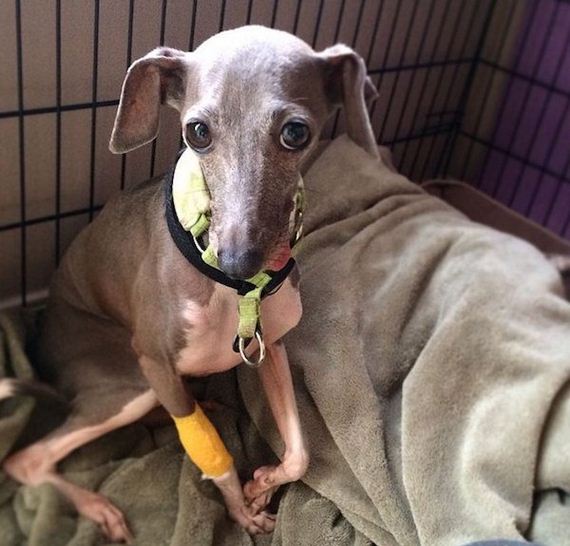 That’s the story of Weezy. She’s an Italian Greyhound, who was left abandoned at a rural Alberta, Canada animal shelter and she’s afraid of everything.

But don’t worry, she got her happy ending and it was all shared on Instagram, by the people that would ultimately save this dog’s life. 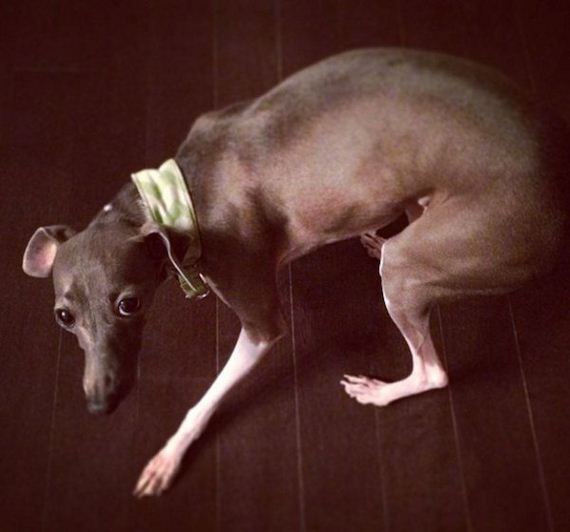 While at the shelter, Weezy’d spend her time in her cage trembling and hiding under a blanket. The first family to come see Weezy and adopt her, ended up bringing her back the next day, saying she was too scared.

Lucky for her, however, that there was a family out there that knew how to cure fear: with patience and love. 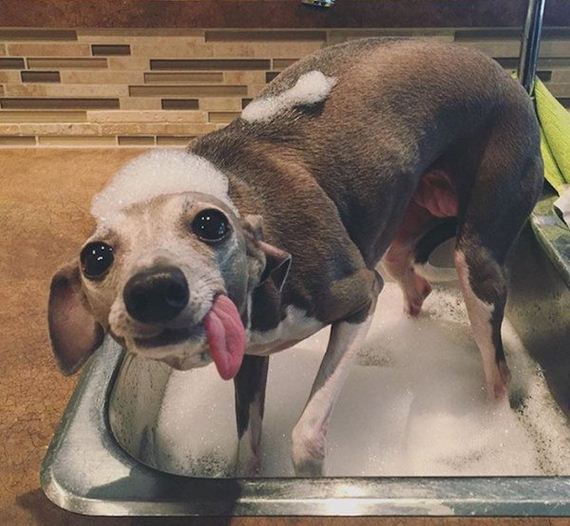 Sarah Mavro heard about about this terrified dog and decided that she was going to come help. She drove two hours, from Edmonton, AB, to the shelter, and promptly adopted Weezy, bringing her home.

The first thing was to get her cleaned up and checked out. As it turned out, after a thorough examination, Weezy had several rotten teeth that had to be removed, giving her this distinctive hanging tongue. But once all her physical ailments were addressed and she got a clean bill of health, Sarah moved on to the next part of her plan.

Love Weezy until she comes out of her shell. 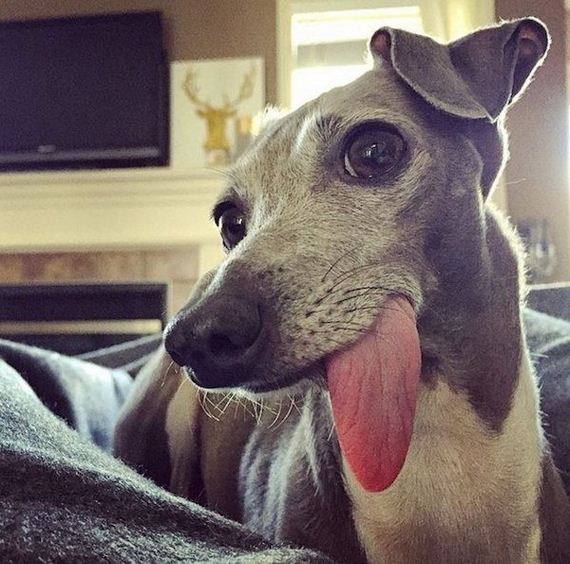 That, however, was going to take a lot of work and patience.

Mavro found that Weezy was still incredibly timid, and wary of strangers. She never made a sound and spent a lot of her time hiding. She didn’t even like going outside. 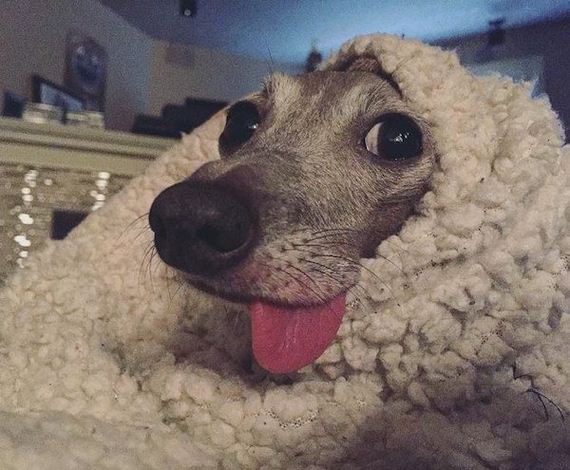 When it comes to security blankets, Weezy takes that literally. She’s to a fuzzy blanket that she wraps herself up in and just lays there, with her sad brown eyes and loose tongue hanging out.

But it didn’t say that way for too long. 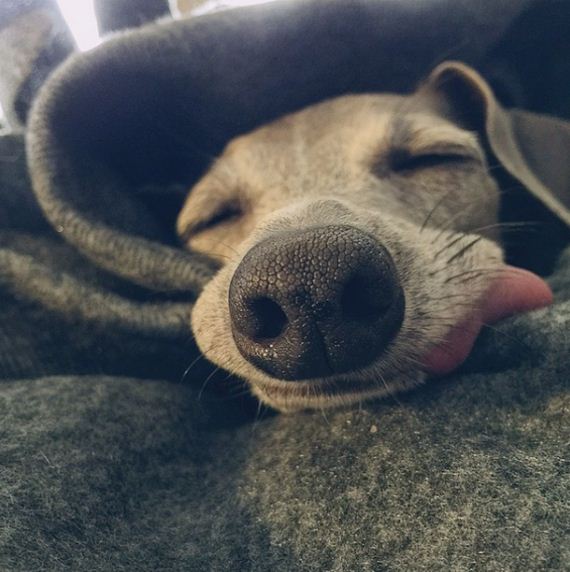 A short while after being adopted, the Mavro and her husband found that they could sit with Weezy, while she was cuddled under a blanket. She’d watch Sarah’s husband play video games and slowly become acclimatized to the couple. 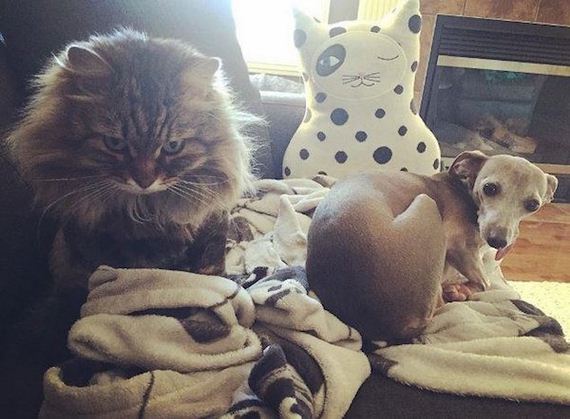 That was 3 years ago, and it’s taken this long for Weezy to come out of her shell. Mavro admits that Weezy just barked recently and is more comfortable around the other pets and the couple. 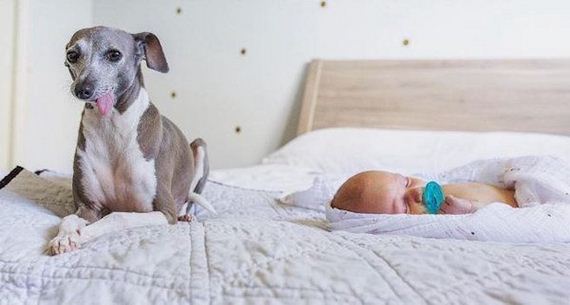 Then the couple had a son, Evan, and everything changed. 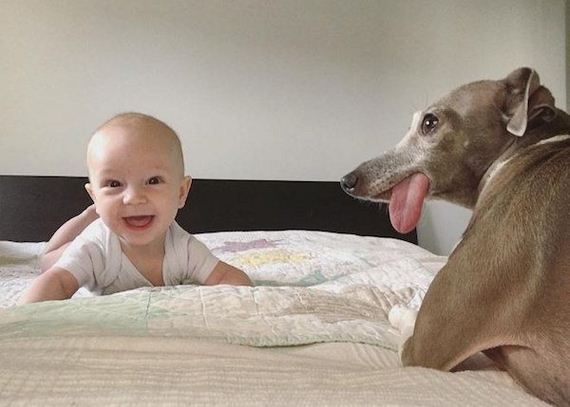 Weezy promptly fell in love with the new arrival and the feeling, as it turns out, was mutual. Evan loved his new big brother. 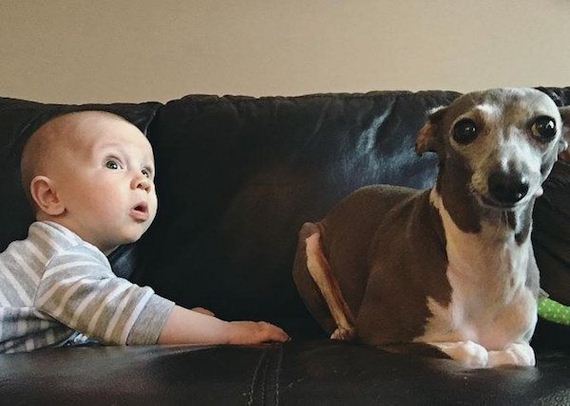 Now, they’re inseparable. After 3 long years with Sarah and her husband, it only took Evan 7 months to turn Weezy from her old scared self, to a confident and patient doggo. In fact, they’re certain that Weezy loves Evan more than she loves them. 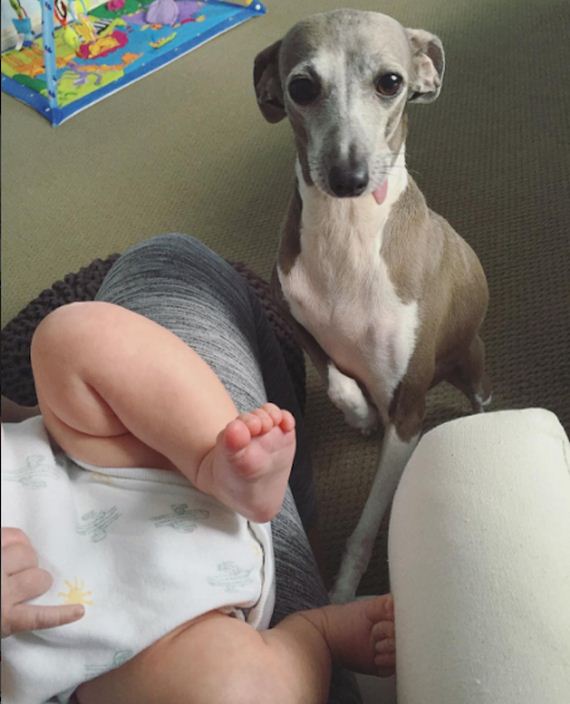 As it turns out, it was an infant, innocent in the ways of the world, that would teach Weezy about love, gentleness and patience. Somehow, all the old fears that Weezy had, were buried. 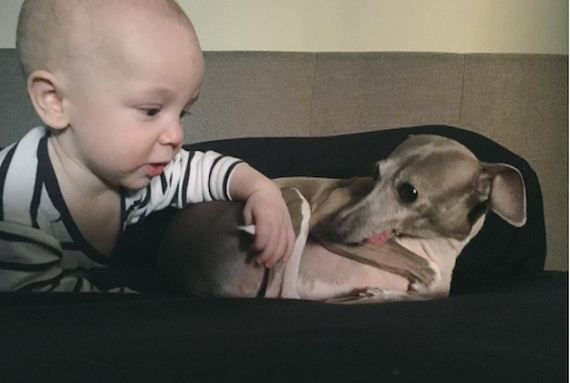 She’s so gentle with him, even though, as a 7-month-old, he puts his hands everything. 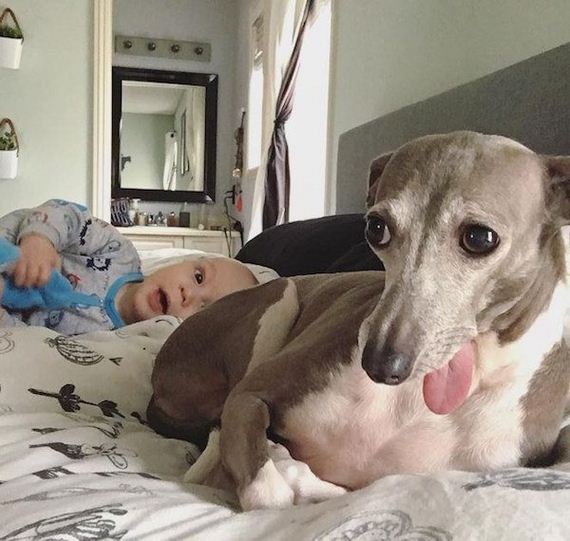 Dunno about you, but this makes me feel all warm and fuzzy inside. 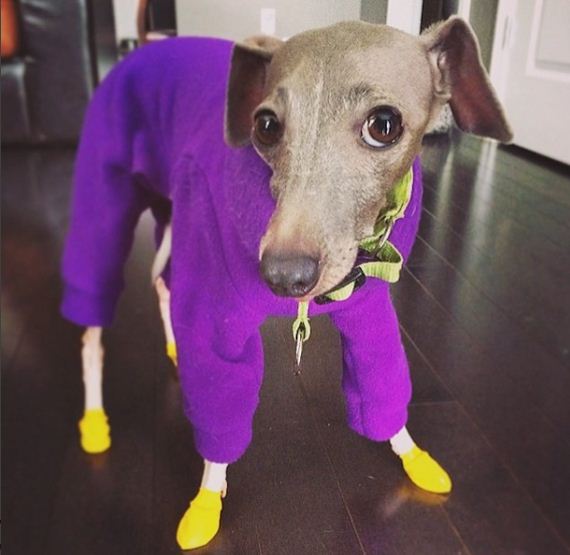 Weezy’s snowsuit. Guess who’s brave enough to go out into the cold, Alberta winter? This girl.

Couldn’t have done it without all the love from her parents and her new brother.

Someone call Hewey Lewis and tell him the news: this is the power of love.