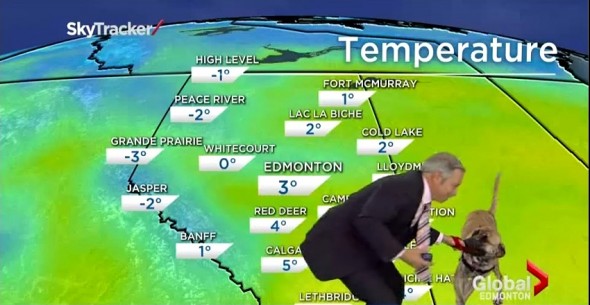 If you were hoping to get the forecast in the Edmonton area last week, you might have had a difficult time – Ripple the rescue dog, who was visiting the studio, was far more interested in playing than in letting meteorologist Mike Sobel do his job! 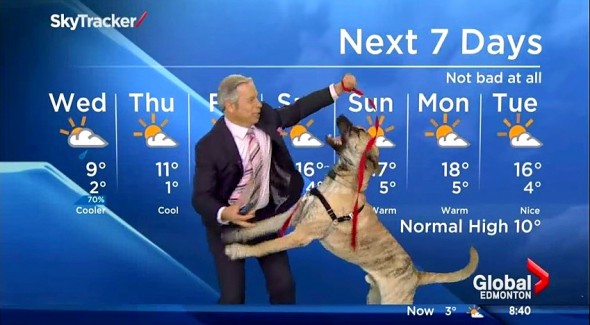 The year-and-a-half-old mastiff mix was on set as part of an adoption advocacy segment from the Edmonton Humane Society.  Sobel held Ripple’s leash and made a valiant effort to broadcast the weather as the rambunctious dog made every effort to get his attention. 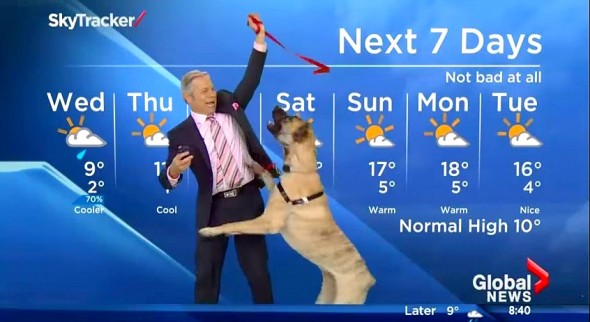 Ripple playfully chomped on his leash and finally got his way – Sobel was forced to give in and let him have the impromptu game of tug-of-war!