Human beings can be cruel beyond imagination. It’s always horrible to hear stories about the vile nature of man without actually witnessing it firsthand.

Unfortunately (and fortunately), these bikers witnessed the horrors of man on the side of the road.

When these two bikers from Arkansas rode along the rural countryside, they spotted something unusual off in the distance. When they arrived at the signs, they jumped off their bikes and went to go check it out. Thank goodness they did

The bikers spotted a crate in the distance and moved closer to check it out. 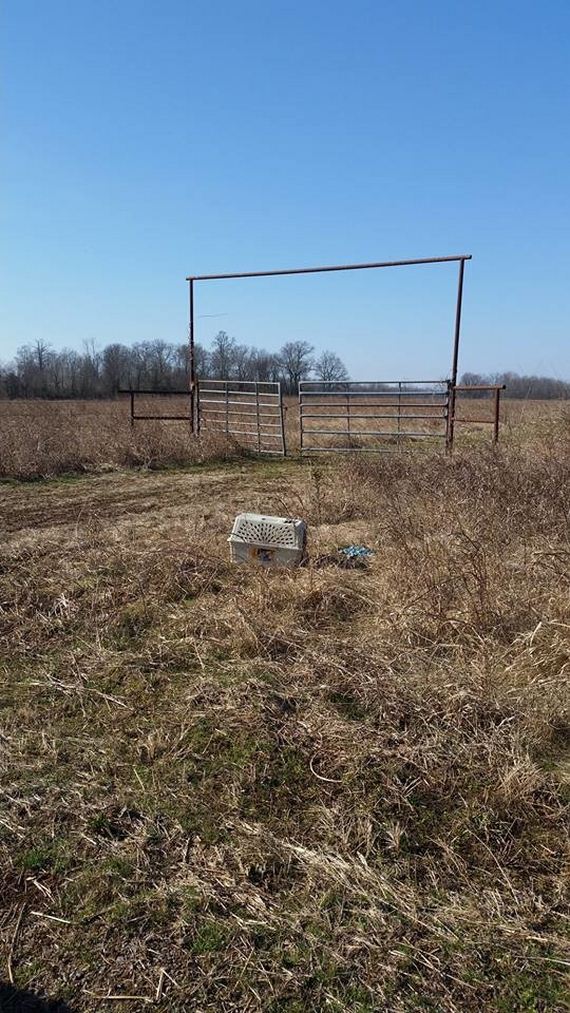 They eventually saw that the crate was chewed up as if something was still inside, trying to escape. 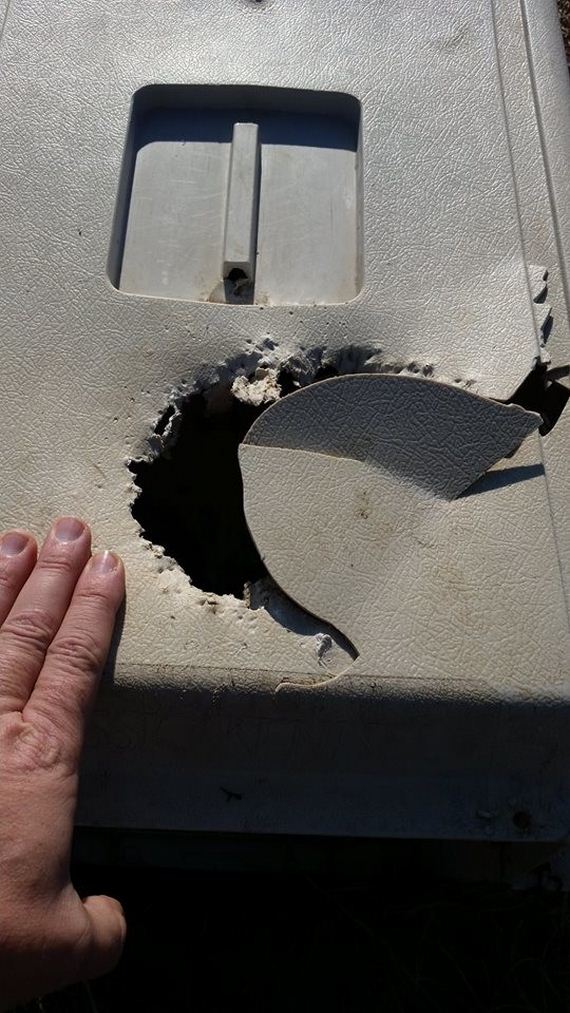 Their hunch was confirmed when they found this poor dog in the crate. It was apparently abandoned and left for dead by her “owners.” 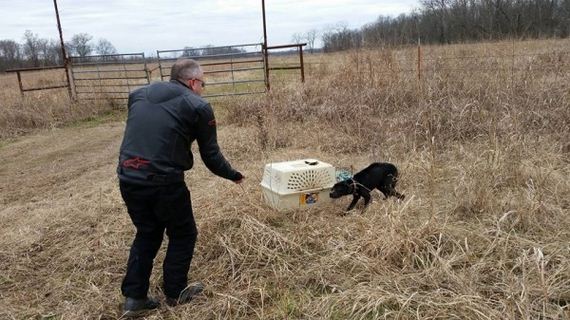 They immediately gave the poor pup some food for nourishment, as it seemed like she hadn’t eaten for days. 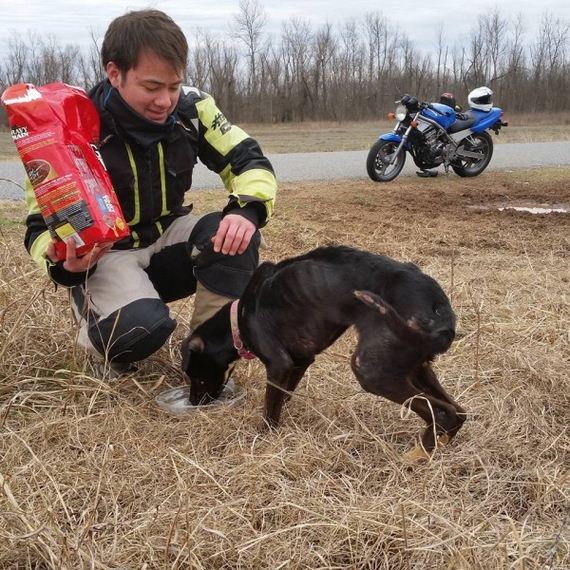 They took the emaciated little lady into their car with the hopes of rehabilitating her and getting her back to full health. 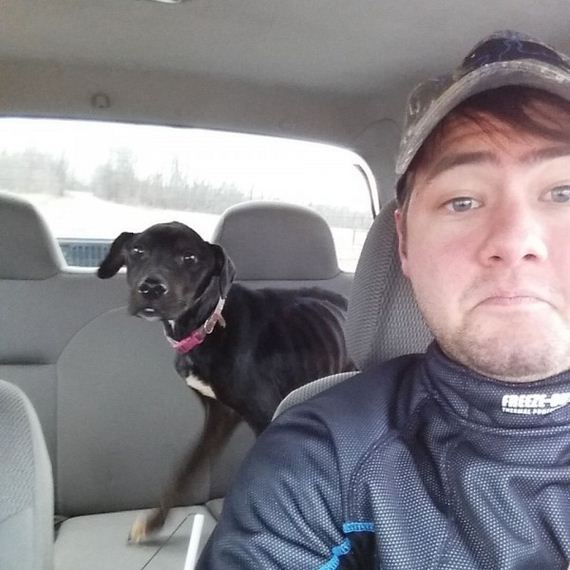 She didn’t seem to mind the idea. 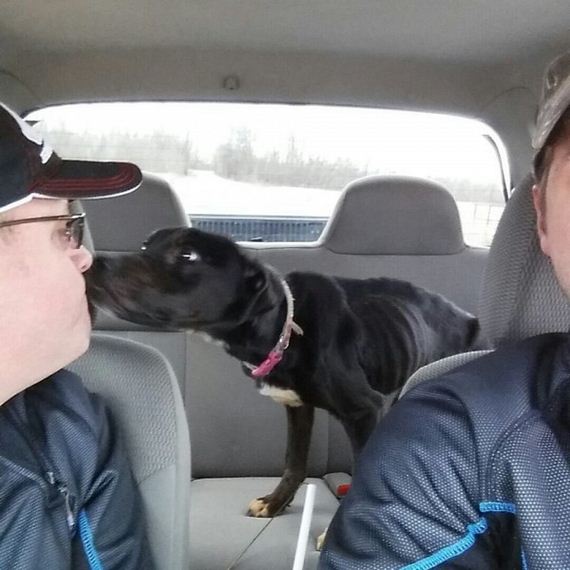 The first wanted to give her a bath to make sure she was clean after living in a horrible crate for a long time. 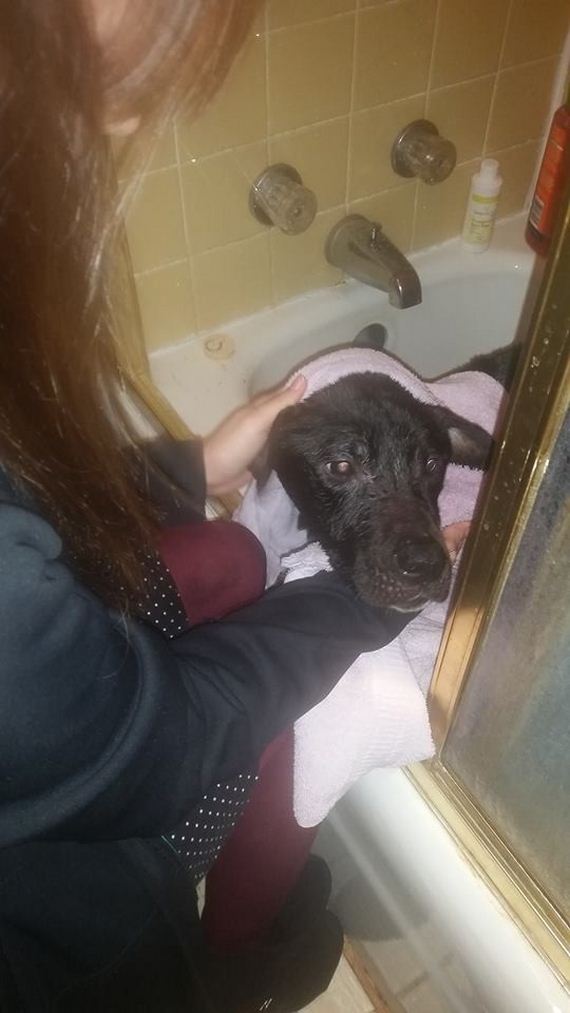 Next up was a trip to the vet to get her in good health. Unfortunately, since she was living in a cramped space for so long, her nails had grown so long that they grew backwards into her paws. 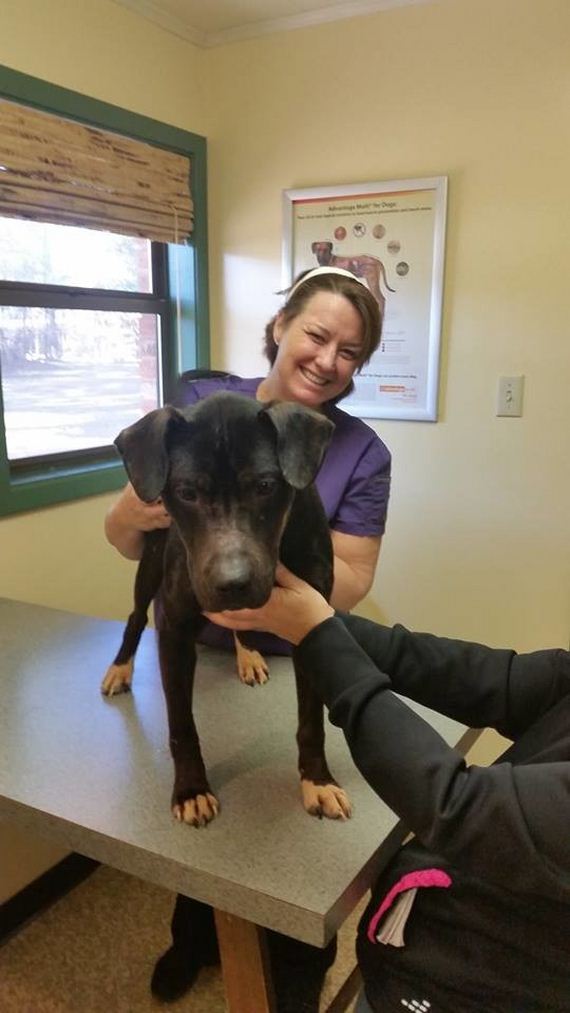 The bikers decided to keep her and pay for her medical needs. Several people donated to the cause once they posted their story on Facebook. 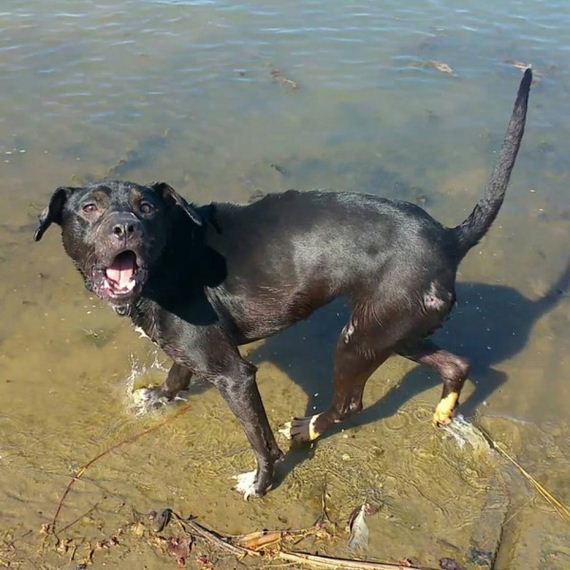 She now lives in a loving home with owners who know exactly how to take care of her. 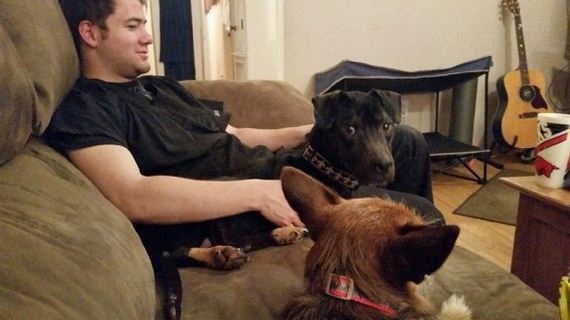