When you see someone you know you can click with, sometimes the pull is undeniable. Maybe it’s just a chemical reaction in the brain, or maybe it’s a deeper universal power in the universe, either way there is little fighting love at first sight.

Especially not when you’re an energetic puppy.

The dog in this video is quite sure she’s met her best friend. Her tail is wagging so wildly, it’s nearly pulling her up off the floor.

The object of her affection is less than exuberant, to say the least. The stout-shelled tortoise seems hesitant to interact with the perky puppy, and keeps pulling her head into her shell. 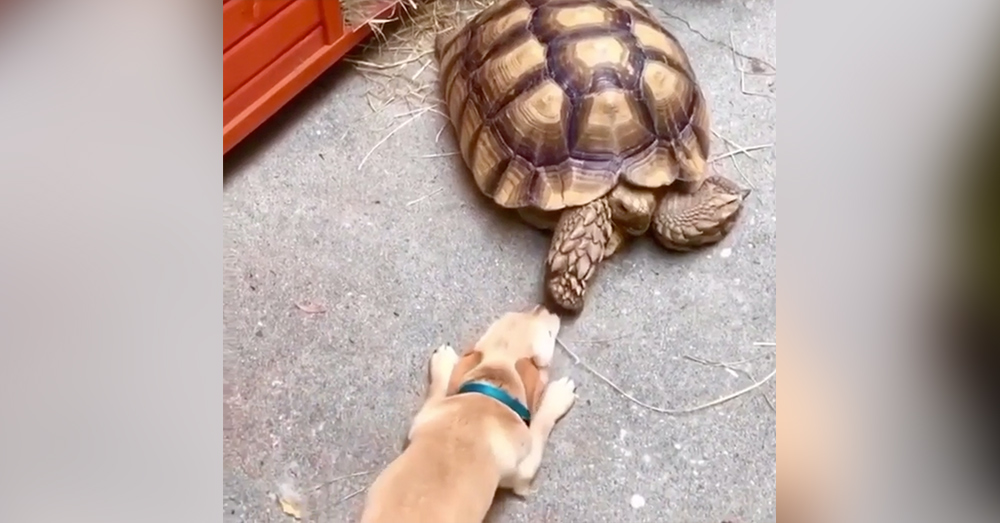 Ok, so maybe love at first sight doesn’t always work both ways. Will this pair ever reach past their genetic differences to share their respective outlooks on life? Will tortie come out of her shell? Will the wagging ever cease? 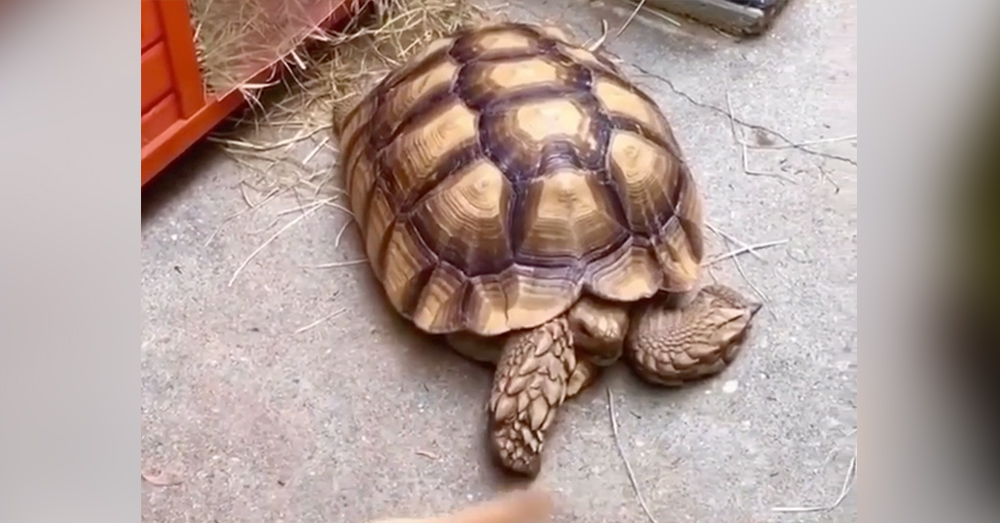 “Hey! You’re not a rock! I thought you were a rock! But you’re not! Hey! Wag your tail Not-Rock! I see your head! Not-Rock is my friend!” Commented u/governmentthief.

“When you are painfully shy, and, you meet the other kids at the new school,” suggested u/gereblueeyes.

“I relate more with the tortoise,” commented u/Omikets. 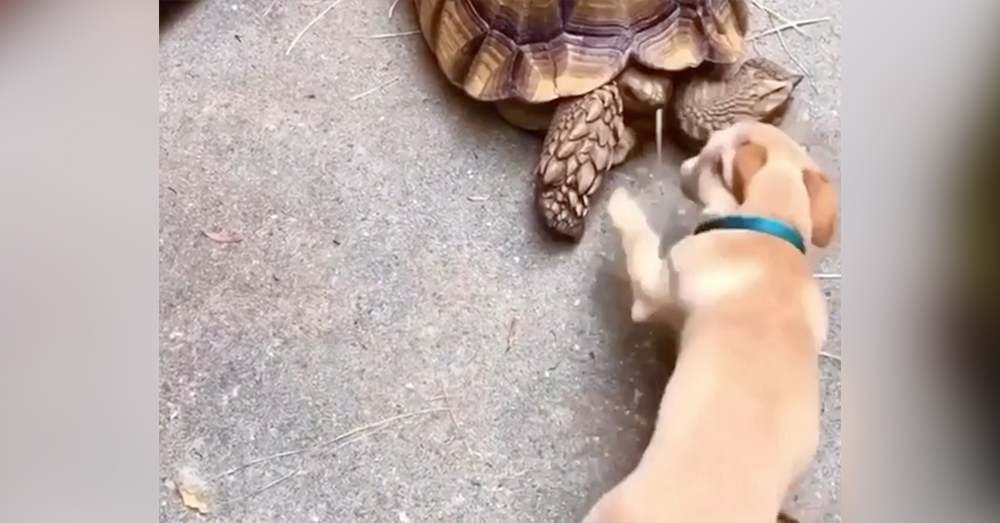 “What kind of dog is this?” asked u/cadencehz. 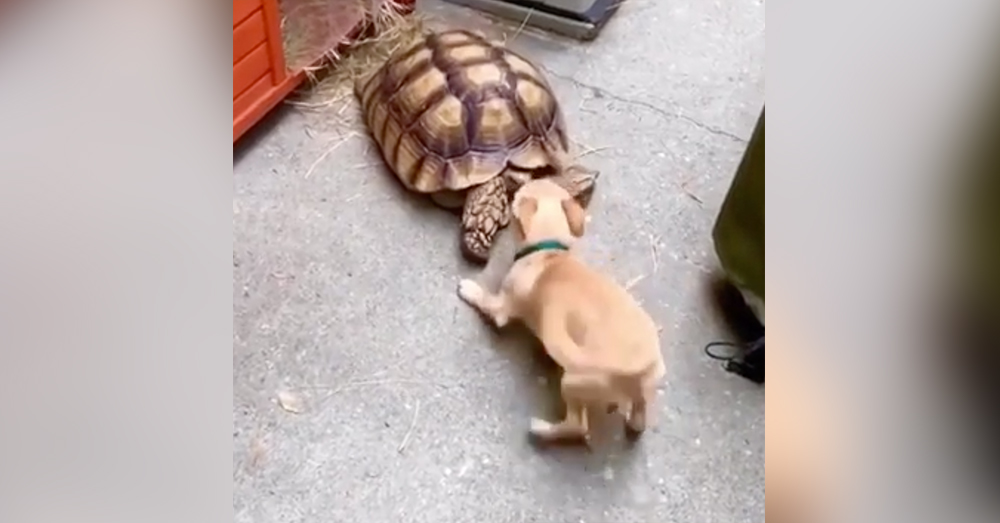 Some were concerned that the tortoise would snap out at the puppy, seriously injuring the dog with its sharp beak.

“This is a Sulcata tortoise, not a snapping turtle as you are probably expecting,” Dusk_v731 wrote. “They can definitely bite, and have a surprisingly powerful jaw for an animal that spends 100+ years hunting down grass, but it doesn’t come with the lighting fast veracity of the snapping turtle you were probably picturing in you head. I wouldn’t want to get bitten by one, but you have to pretty much allow yourself to be nipped by a tortoise. But dog Boi doesn’t know any better, so it’s entirely possible it could have happened.”

Watch this auspicious meeting of special species yourself in the video below.

When you meet someone and want to be best friends right away. from AnimalsBeingBros