Some say he’s a member of the Cajun Navy. Others might claim he was sent from Heaven. Whatever your exposure to this mystery man is, it’s hard to deny the mark he’s made on a few grateful Texans.

Hurricanes Harvey and Irma have left the American southeast in disrepair, but amidst the unsightly damage, a good-looking face is bound to stand out. Better known to friends and family as Raz Halili, the man known to thousands as #RescueBae runs the day-to-day operations at his family’s oyster business in San Leon with his cousin Gezim, ABC reports.

The pair have also been moonlighting as water-bound rescuers, helping those stranded by Hurricane Harvey in the communities of Port Arthur, Dickinson and Friendswood. Taking the company vehicle is a little easier when your transportation is buoyant. 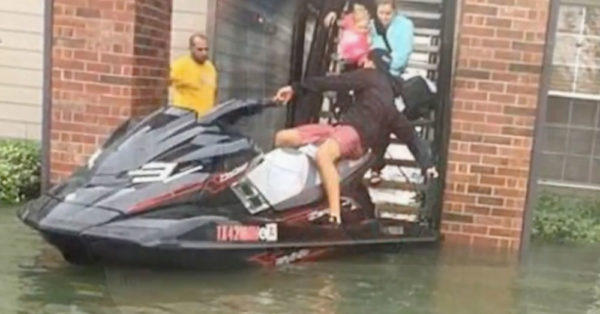 “The first thing we saw was a man on a canoe which flipped over in a creek, and the current started taking him away,” Halili said. “We actually went down a street into a gated community with an oyster boat, which is something I never thought I would do.”

Halili and his cousin also found a group of Coast Guard service members who were having trouble with their motor. 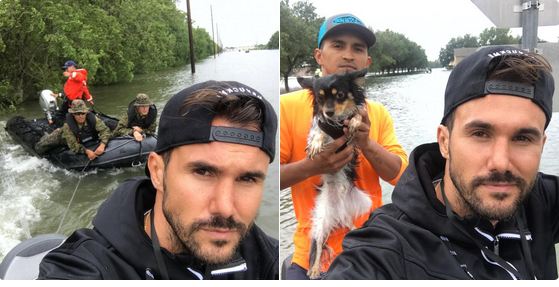 But what seemed like a simple selfie for the oyster farmer turned into a worldwide sensation. RescueBae has caught the attention of tens of thousands.

“One of my friends was letting me know that she got rescued from a fine Cajun Navy guy. And she said she has a picture of him. I said, ‘Girl. You have to send me the picture,’” said Ariel Marie, who subsequently went on a digital manhunt for the handsome hero.