The Terfihiyye Zoo in Gaza City recently welcomed three new lion cubs to their grounds, but unfortunately, their lioness mother rejected them. Two of the cubs didn’t make it without her milk and affection, and officials were afraid the third wouldn’t last much longer either.

But after contacting vets for advice, they brought in a new mom for the cutie: a dog who had just given birth to her own litter of kiddos. She was more than happy to share the food and some love with the little guy. 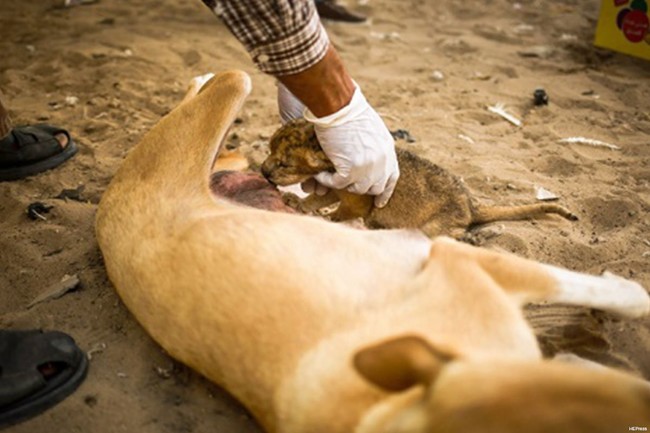 But now he’s just like another one of the pups. 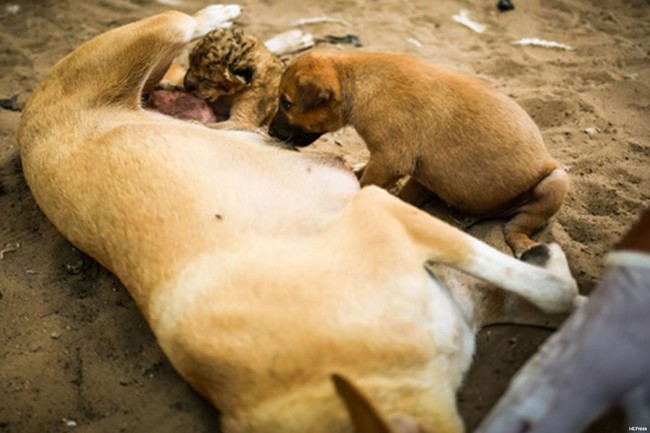 Officials explained that the babe’s mom likely rejected the tyke due to the trauma of living in captivity and that the Gaza area isn’t really ideal for the big cats’ survival. Here’s hoping the little guy gets all the nurture he needs to find his way in the wild world.