Disaster struck in Brazil last Thursday when two mining dams collapsed, unleashing gallons of mud into the small town of Bento Rodrigues. Several townspeople are dead and even more are missing, but as rescuers quickly learned, humans weren’t the only ones devastated by the disaster.

While looking for survivors, fire fighters came across a dog that somehow managed to live after being washed away by the mudslide, only to get stuck up to her chest in thick sludge. Fortunately for the brave pup, help was on its way.

As you can see, the damage is horrific. 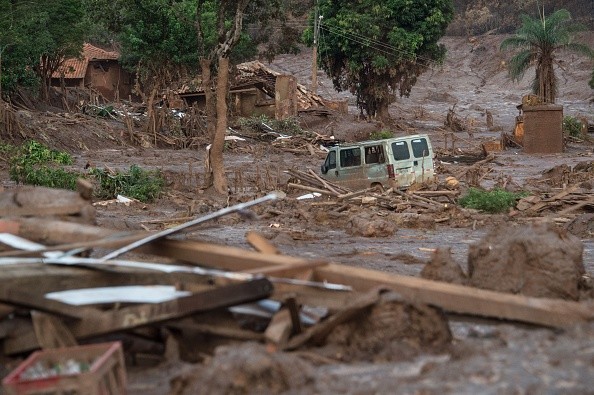 The entire town is covered in layers of thick mud, and at this point, the prospect of finding survivors looks grim. 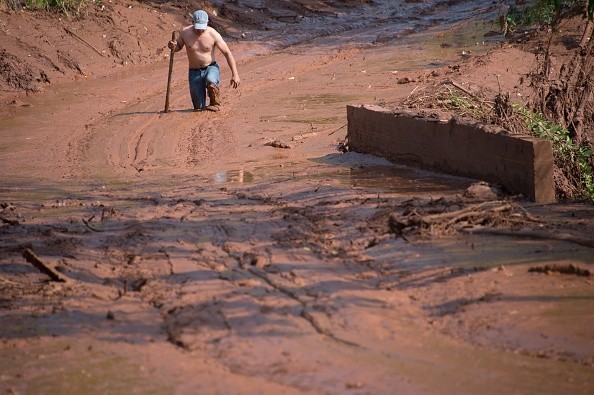 A man tries to cross a muddy area of Gesterio, part of the Barra Longo city, 60 km from Mariana, Brazil on November 07, 2015. Rescuers searched for a third day Saturday the site where an avalanche of mud and mining sludge buried a village in southeastern Brazil, as authorities struggled to pin down the number of dead and missing. AFP PHOTO / CHRISTOPHE SIMON (Photo credit should read CHRISTOPHE SIMON/AFP/Getty Images)

But one day, just as they were about to give up hope, rescuers came across of a strong little survivor who was in need of saving. 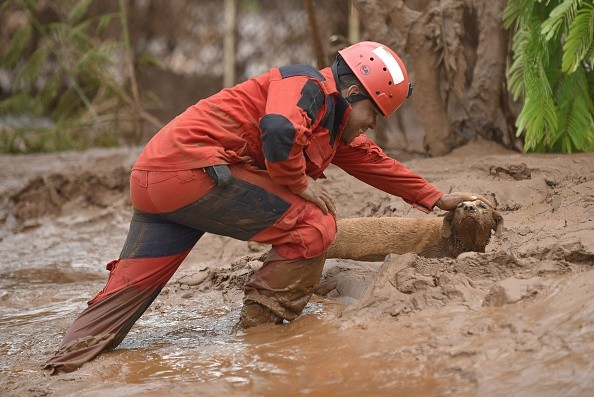 The stranded dog had clearly been swept away by the unforgiving mudslide, but somehow, she pulled through. All she needed was a helping hand. 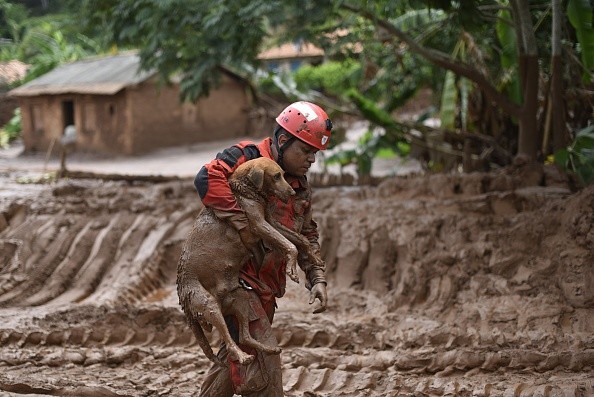 She was weak, so her new buddy carried her away from the scene so that she could be cleaned up. 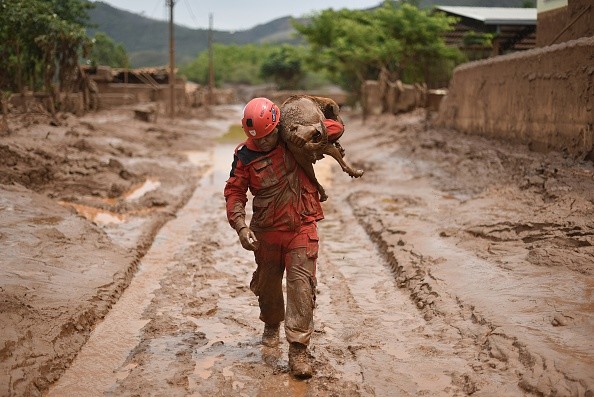 A fireman rescues in Paracatu de Baixo, Minas Gerais, Brazil on November 9, 2015 a dog that was trapped in the mud that swept through the Village of Bento Rodrigues on Thursday killing at least one person and leaving other 26 missing. The tragedy occurred Thursday when waste reservoirs at the partly Australian-owned Samarco iron ore mine burst open, unleashing a sea of muck that flattened the nearby village of Bento Rodrigues. AFP PHOTO / Douglas MAGNO (Photo credit should read Douglas Magno/AFP/Getty Images) 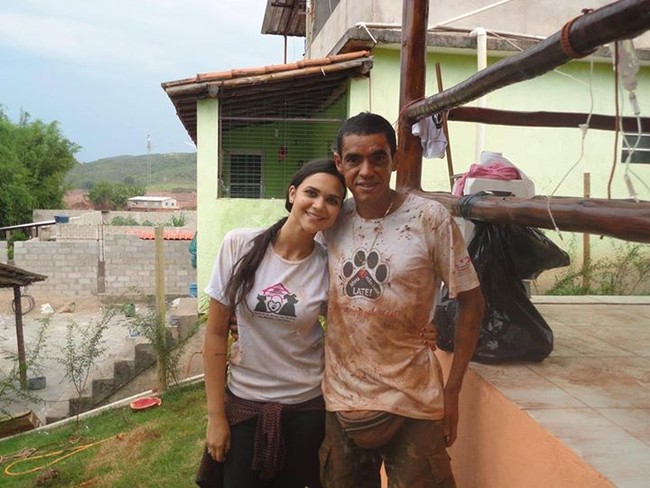 Even in the face of so much heartbreak, these rescuers provide survivors with something invaluable: the opportunity to reunite with their faithful friends. 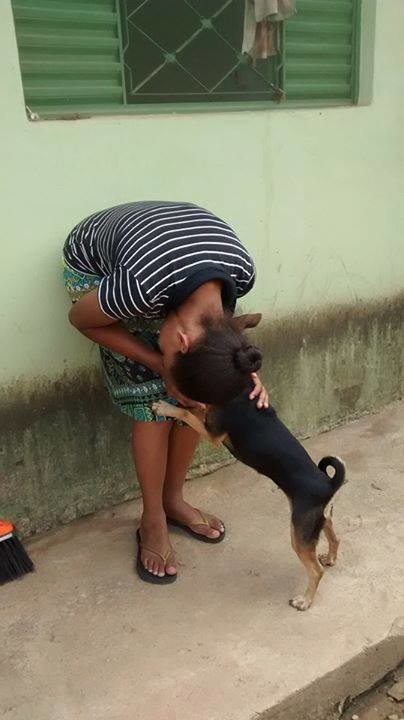 Reunions like this wouldn’t be possible without their tireless efforts. “One thing is certain,” one volunteer writes. “We at ARDI, along with the help of dedicated veterinarians, will continue to stand by these animals.”

Anyone who shares their life with a pet knows that they quickly become family. In times of crisis, it’s critical that volunteers and rescue workers keep their eyes peeled for four-legged friends who are in dire need of help. Not only does it make a difference in the animals’ lives, but it also leaves a lasting impact on the humans who love them.