A maintenance worker investigating a burst pipe in a housing complex in Wichita, Kansas, knew immediately upon entering that something wasn’t right. When he opened the apartment door, he was hit with a horrible smell. That’s when he noticed a small plastic dog crate in the corner of the room.

Inside were two seven-month-old puppies, and although they were in distress, they weren’t making any noise. 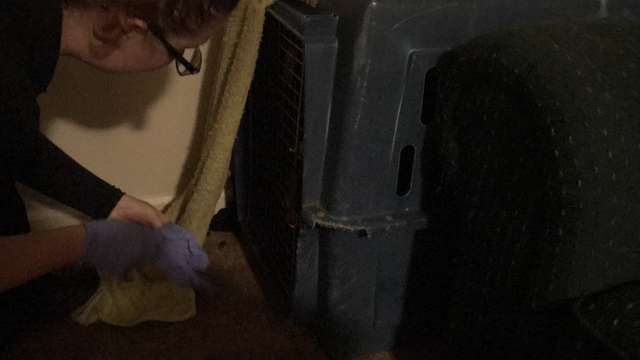 He noticed they weren’t opening their mouths, so he pulled out a flashlight and saw that they both had something wrapped around their muzzles. The ends of their noses were swollen and red. So he called a friend who fosters dogs for the Wichita Animal Action League. She said she’d be right there to help.

With the help of animal control, the woman entered the property and took the puppies from the urine and feces filled crate and rushed them to the vet. 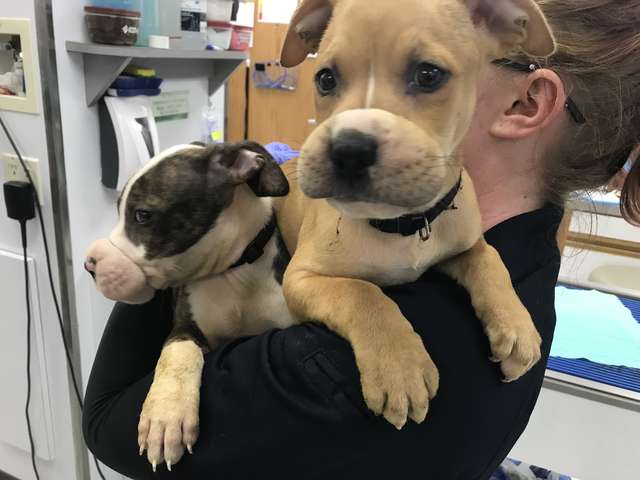 At the vet is where they finally realized what was being used to silence the little puppies. It turned out someone had wrapped hair ties around the dogs mouths, and they were so tight that the rescuers had originally thought it was wire. 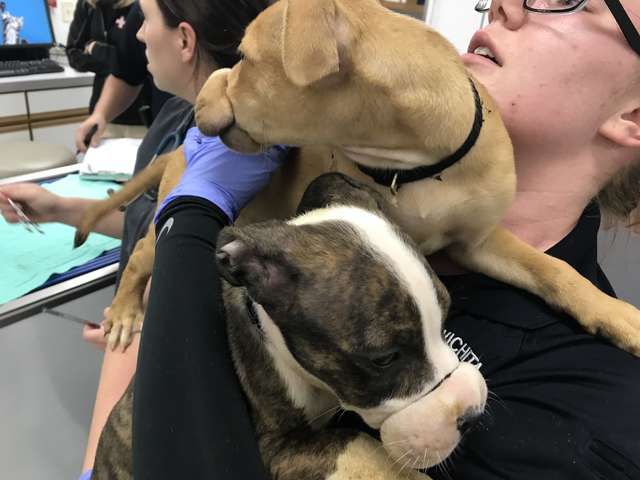 They estimated the tiny rubber bands had been left on anywhere from 12 to 24 hours. As they clipped the hair ties to free the puppies, the animal control officers fought back tears as the dogs screamed out in a way that said they were heartbroken but also now relieved. 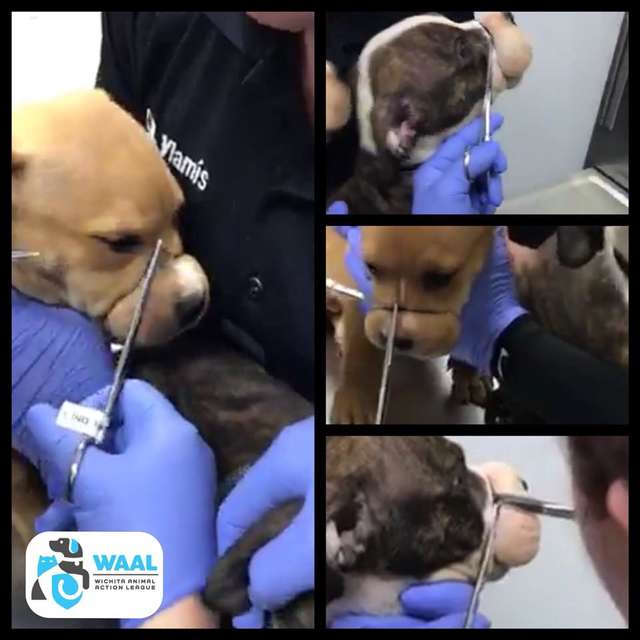 If these bands had been left on their noses even just a few hours longer, the puppies could have suffered major tissue damage or loss of smell. They were found just in time, and that in itself was a miracle. 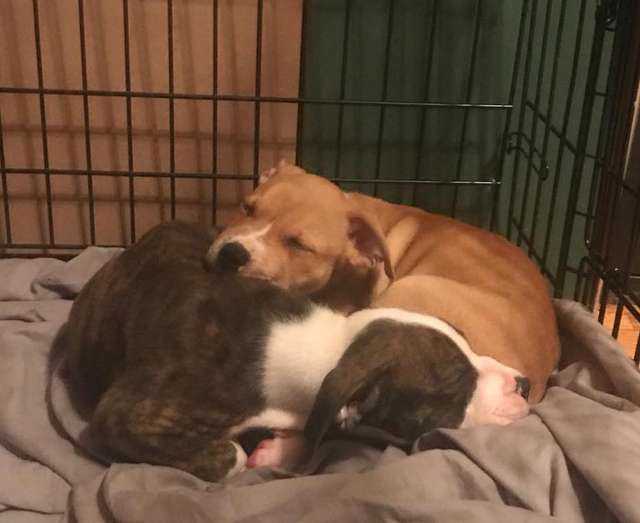 The pit siblings were named Westley and Debbie, and they received nice baths to make them smell better. Although their noses are still tender, they are both expected to make full recoveries! They are healing at a foster until they get their forever home.

It’s so nice to see these puppies happy and playing in the video above after the neglect and torment they suffered. They will be ready to be adopted soon, and applications have already begun pouring in. 🙂

Adoption applications can be filled out on the Wichita Animal Action League website, and any donations can be made here.