Milo and Bernie’s story was originally shared in the Clear the Shelters Adoption Story Challenge on ShelterChallenge.com. Create your own free Shelter Challenge account and vote for your favorite shelter or rescue group to win cash and prizes. Every time you vote we’ll give an extra donation to shelters!

We had been looking to adopt a dog — one dog. I always tried to look for the most unadoptable dogs to adopt. I’ve never been able to bear the plight of the rescue dog. Whether they lost the comfort and love of a home they knew by someone that loved them, or whether they were abused or tossed aside. I can’t imagine, in my life, a lonelier or sadder space for anyone to ever have to be. 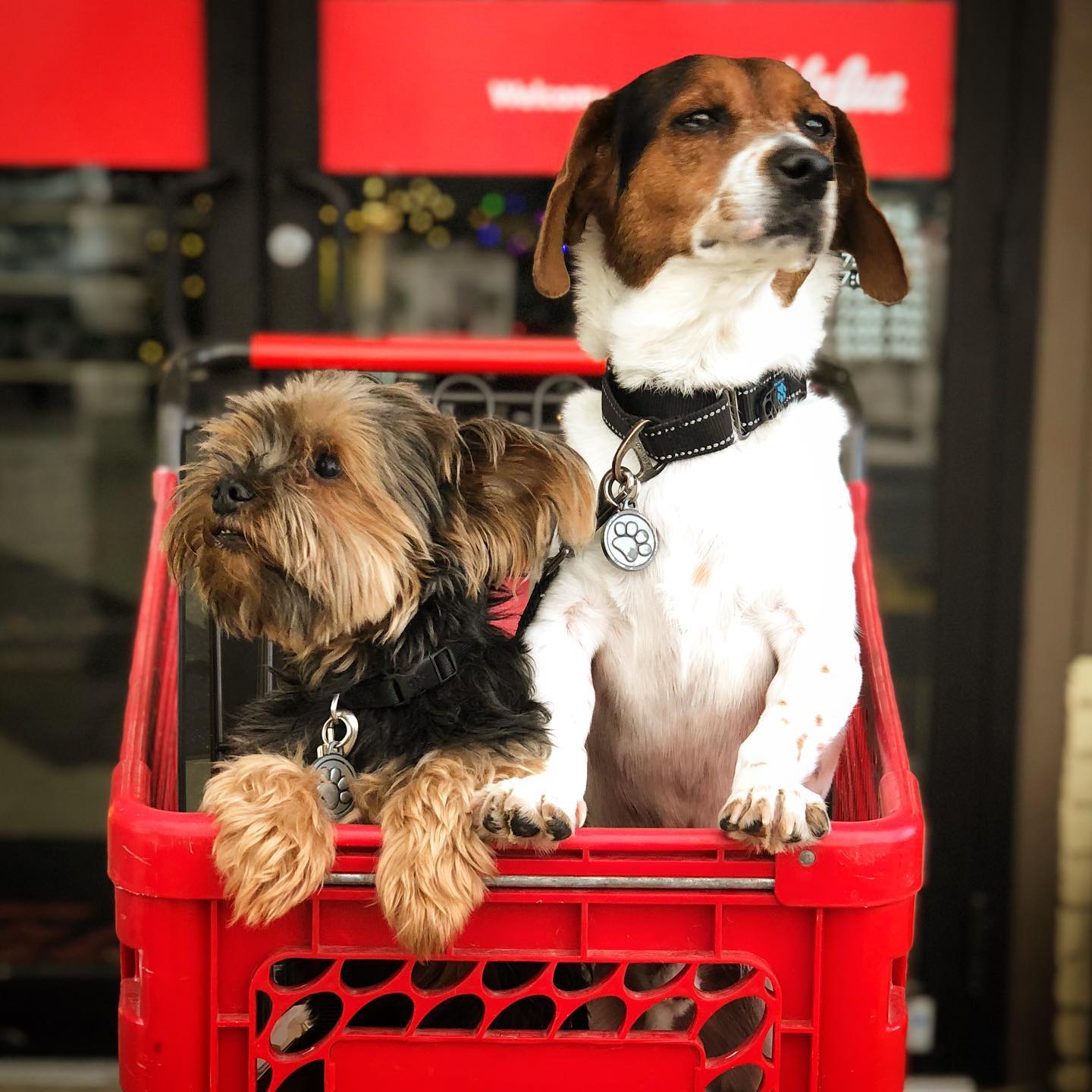 That’s when we came upon this picture of Milo and Bernie. We reached out to the shelter to ask about them and they let us know that Milo and Bernie had been pulled from the Manhattan kill list. They were housemates and had been surrendered together.

Milo’s back legs were paralyzed and he had been put on the kill list, while Bernie was going to be put up for adoption. Town & Country K9 ResQ, Ltd. went in and pulled them both. They got Milo the back surgery he needed and rehabilitated him so well that he could fully walk again. While Milo healed with one member of Town & Country, Bernie stayed fostered with another member and they got to see each other every day.

Meanwhile Town & Country put out a call for adoption and the applications came rolling in for Bernie — but not so much for Milo. They really wanted to keep these guys together, so they kept waiting and waiting for someone willing to adopt the pair. Just when they started considering separating the two, we found their picture. Lucky for us! We went to meet them and instantly fell in love. These guys were so full of amazing personality. 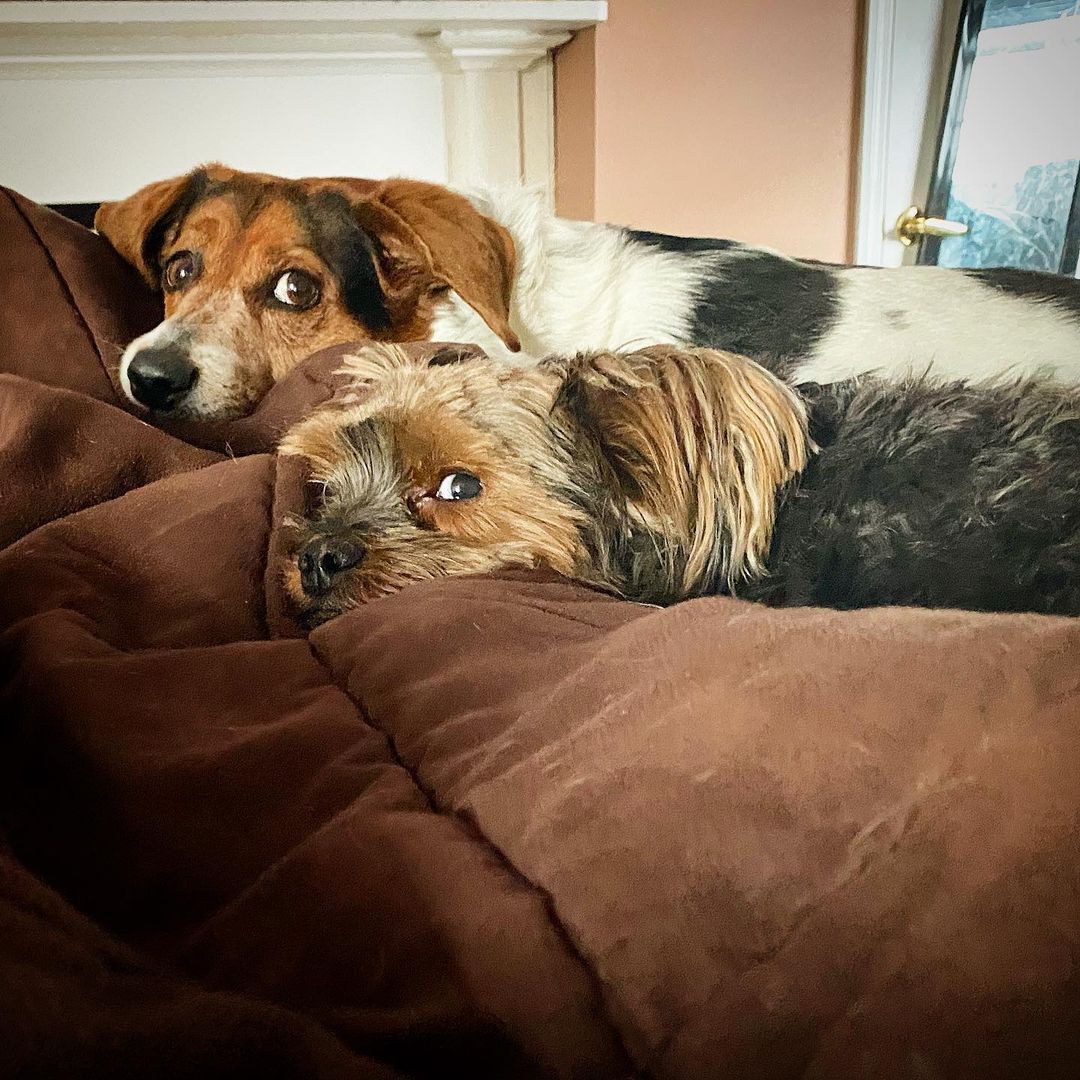 One week later we took these boys home. Because of Milo’s back issues, my husband had built a ramp so that he wouldn’t have to walk up the stairs all the time, but it ended up being too steep. So most of the time we carry Milo up and down the stairs to avoid too much pressure on his back.

Everything was going great. We were all settling in and figuring each other out when Milo began to stop using his back legs again. And in the matter of an hour, he was completely paralyzed again. We called the great folks at Town & Country and they told us to rush him to the emergency room that they took him to before for his previous surgery. There, they told us he would have to have surgery again for the same issue.

Town & Country had placed Milo in their Medical for Life program so, to our extremely thankful surprise, they covered the entire cost of Milo’s surgery. I’ve never encountered a shelter that has done this before and I was floored. We were just so thankful because we would not have been able to afford it ourselves had they not stepped in. Our handsome boy, Milo, had been saved once again.

Since then, Milo has been doing great, and both of their personalities have completely flourished. Walk time is a favorite time in our house — Bernie loves to grab his own leash and take us for walks, and Milo loves to grab his favorite toy and then bark out to the neighborhood and let everyone know we are going for a walk. It’s very important that everyone knows, even at 6am!

They have grown with us in love and in life, and have taught us so many lessons about unconditional love, patience, and resilience. These little individuals are full of strength, character, joy, laughter, stubbornness, craziness, and completely illogical behavior — kind of like us!

We love them like crazy and are so, so, so happy and lucky that they joined our family!