Brayden Morton was heartbroken when his beloved dog was stolen from his home in Cranbrook, B.C.

Like many people do these days, he took to Facebook with a sliver of hope that the dog thief would be identified and he could be reunited with his pup named Darla.

At the time of Darla’s kidnapping, Brayden had spotted a blue Ford truck pull up behind his house and he was convinced it had to be the person who stole his dog. He shared on Facebook, “A blue older model Ford truck just pulled up behind my house and took Darla. I am offering a 5000.00 $ reward for anyone who can either bring her back or tell me where she is.”

The police located the truck and its owner, but they couldn’t do much else since Darla was nowhere to be found.

Thankfully, just one day later, Brayden got the call he’d been hoping for. Someone had his dog and was willing to cooperate to return her. Brayden took to Facebook to share the news and the unexpected turn of events.

As it turns out, the young woman who met Brayden to return his dog was addicted to drugs. Brayden shared that he, too, had been addicted to drugs for years so he knew the place she was in. The girl was crying and extremely remorseful that she’d participated in stealing Darla.

She told Brayden that she took the dog from where it was because she couldn’t live with herself for assisting in stealing her. She didn’t want the $5,000 reward money, she just wanted to clear her conscience as best she could.

Brayden assured the girl that he wasn’t mad and asked if he could pay for her treatment. He said, “I am a recovering fentanyl addict who has been in recovery for just over six years and I am a Drug and Alcohol Interventionist now. I was living the exact same way as she was six short years ago. I told her about my past and how messed up I was we talked for about 20 mins…I asked her if I could pay for her to go to treatment and this poor young girl and I just cried together and she finally said yes.” 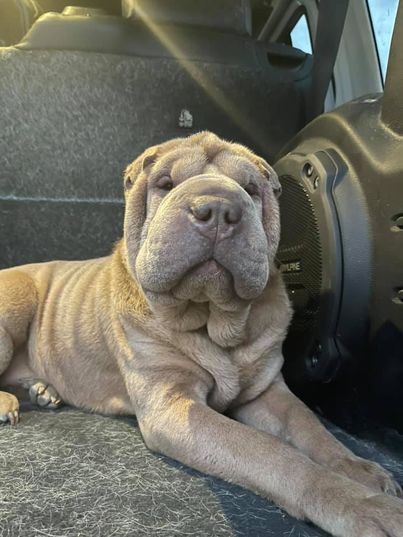 Brayden finished the post with even more touching news. After accusing the owner of the blue truck who he thought had stolen his dog, he felt terrible. By chance, he ended up spotting the truck and went to apologize.

He discovered that the man actually had two of his own dogs and had a really rough few weeks. He had been living out of his truck with his dogs and was trying to get back on his feet.

Wanting to find some way to help, Brayden took the man and his dogs to a hotel and paid for them to stay for an entire week. 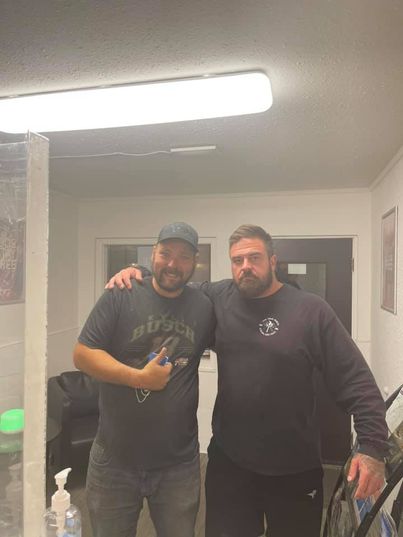 Brayden ended the post, saying, “I am so grateful for the people who didn’t give up on me and I’m grateful for the ones who did. Thank all you guys so much you have no idea what this means to me. Thank you all so much sincerely Brayden, Louis and Darla.”