A Florida woman claimed she was too busy to feed her adopted dog and was arrested for starving the poor creature. The woman, 20-year-old Alexandria Drew, is facing a charge of cruelty to animals. Her dog, Richter, a border collie had been adopted from the Humane Society of Sarasota County six months ago. 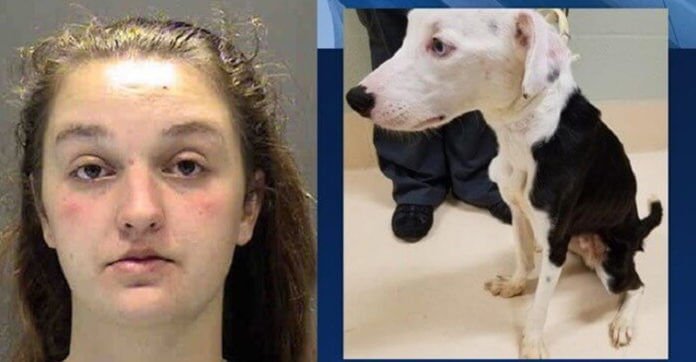 Drew tried to surrender her emaciated dog to animal services claiming he was a stray. But the microchip Richter had under his skin told the truth about who his owner really was. Drew said that work kept her too busy and she didn’t have time to take proper care of the dog. She took him to animal control instead of the Humane Society because she claimed she couldn’t afford to pay the $30 surrender fee.

Richter is expected to recover and is in the care of the Humane Society of Sarasota County. Share away, people.