When Tommy Rivers agreed to look after his auntie’s dog Pepper for a day, the guy was surprised to find out the doggie came with a set of rules. Some of them were so hilarious, it made the whole Internet fall in love with his auntie, and, of course, with Pepper herself!

The note she left was pretty detailed, telling everything – and more – than the nephew needed to know. It starts by stating that Pepper is the prettiest girl in the world, and ends with ‘don’t you hate her cause you ain’t her’. If that wasn’t enough to establish Pepper as the one and only queen of the canine world, the doggie has purple accessories attached to her ears and tail. And, from her cute facial expression, we think she knows just how darn pretty she looks!

The Internet just couldn’t take it and kept asking for updates on the dog. At the end of the day, Tommy posted an adorable photo of Pepper in pyjamas: “you made her really happy and now she’s going to bed.” Some of the folks got so smitten with the dog, they want Pepper as president.

What about you? Are you a fan of Pepper now like the rest of us who fell victim to her charms? 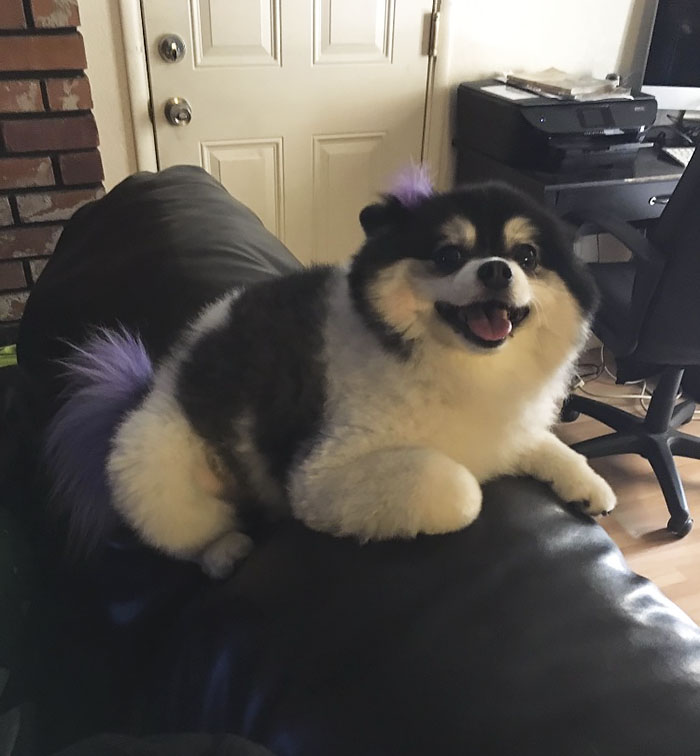 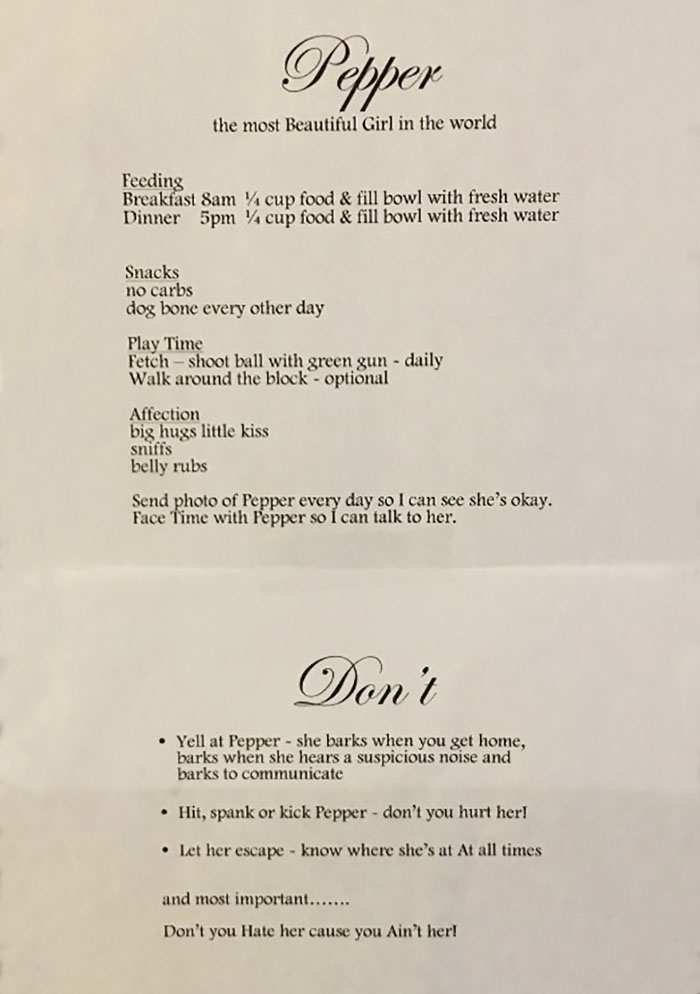