A 19-year-old Utah woman is facing a felony animal cruelty charge after allegedly putting a hair tie around her puppy’s mouth to keep the pup from barking. Alexis Marie Callen allegedly admitted to keeping the tie on the black Labrador retriever-German shepherd mix’s mouth for 48 hours. The puppy, Shadow, is now in the care of Celestial Zoo animal rescue after the group saw photos of the puppy online and stepped in to rescue the dog. 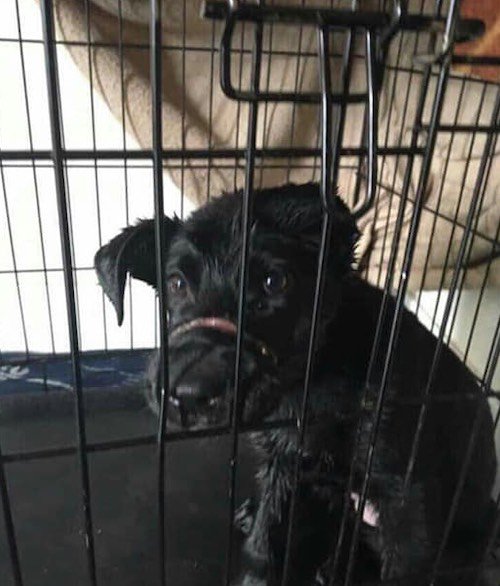 Shadow was seen by a vet, who said that Shadow was tied up for longer than the two days based on the dog’s extensive injuries. She suffered from a deep gash around her mouth and a hole in her face, according to Fox8 News.

“Left side [of her nose], it’s completely open even with her mouth closed,” Shadow’s new foster mom, Caylla Facemyer, told the station. “You can see into her mouth. It’s pretty bad.” 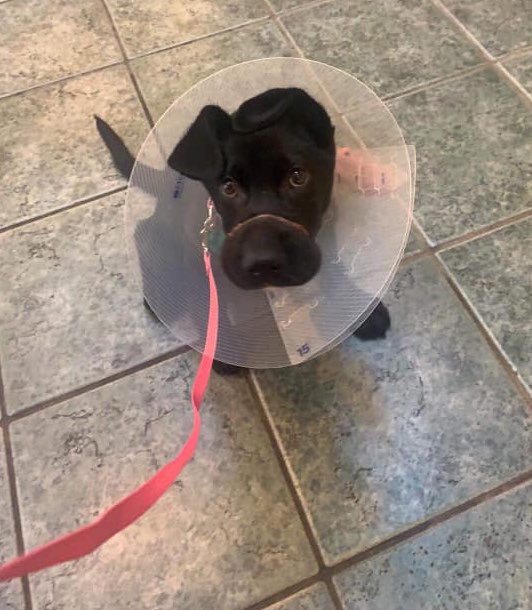 Callen was taken to jail on a felony charge of torture of a companion animal. The Gephardt Daily reported that Callen is also facing earlier charges of child endangerment and misdemeanor counts of possession of a controlled substance and use and possession of drug paraphernalia. 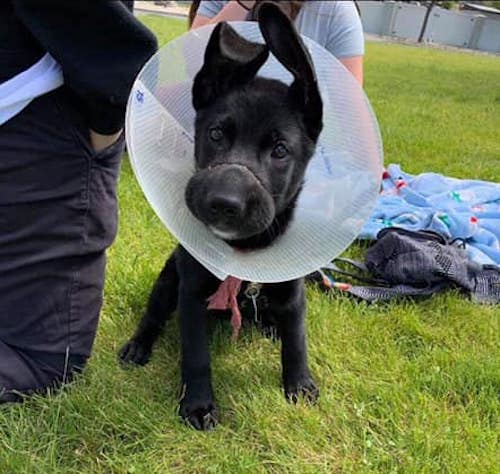 As for Shadow, she is now facing an extensive, expensive surgery. Celestial Zoo provided an update on Facebook writing: “Shadow has her surgery scheduled! She will have her surgery at Blue Pearl where they will repair the damage to her muzzle. It is estimated a 2 week recovery time where she will need to have only soft foods and no chew toys, which is going to be so hard for a puppy!”

Thankfully, the veterinarian says that Shadow will make a full recovery. 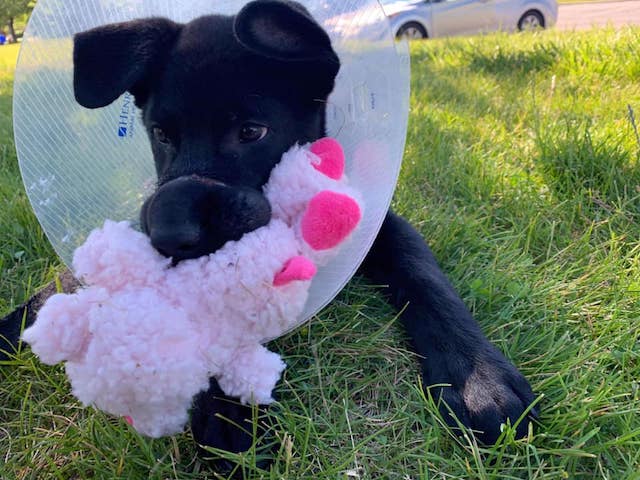