Staffers arrived to work at the Villalobos Rescue Center one day to see a young pit bull tied to their fence. He was all tangled up in his leash and sat beside a trash bag full of his belongings. The dog was nervous and fearful and found it hard to trust anyone. One rescuer went through the bag and found a sad note. 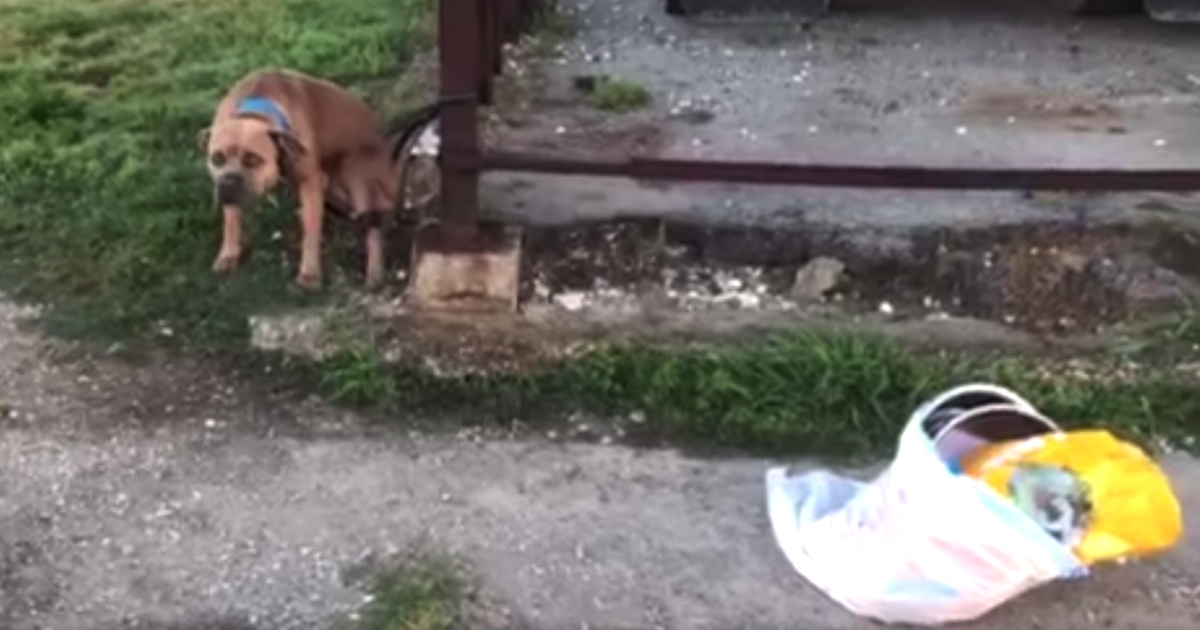 It read: “Meet Rock. I can’t keep him no more due to personal problems with my family. He has been isolated in my room his whole life as my parents didn’t want him out of the room and on top of that, the landlord didn’t want dogs here. He’s 1 year and 4 months and never had human interaction besides my family so please build his human interaction.”

She flipped the note over, and it continued: “Once you get to know him, he’s the sweetest dog you’ll know. He is pet-friendly but can be nervous around people. Please take your time with [him] and give him a better home. I will always donate as much as I can for the wishlist … he is up-to-date with his shots.”

The rescue center was already overloaded with strays and unwanted dogs, and they had no idea how they were going to take on another. Not to mention how rough the shelter life can be for a dog as stressed and full of anxiety as this one. So they posted his video to Facebook in hopes someone would step up to take him.

That’s when the original owner’s brother saw the post and rushed to the rescue center. He had known “Rocky” since he was a pup but didn’t know what had happened since he no longer lived with his family.