A woman wearing an eyepatch brought a senior bulldog in to The Secret Garden Pet Resort in East Bridgewater, Massachusetts for a grooming and never returned.

“William Katz” is supposedly his name, but all other information on the intake form the woman filled out was fake. Staff discovered this after they took in “Willie” and the woman never came back after several hours. They contacted police and learned that the dog’s vet papers were forged and her identity and phone number faked. 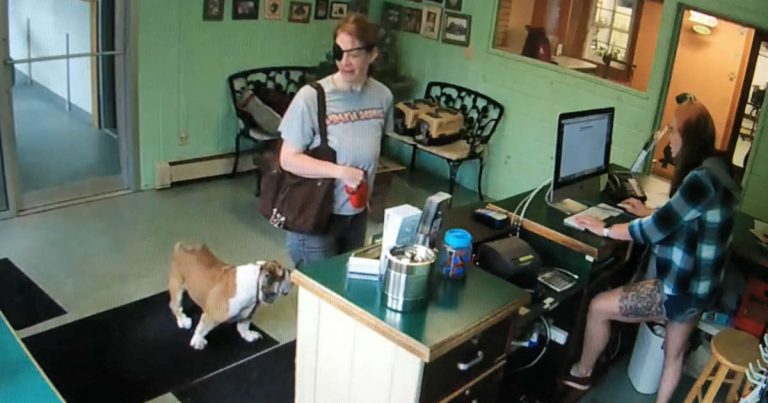 Willie wasn’t in the best of shape either. He has pressure sores on his body and skin, eye and ear infections. His ear infection is so severe he will need surgery to relieve the pressure.

The MSPCA’s Law Enforcement department is asking for the public’s help in identifying the woman who abandoned Willie on August 23, 2018. They released surveillance video in the hopes to get tips from the public.

Anyone with information that may lead the MSPCA to identify the woman is urged to call the MSPCA’s toll-free Law Enforcement line at 800-628-5808.

Meanwhile, Willie settled in for a prolonged stay at The Secret Garden Pet Resort. Staff did their best to make Willie feel comfortable while he was with them. 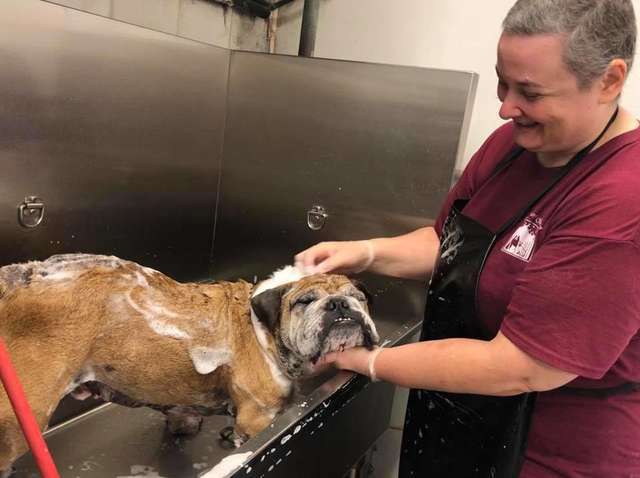 They gave him a tshirt so he wouldn’t scratch himself raw and he’s quickly made himself comfortable.

“He is the biggest, biggest ham you will ever meet,” Katie Ross told The Dodo. “He can’t get enough love and attention and he’s just such a sweet dog.”

“He definitely deserves better than what he was getting,” Ross added. “We’re definitely spoiling him rotten.”

Willie has now been transferred to Long Island Bulldog Rescue for foster care, medical care and to find a new forever home. 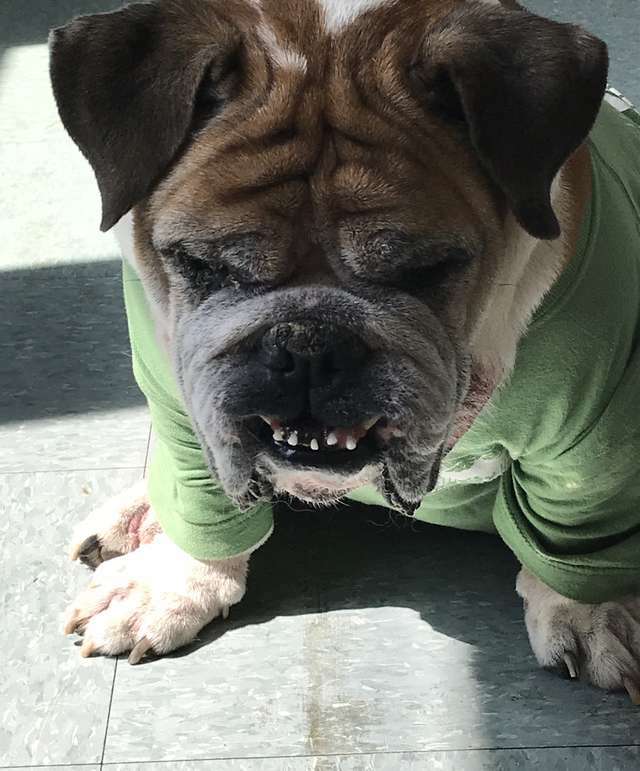 “While the police are working their end of his story, Long Island Bulldog rescue stepped in to care for him,” the rescue group wrote. “Willie is safe in foster care. He will be seeing the first vet this afternoon, for a baseline visit. We are very grateful to say that Willie has yet another Angel in his corner, someone who will be taking care of his extensive medical issues.”