As disasters continue to strike in the Western Hemisphere, more and more heroes emerge, astounding us with their initiative and generous nature. Most recently, we’re charmed by hero Sali Gear and the shelter volunteers of the U.S. Virgin Islands.

Sali Gear grew up in the U.S Virgin Islands, and is co-owner of Island Dog Rescue in St. Croix. The organization works with shelters in the tiny Islands to move pets to shelters on the mainland, where they are more likely to find homes. They, along with the rest of the Caribbean, have faced a rough September. They weathered not one, but two major hurricanes in just one month. Island Dog Rescue survived Hurricane Irma with minimal damage, and got right back to work despite facing numerous issues including lack of electricity and supplies, and communication problems. Instead of giving up, they tried harder than ever to get pets off the island and into homes as recovery efforts began in the Caribbean. 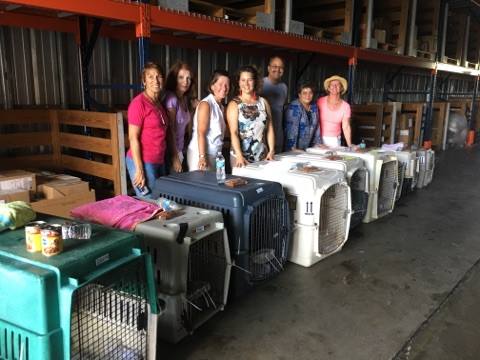 Soon, though, news came in that another storm was approaching, and the Virgin Islands could expect a direct hit from a second powerful hurricane. Sali Gear and the volunteers with Island Dog Rescue wasted no time doing what they could to save not only the pets in their care, but on all three islands. 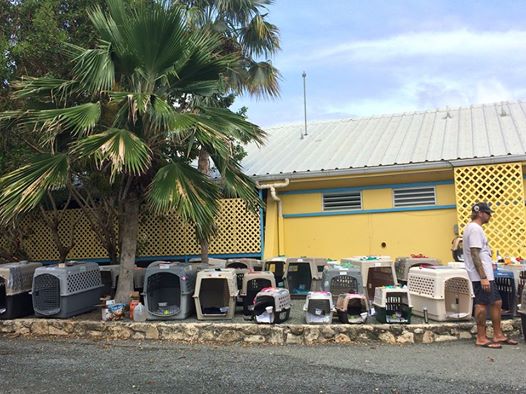 Together with donors, Sali managed to raise enough money to purchase crates and charter a plane to move over 300 pets off the islands of St. Thomas, St. Croix, and St. John – and out of harm’s way! Not only did they rescue pets in the care of shelters, but their organization reached out EVERYONE in the Virgin Islands, offering to fly their pets to safety on Sali’s farm in Virginia Beach for free! 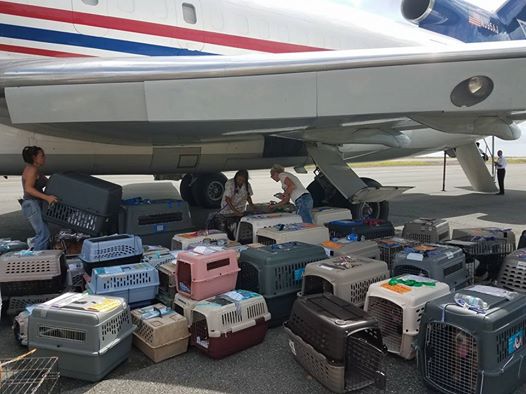 Volunteers worked tirelessly to organize crates, prepare pets for travel, and transport them to the plane. With Hurricane Maria approaching, there was very little time, but they made it happen! 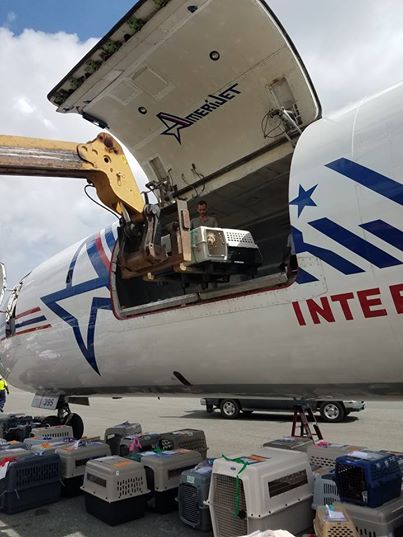 The charter plane landed in Virginia, and were received by volunteers at Calypso Run Farm in Virginia Beach. Hurricane Maria was perhaps more devastating than Irma, and completely destroyed the St. Croix Animal Welfare Center – which was empty, thanks to Sali Gear and the volunteers on the Virgin Islands! Hundreds of pets that might have lost their lives in the storm are safe. 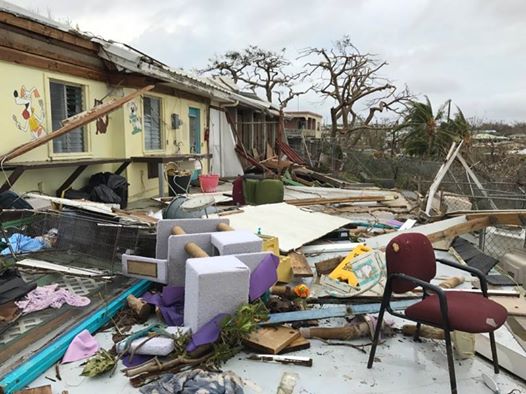 Island Dog Rescue is now asking followers to consider donating funds to help rebuild the St. Croix Animal Welfare Center, which offered free veterinary care to those in need after Hurricane Irma, but is no longer standing after Hurricane Maria. You can donate here.