A woman who was trying to transport her eight-month-old puppy from the United States to Central America claims that the airline held her dog hostage for 33 hours. According to CBS News, Mary Nguyen’s German shepherd, “Bunny,” was being flown to Guatemala City through Pet Air Carrier, via Delta Airlines, when things when awry at the La Aurora International Airport. 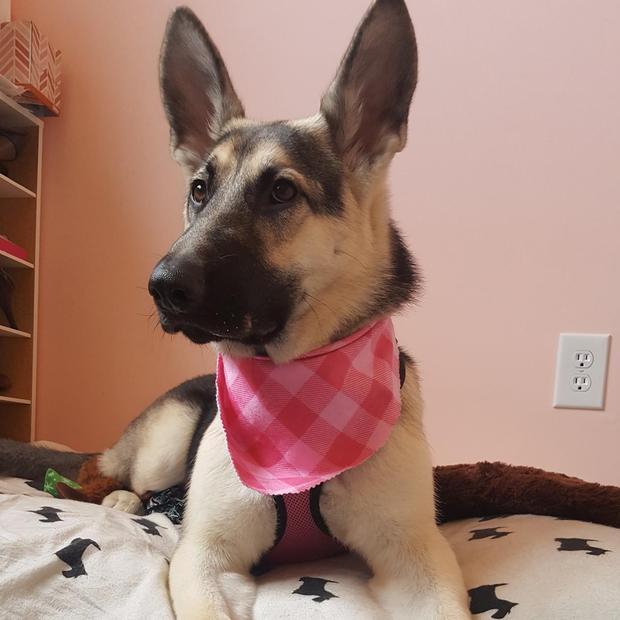 Nguyen claims that the dog’s notarized paperwork was lost by the airline and that Delta agents refused to release Bunny to Nguyen’s husband when he went to the cargo area to retrieve the dog, reported Market Watch. Bunny’s owners had already paid $3,000 for the flight, but agents allegedly demanded an additional $3,000 in Guatemala before the dog could be released.

WTH. So my dog is in Guatemala, but they can’t release her because somehow Delta managed to lose her paperwork to get out of the U.S. on the way there.

A day later, she noted that the “hostage” situation was still happening:

Delta has been holding my dog hostage for 20 hours now and will not release her from paperwork that THEY lost. THIS IS NOT OKAY.

It’s officially been 30 hours that Bunny has been in GUA Delta possession, where she has not been returned to us.

Bunny was finally released from “custody” on Friday.  Prior to Bunny’s release, a Pet Air Carrier spokeswoman told MarketWatch, “Our primary concern is getting that dog released.” The New York Post reported that Delta Airlines intends to refund the cost of shipping Bunny.

Find more animal-related stories, and follow-ups to dogs at risk posts, at this link to the National Animal News Facebook page.