Meet 25-year-old Sarah Tough, a young woman who was tough enough to try and stop a group of vicious teenagers torturing a baby seal to death – even if that meant getting punched in the face. She was walking her dog earlier this week on Crimond Beach in County Durham, England, when she spotted the crime taking place. The woman wrote: “Got punched in the nose by some little smack head because him and his pals were torturing a baby seal on Crimdon Beach, rolling him around and burying it in the sand, letting their dog on it.” Tough added: “Told them to “f*** off or I’d call the police.”

Even after being hit, the woman managed to call the RSPCA. “[They] got there in record time and gave him some food. He’s fine but very scared and exhausted.” She added: “I have a nose piercing and the punch meant that my piercing punctured my septum. The rest of them started to laugh when I was hit.”

“Luckily it’s not broken but there was a lot of blood and it was like a searing hot pain. It’s still sore now. I’m not so worried about myself though, I’m just glad the seal is safe.” 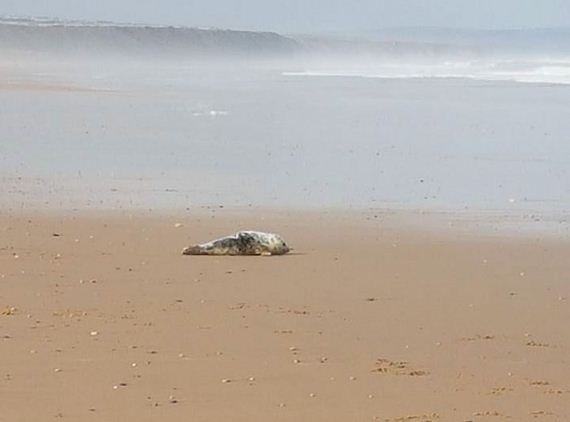 “Told them to “f*** off or I’d call the police.” Then they assaulted her and punched her in the face 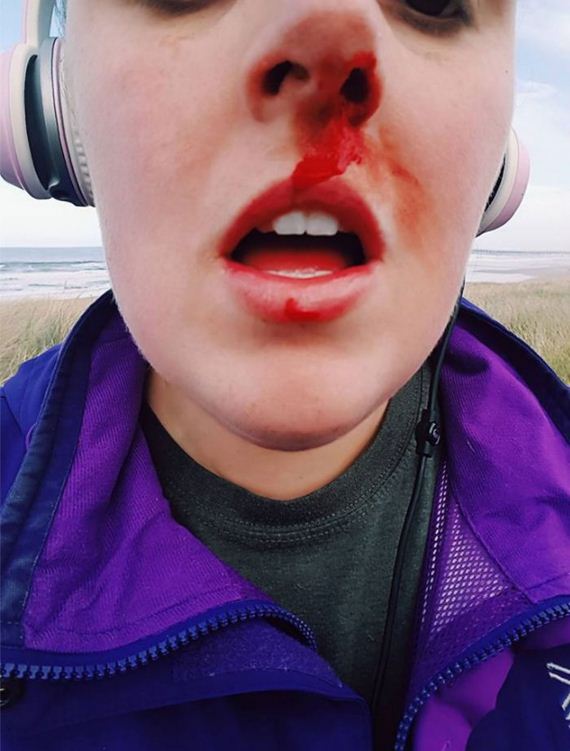 Most importantly, Tough saved the seal! Now it is safe and sound, and the woman  is recovering from the injury 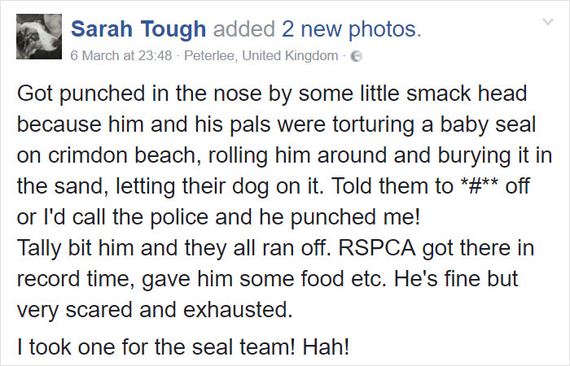