It was the day after Christmas when three dogs named Judy Brown, Lucy, and Elvis, were in the car together with their humans, Yolanda and Charles Futrell. Yolanda and Charles were on their way to a party. But then a tragic accident happened. A speeding car slammed into their vehicle, causing their car to flip. The car that hit them was allegedly street racing. 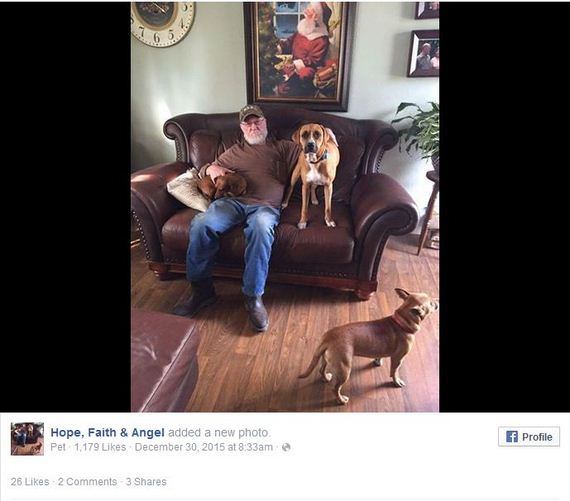 Sadly, Yolanda and one of the dogs named Elvis, were both killed. Charles and the other two dogs, survived the accident. Charles was taken the hospital, and the dogs were taken to the emergency vet clinic by the firefighters who responded. 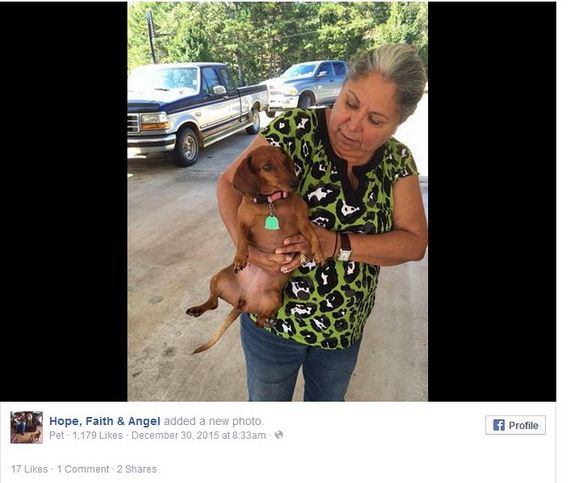 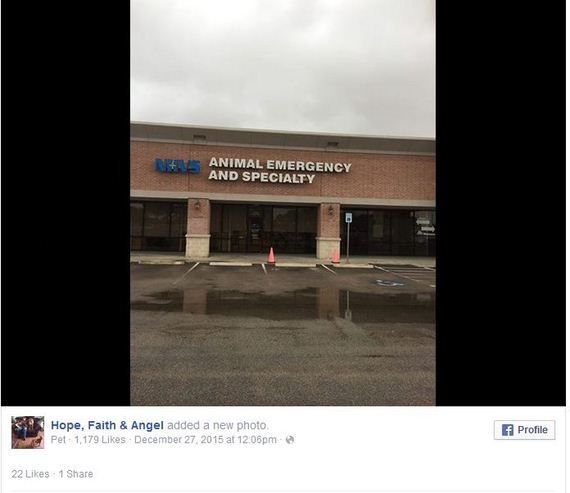 One of the firefighters who responded to the crash was a dog parent. He knew that with this tragedy, the family will have a lot of their plate. And since the dogs were at the vet getting treated, and probably needing more surgery, he created a GoFundMe page to help them. 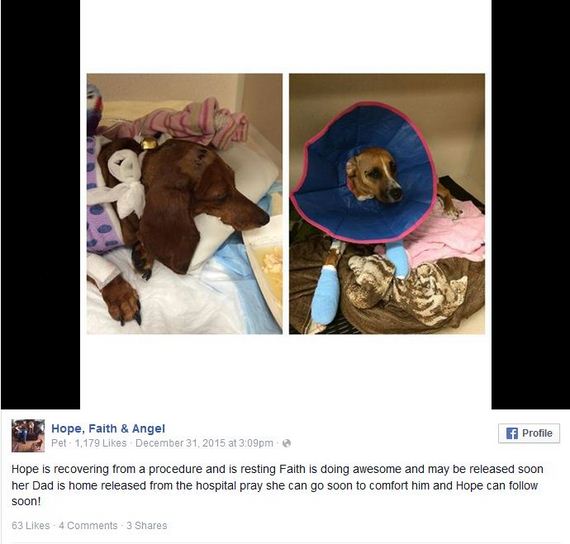 The money donated to the site will cover the costs of the vet bills. Judy Brown aka Faith, had severe wounds and minor lacerations, but she is doing well. 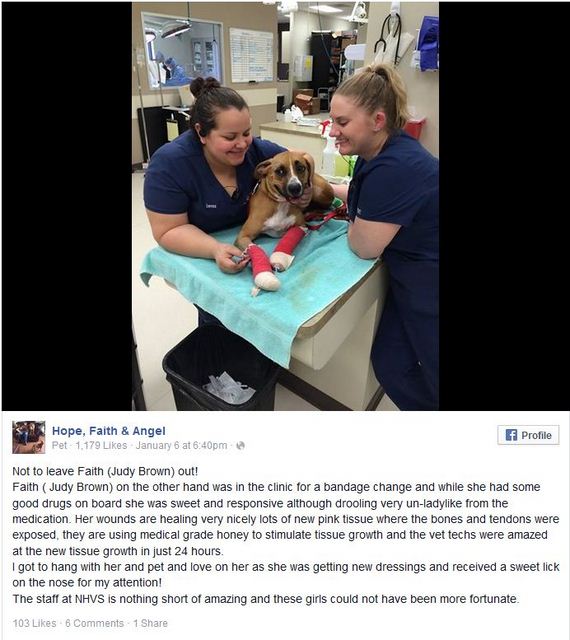 >She has recovered and has been released from the hospital, and is now being cared for by one of the family members. 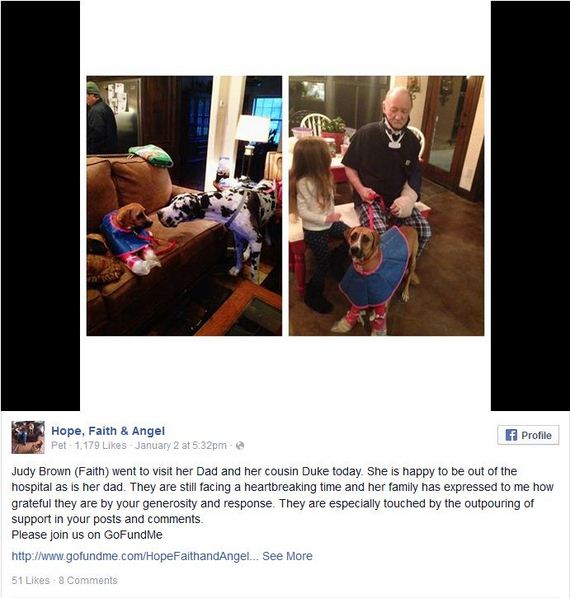 However, Lucy, aka Hope, is still in the hospital. 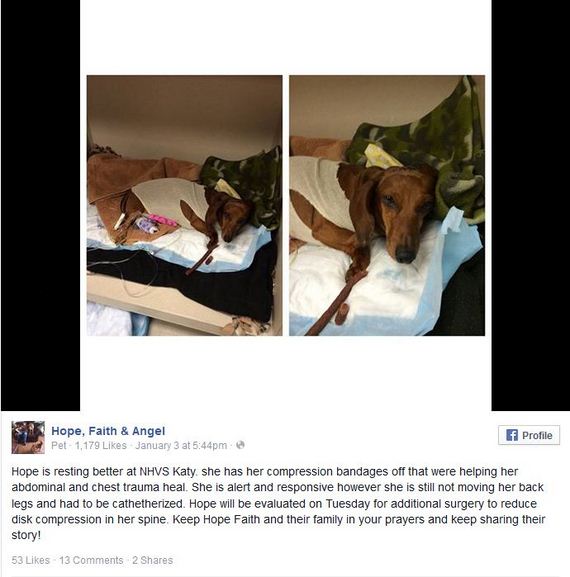 Suzanne Merritt, assistant manager at NHVS, told The Dodo “We have been monitoring her for a disc compression injury in her neck as she is unable to use her hind limbs. Yesterday she underwent surgery to relieve the compression. We are still monitoring her and will begin rehabilitation soon.” 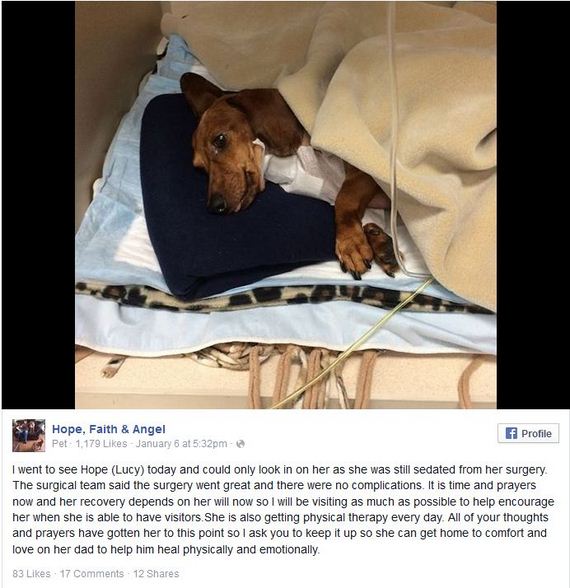 It is a miracle that these two dogs survived. A big thank you to the firefighters who helped these dogs and helped the family gather funds for the vet bills.

If you want to help, you can send your donations to Hope, Faith, & Angel Recovery Fund. You can also visit THIS FACEBOOK PAGE for updates about Lucy and Judy Brown’s recovery.

You can read more details of this story at The Dodo and at ABC 13.