It’s no secret that dogs love food. They’re always willing to put in extra work just to get a tasty snack. That’s why it’s important to always keep your food out of reach from mischievous pups.

Kara Probin thought that’s what she was doing, but her food kept disappearing when her back was turned. So, she decided to investigate the situation. She was shocked when she caught her timid dog named River stealing cupcakes on video. The pup’s method is genius!

The Mystery of the Missing Cupcakes

Probin has two German Shorthaired Pointers. 3-year-old River has a younger sister named Winnie, who is usually the more mischievous of the two. When Winnie was younger, she would try to grab food off the table, so the family naturally assumed Winnie was the suspect for the missing food. After all, River would beg near the table but never take anything. 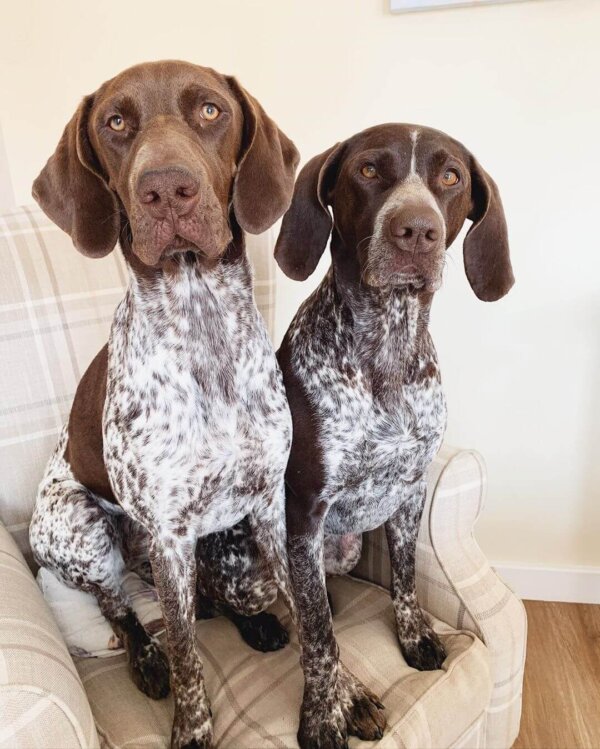 Baking had become a new hobby for Probin lately. She especially loved baking special dog cakes for the pups. However, she noticed that at least 15 cupcakes had gone missing from the counter since she started baking. Every time, Winnie looked like the guilty one, so they didn’t think much of it. But after multiple unsuccessful attempts to keep the food out of reach, they decided to find proof.

In one scenario, a piece of cake was left in a bowl all the way on the back of the counter. Both of the German Shorthaired Pointers are smaller than their breed typically is, so Probin figured there was no way they could reach it. But then, only minutes later, she found the bowl empty, but still sitting right-side up. Probin could not believe her eyes.

Finally, Probin set up a hidden camera in the kitchen. She put three leftover dog cupcakes from River’s birthday on the counter. That was when the truth finally came out. 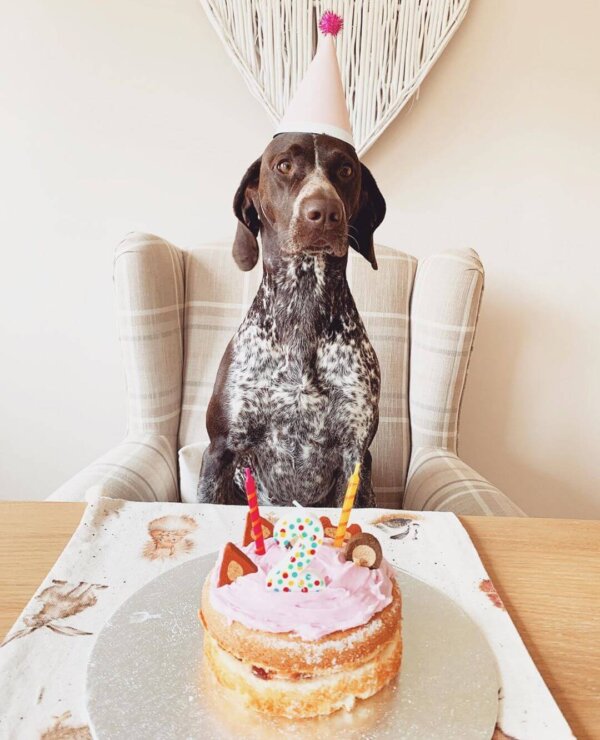 Caught in the Act

The video focused on a platter with the un-iced cupcakes on it. River quickly approached the platter on her hind legs, sniffing the sweets. Then, she continuously pawed at the cupcakes until her toenail finally reached one. She happily pulled it toward herself and gobbled it up. She repeated the same actions for another cupcake too. Probin had never seen her timid dog behave so mischievously.

“She must be a criminal genius,” said Probin. “I was shocked when I checked the camera and saw it was River. I thought it was our other Pointer Winnie, as she is the greedy one.” 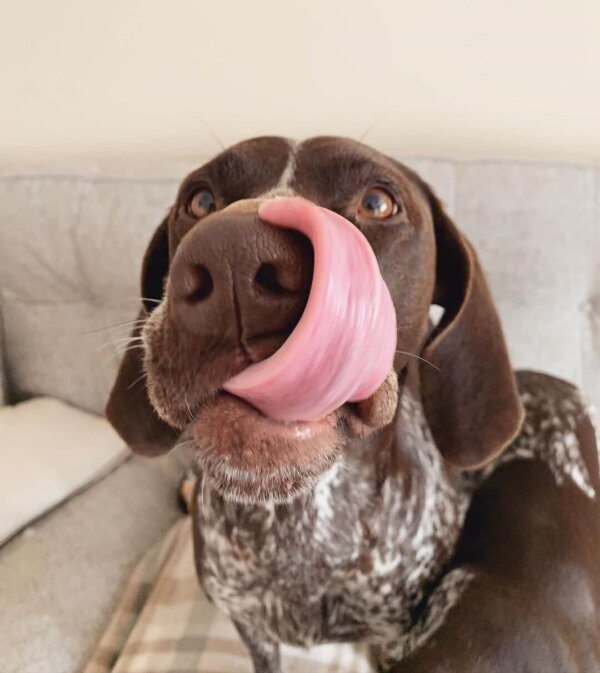 River’s secret has now been revealed, so it will be difficult for her to keep stealing. Probin now refers to the pup as her “little cake thief”. It looks like Probin and her family will be keeping a close eye on River until they can gain her trust again. Who knows what other things River has been hiding from her mom?