If you’re tired of the same-old-same-old when it comes to canine Halloween costumes, get ready for something that just screams originality – and cuteness. The town of Covington, Kentucky recently held its annual Mainstrasse Paw-Rade, a big street party that lets dogs dress up and strut their stuff, and a Hungarian puli participant named Keki ended up stealing the show.

Puli pups are known for their thick, shaggy locks, which tend to remind us of a particular cleaning tool we all have in our homes. Thus, it made perfect sense that Keki arrived at the Paw-Rade sitting in a bright yellow mop bucket, carted around with a seemingly attached handle. Judging by her satisfied expression, she was happy to just be chilling and mopping up attention rather than having some awkward superhero getup strapped on.

Let’s show some love for Keki and her killer costume, and let us know in the comments what your dog will be dressing up as this year!

A Hungarian puli pup recently stole the show at a local Halloween-themed event in Covington, Kentucky 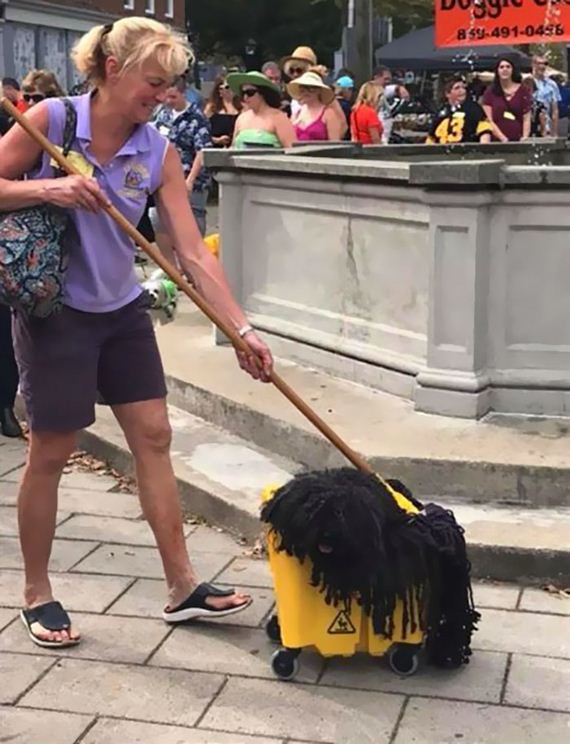 Can you guess what she was dressed as? 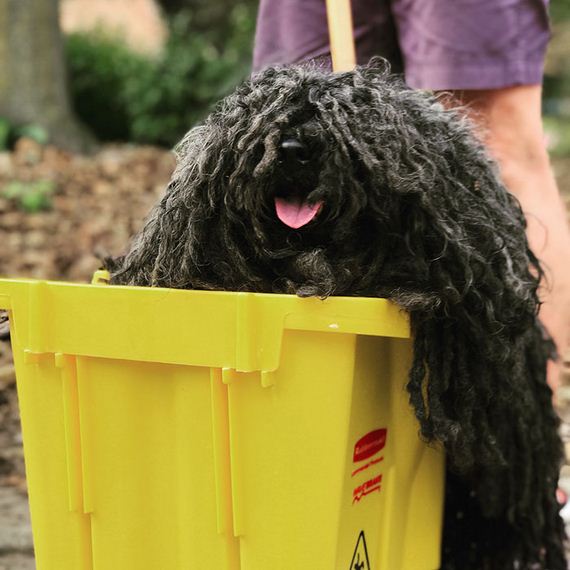 The dog, named Keki, arrived complete with a mop bucket and handle, a perfect match for her shaggy locks 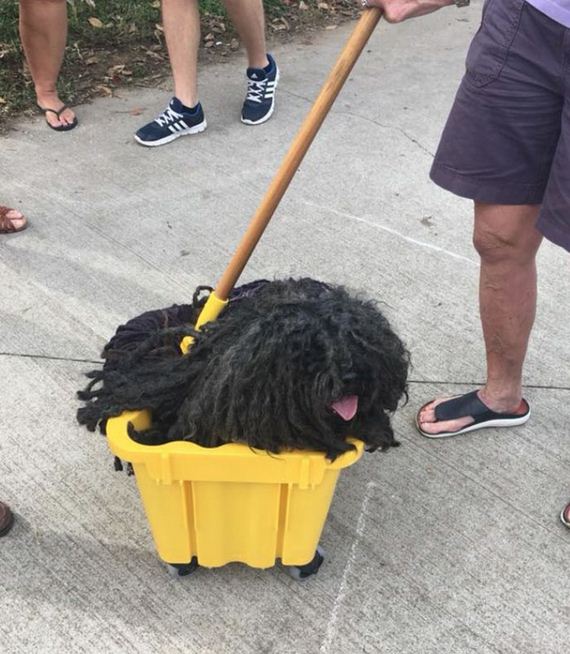 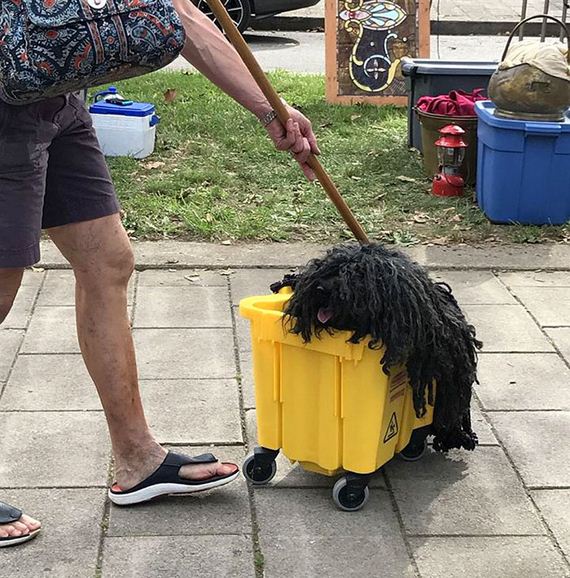 Twitter, understandably, fell head over heels for Keki, with one user even writing her a poem 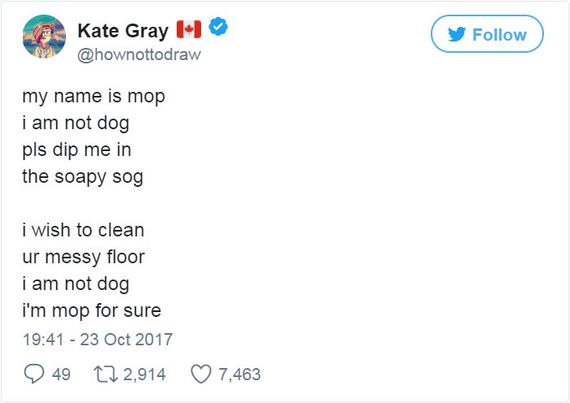