Stephanie Dagenhart was out and about at Patterson Park in Baltimore when she saw something that broke her heart. Over tied to a tree in the cold was a scared dog with a note and no owner in sight. 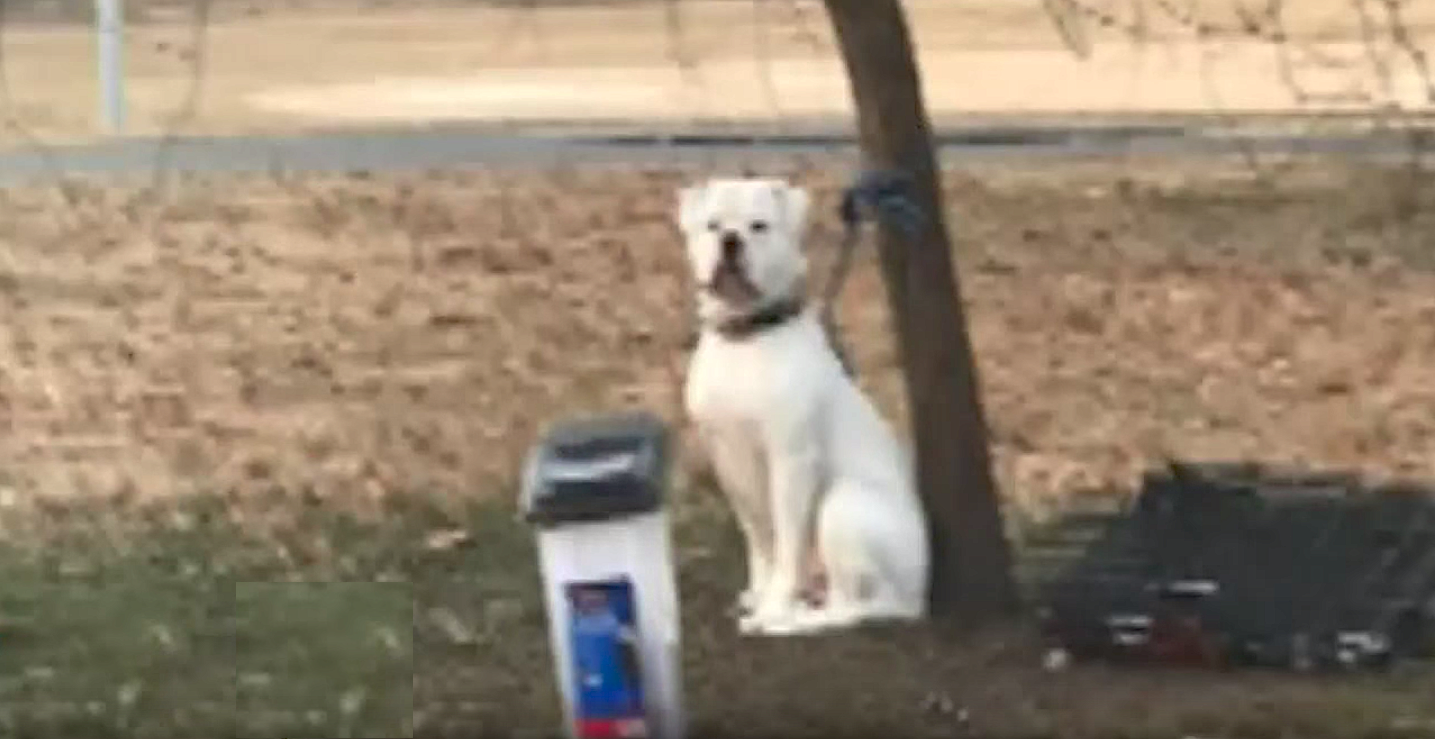 The note read: “My name is Duke. Here’s my favorite toy and my food. I am looking for a new home.”

She sat by Duke and waited for animal control to come pick him up, and other neighbors helped by bringing over blankets and treats for the two-year-old American Bulldog. Duke would be taken to BARCS Animal Shelter where he’d be placed on a 72-hour stray hold, but people were immediately interested in adopting him! 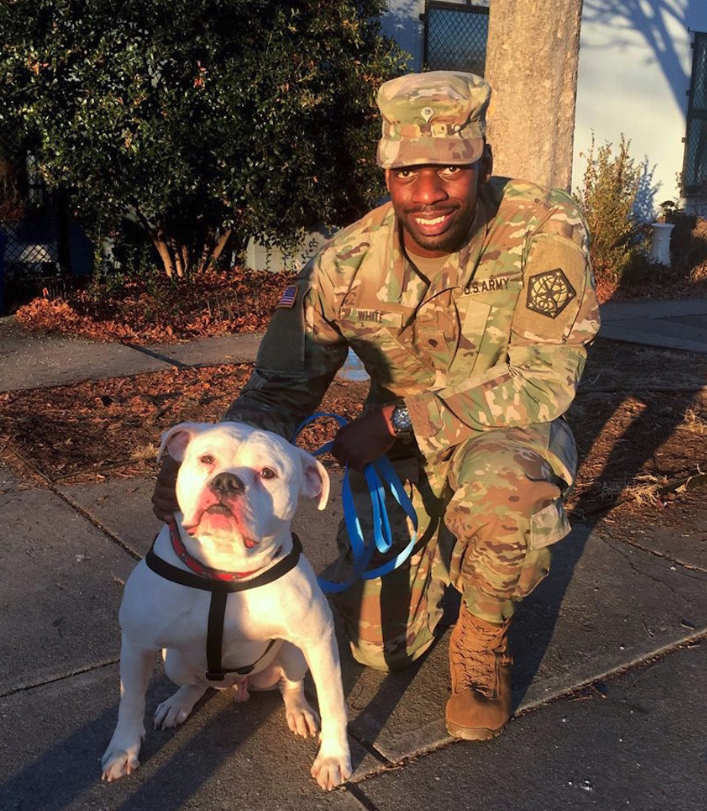 And just days after being found, Duke got his forever home! They posted the good news on their Facebook page saying:

“About 30 minutes ago, Duke was officially adopted by U.S. Army Specialist Wallace White. Wallace didn’t even realize he had picked out a celebrity dog until a friend pointed out the news stories to him. He just happened to fall in love Duke just for being Duke. This is the BEST ending – no, beginning – for our big buddy Duke. Thank you, Baltimore, for saving this handsome boy.”

We’re so happy Duke’s story got a happy ending! 🙂