When Chelsea Blackwell’s 15-year-old dachshund, Blue, disappeared from her home in Albany, New York, she immediately began driving around searching for the pup.

Losing a dog is any pet parent’s worst nightmare and losing a senior dog in a big city is even worse!

Blackwell refused to give up hope of reuniting with her pooch so she began driving around and asking people if they’d seen a small dog.

Eventually, she was coming up to a traffic stop when she noticed a large crowd gathered. In an interview with the Times Union, Blackwell said:

“I noticed there were like eight police cars and people with cameras—I thought maybe somebody got shot. I asked them if anyone saw a little brown dog.” 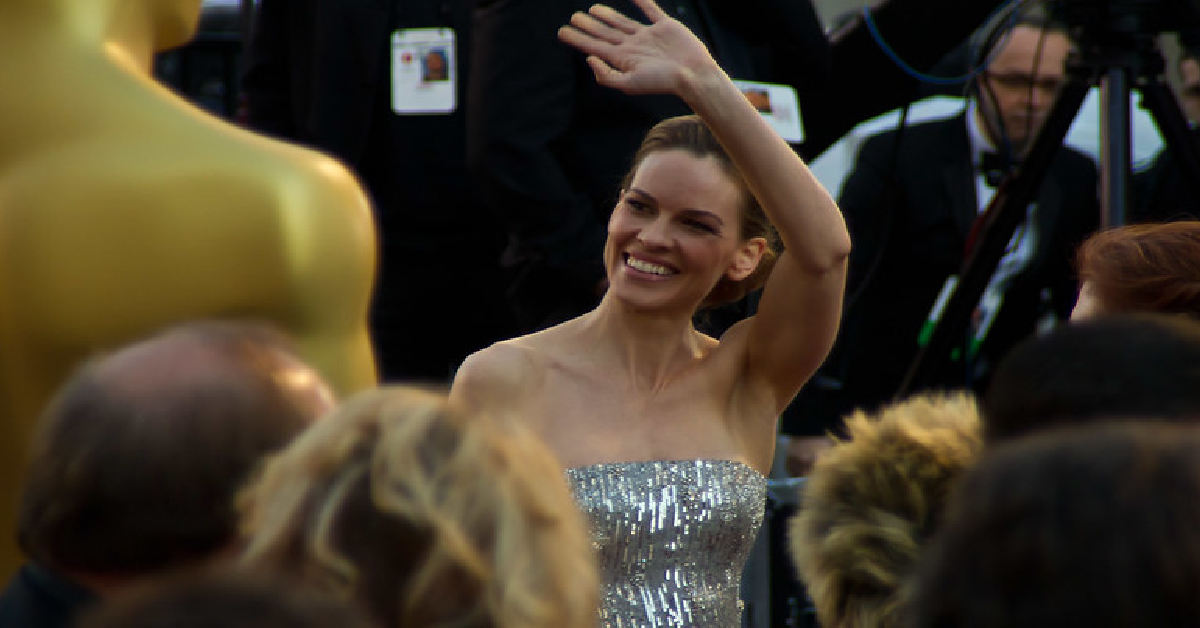 As it turns out, a member of the crowd had seen a brown dog. They explained to Blackwell that a celebrity had found a dog wandering around and picked it up. Thankfully, they were able to call the celebrity, who turned out to be two-time Oscar winner Hillary Swank.

Swank pulled up in a car with Blue in her arms and happily reunited the pup with its owner. Blackwell was incredibly grateful to have Blue back safe and sound, and she also got a photo with Swank!

The photo was later shared on Facebook by New Country 100.7: 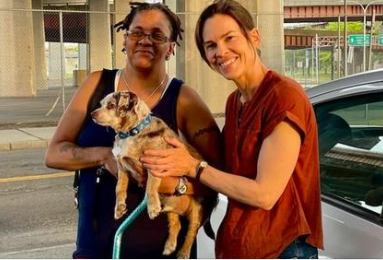 While Hillary Swank may be best known for her acting, having starred in films like Million Dollar Baby and Freedom Writers, she also has a history of animal advocacy. In fact, she’s even co-founded the Hilaroo Foundation, an organization that aims to connect at-risk teens with shelter dogs.