The California wildfires were both devastating and tragic. Although the fires took place a couple of years ago, the stories about them are still circulating. As you are about to see, those stories are well worth retelling.

A young woman by the name of Natosha Wallace was in the path of a California wildfire and had only minutes to escape.

She did escape with her life but she also brought along something that meant the most to her. 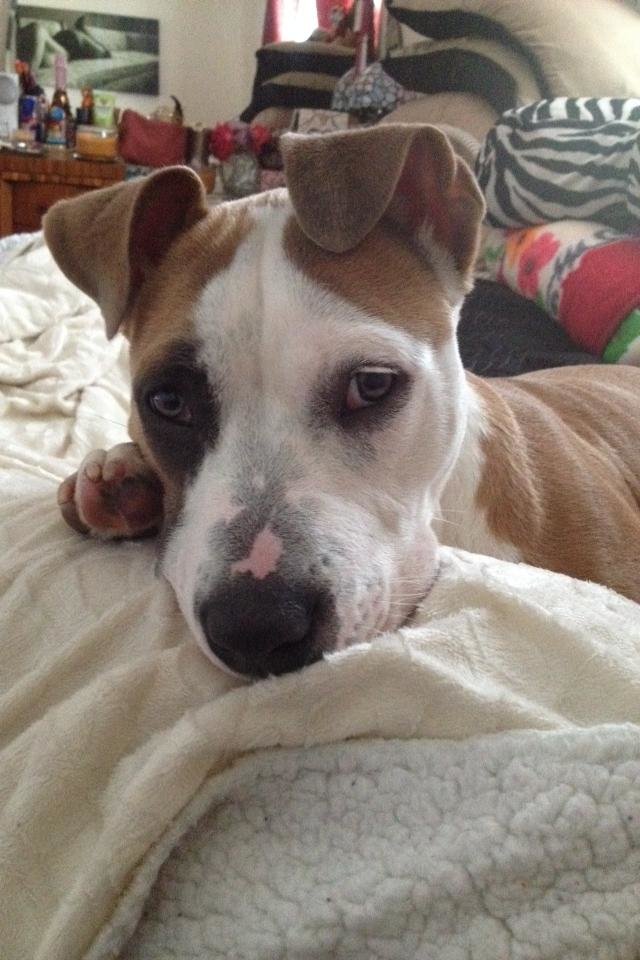 Wallace was a college student in Santa Rosa and was studying on campus when the fire first broke out. She was driving home after 1 AM and could see a wall of flames against the freeway. She stopped her car to take a look but then realized that the flames were traveling far too fast and she was in danger of losing her life.

“It was like a flamethrower,” Wallace told The Dodo. “I knew how fast the fire was going. It was really scary.” 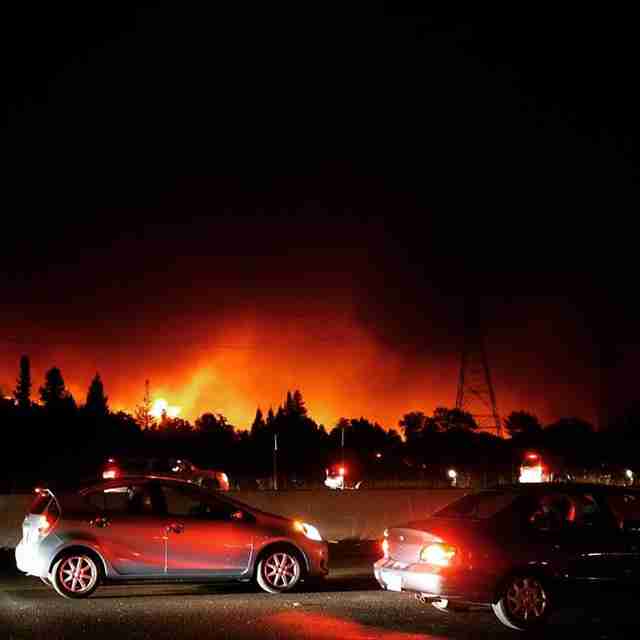 Wallace rushed to her home and packed some gear. She put her bags in her car along with her dog, Bentley and started the drive to safety. It wasn’t long before she realized that it was futile, because the traffic was so snarled they were at a standstill.

“I sat in my car for about two minutes, and I could see the fire getting closer. I said, ‘I’m not burning in my car,’” Wallace recalled. “So, I turned around and went back to the house.”

She decided that she would not take her car but she would take her bicycle. She dropped almost all of her possessions and took the most precious possession along with her. “I knew the only thing that mattered was my dog. That was it,” Wallace said. 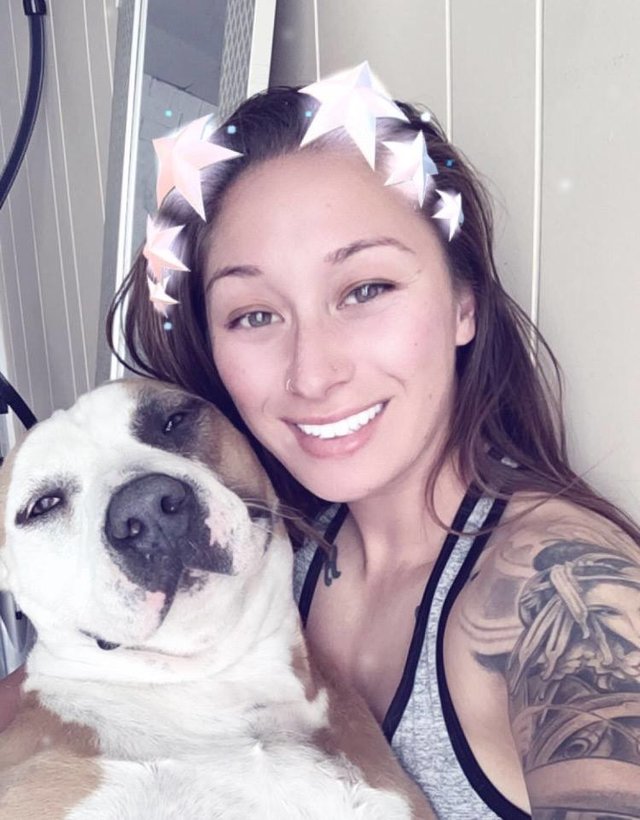 “I emptied out a duffel bag that had clothes and some of my belongings,” she said. “I told Bentley to sit inside, and he just hopped right in. It’s like he understood the situation. He knew something was wrong.”

Wallace strapped the duffel bag around her neck with her 70 Pound dog inside and started pedaling.

“It was hard. I was trying to avoid the branches and everything on the road. The first 2 miles were OK. I was going off pure adrenaline, or supermom strength,” she said. “Bentley just sat there the whole time, like a super good boy. His well-being was the only thing I cared about at that point.” 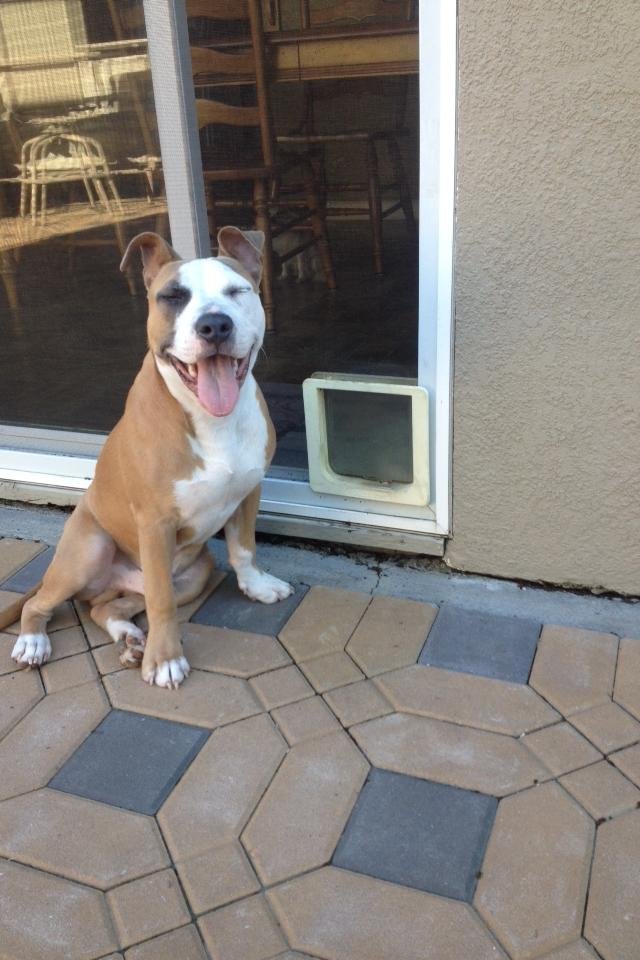 After traveling for a while on her bicycle a person in a truck stopped and gave Wallace and Bentley a ride to safety. They managed to escape with their lives but, like many people in the area, she lost her home and her belongings that were left behind.

She had a difficult time adjusting to what had happened to her but Bentley was there to help.

“He’s been wonderful to cope with,” Wallace said. “When I was at the shelter, all I had was my dog. I literally just hugged my dog this whole time.” 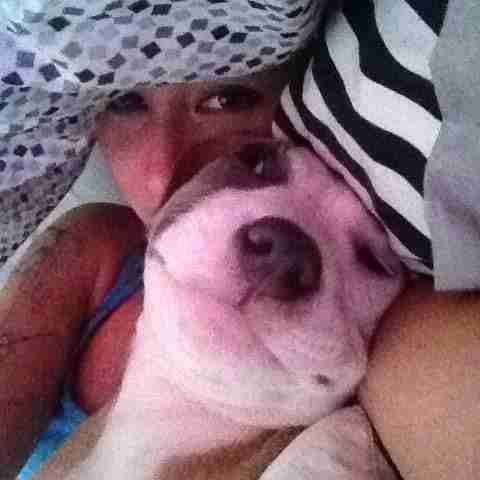 Wallace and Bentley spent some time with relatives and it gave her an opportunity to reorganize her life. Through it all, she realized that she had done the right thing:

“You can pack hundreds of dollars worth of material things, but my dog is priceless.”