A woman had an emotional reunion with her dog after he fell 40 feet down a snow mote at Stewart Falls on Mt Timpanogos in Utah.

The Utah County Sheriff Search and Rescue team arrived at the scene to learn that the dog became trapped after he “fell into the mote under a snow bridge that was created by an avalanche over Stewart Falls,” they explained.

Team members had to dig a hole through the snow to create a tunnel to reach the dog. After five hours of effort, “A team member was then lowered down and the dog was successfully rescued,” they wrote on Facebook. 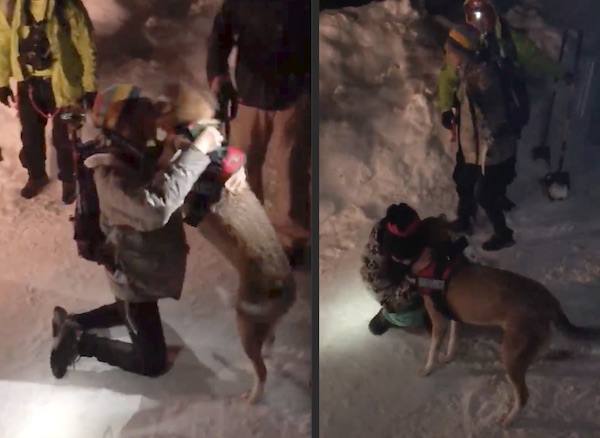 Video was taken afterwards of the rescued dog being reunited with his grateful owner and it’s hard to tell who is crying more.