Margo Will was in tears when she found out that her Daschund mix, Aussie, went missing. Will was returning from a trip when her neighbor called and told her that Aussie escaped from their backyard. Will was heartbroken and did everything she could to find her beloved pup, but after two and a half years, she gave up hope that she was ever coming home. The dog was missing with no leads at all, until the staff at Presentation High School in California noticed someone wandering around a garden on the school’s campus. The director of the building’s grounds, Cary Atkinson, tried to approach her to see if she had a collar, but she ran away each time. Each day, he would put out food and a dog bed in hopes she would become more comfortable each day. Eventually, he was able to coax her long enough that another staff member was able to pick the scared puppy up. 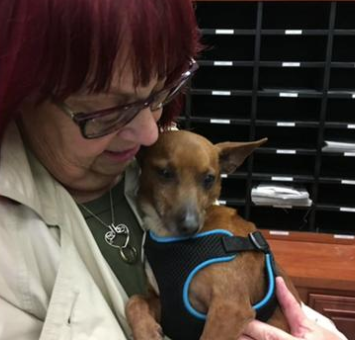 She was taken to the vet and when they checked her for a microchip, they discovered that Aussie had finally been found. That phone call immediately filled Margo Will’s heart again. “I couldn’t be happier,” Will told the Mercury News. The owner and reunited dog recently posed for photos with the school maintenance staff. She told them she may bring Auggie back for another reunion with her rescuers soon. I couldn’t imagine what this poor dog and woman went through for the past two and a half years. This story just goes to show that persistence truly does pay off! 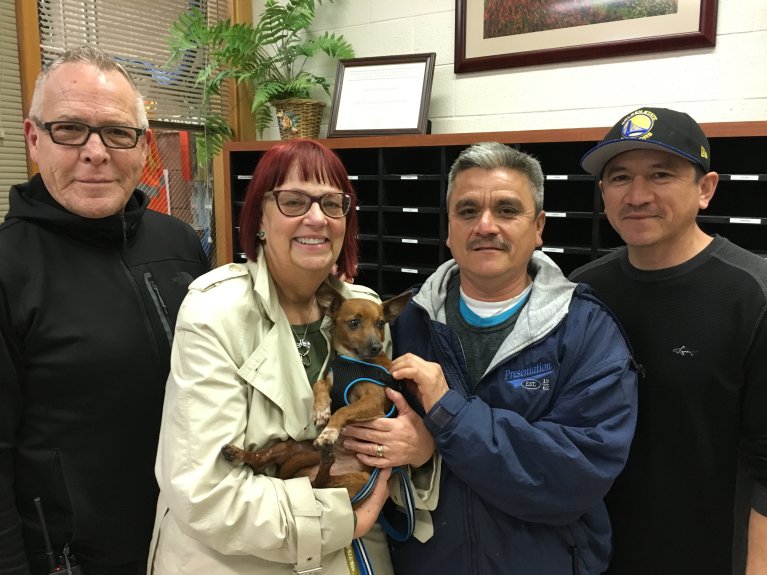