This week, a woman was outraged when she saw a red tow truck speeding down a highway in Dallas, Texas, with a dog riding on the back. According to WFAA News, Marina Tarashevska witnessed the concerning situation on Monday evening on Interstate 30. 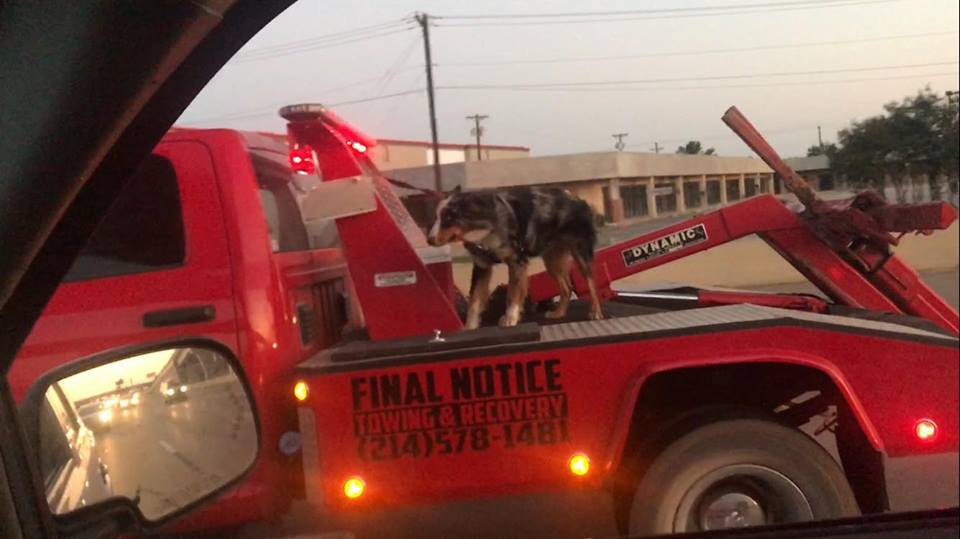 Tarashevska took video of the situation and uploaded it to Facebook on September 11 with her thoughts about what happened:

How can anyone be so heartless and so cruel to think this dog is enjoying himself barely clinging on at 70+mph? The driver was all smiles because apparently it’s funny to him.

He was speeding up and switching lanes and then braking suddenly so I had to let him go so the poor dog doesn’t go flying off in front of my eyes. I’m still shaking and I feel so helpless for not being able to help this poor dog- he deserves better than to be lynched on a highway just because his idiot owner thinks this is entertaining.

Gabi Vannini, a spokesperson for Dallas Animal Services, told the news agency, ”It’s really not safe, and there actually is an ordinance in the City of Dallas against that. Section 7-3.5 states that a dog or animal cannot ride in the open bed or flatbed of a moving vehicle. So it really is illegal in the City of Dallas.”