A marriage proposal was turned down when the man who proposed said he didn’t want the dog too. India Today reported the woman, Karishma Walia, said no to the proposal because the guy didn’t want her dog to get in the way of his love life. Karishma said she wasn’t going to abandon her dog, Lucy, for anyone. 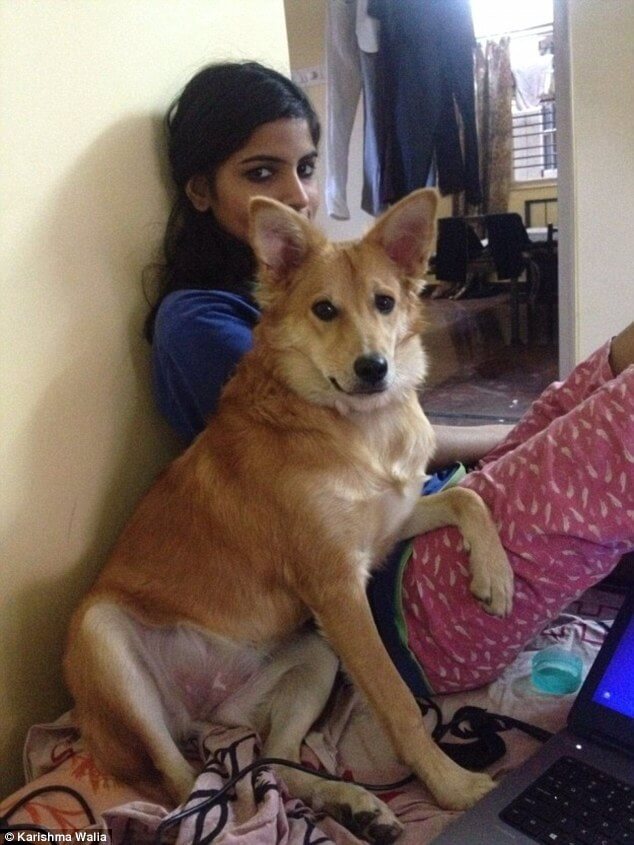 The conversation between Karishma and the man who proposed marriage happened on WhatsApp and Twitter. Karishma’s mother isn’t happy with her daughter’s decision and said Karishma was wrong for being concerned about her dog. Why? Because the man was good-looking and, he had money. There are more important things than money in this world. 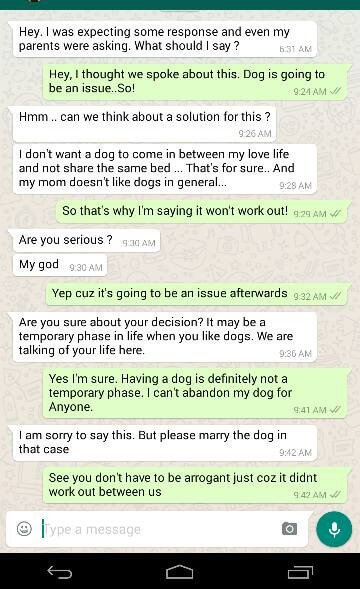 The love of a dog isn’t something you throw away for a handsome guy. If the man isn’t supportive of a dog, he isn’t worth it (period). Well done, Karishma! Share away, people!