Judy Obregon and a writer that was shadowing her that day went to an infamous dumping ground for dogs in Echo Lake Park in Fort Worth Texas. As the writer was interviewing her, a pit bull emerged from the pile of garbage. The dog went right up to Judy and started licking. 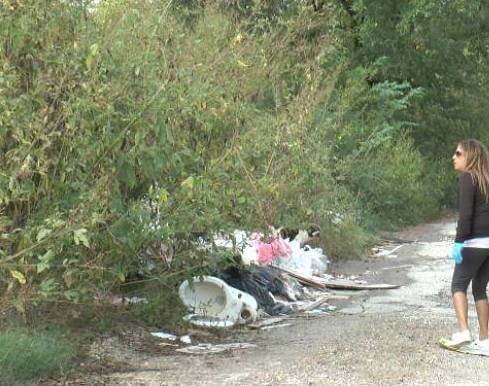 They could see the dog’s teats were enlarged – she had recently given birth. 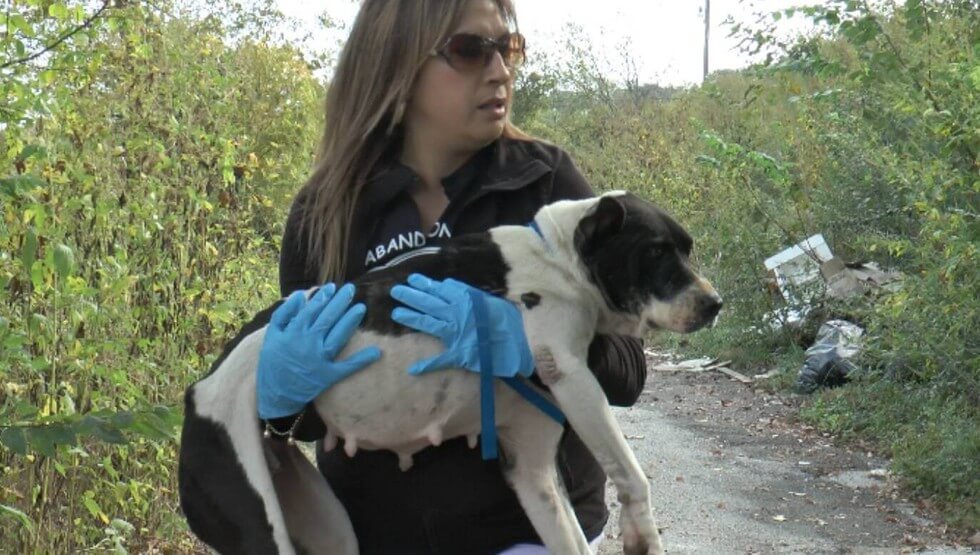 Judy went off to search for puppies but knew the dog could have been dropped off without puppies, but she had to look.

The mother dog was in bad shape. They loaded her in the car so they could get her some help. When they were about a block away, they saw something moving in a ditch – it was a puppy! 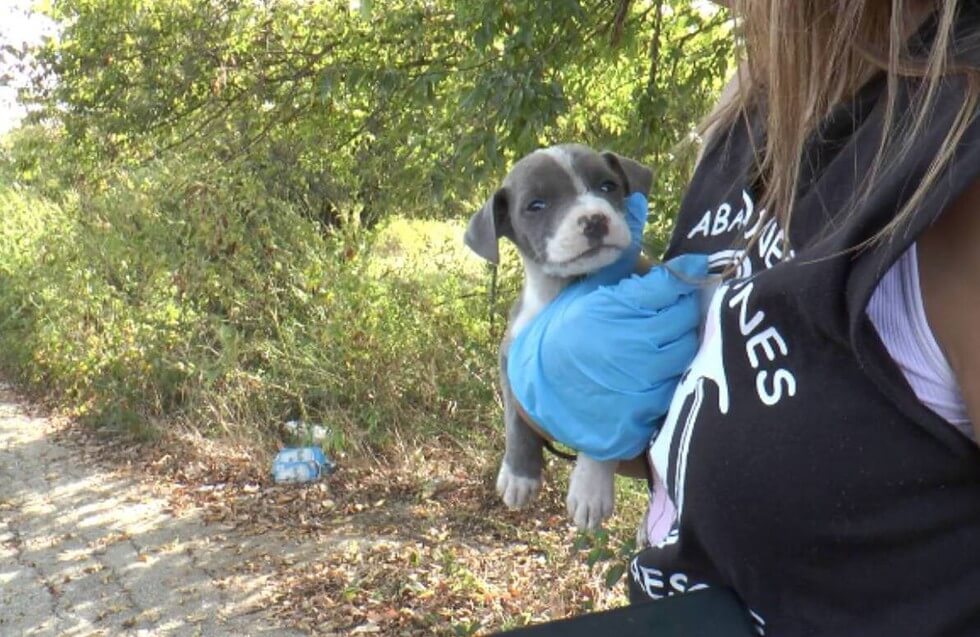 Judy knew at once it was the momma dog’s pup and ran out to get it. When Judy gave the momma dog the pup, she recognized it right away and even started to cry. 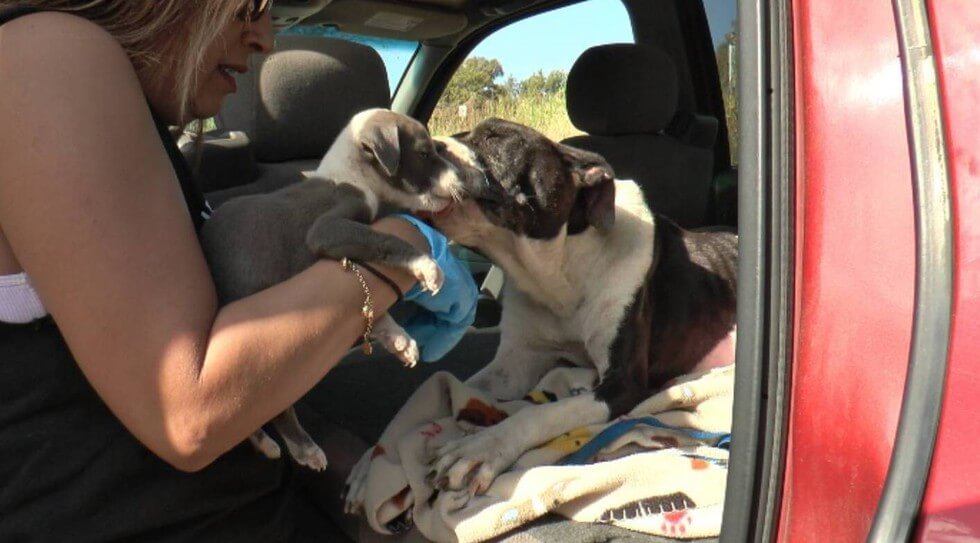 Both dogs were taken to V.E.T. Care Hospital and Pet Resort. 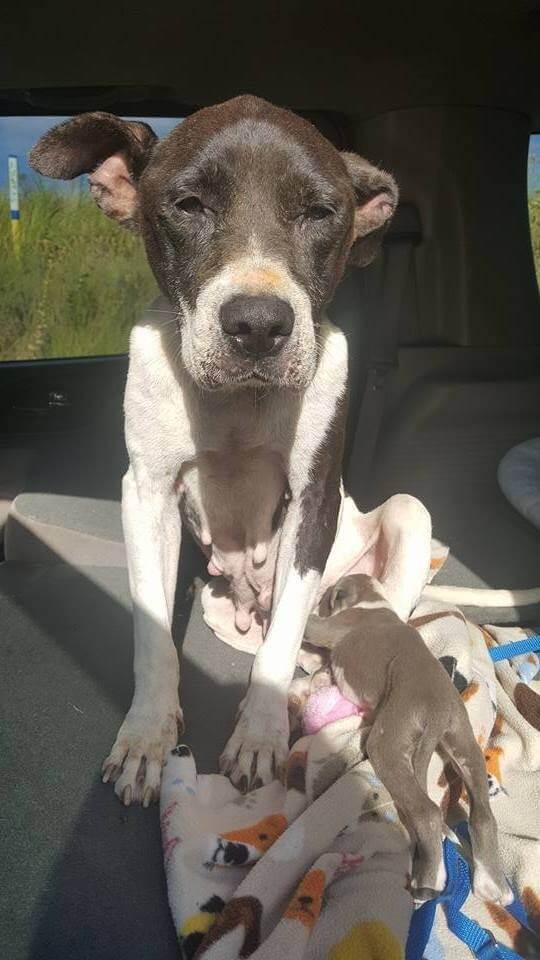 On the way there the two exhausted dogs slept. 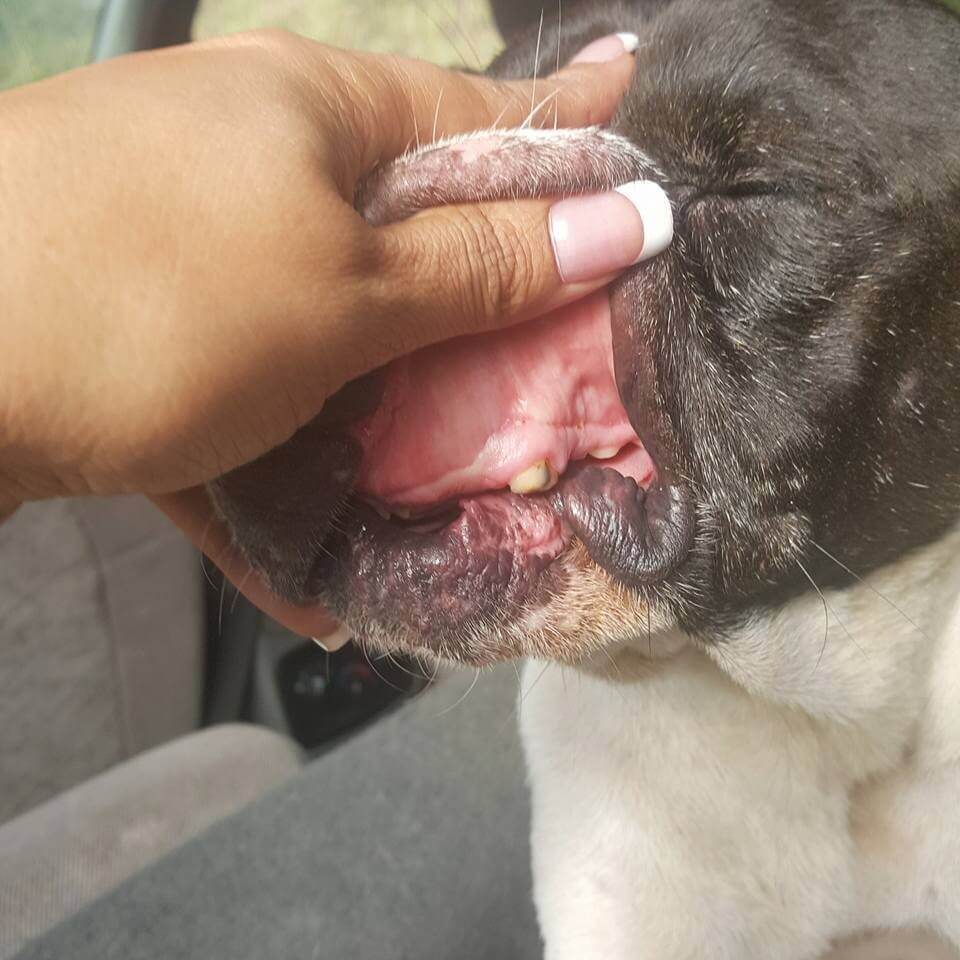 The mother dog was named Hope and was found to be heartworm positive. 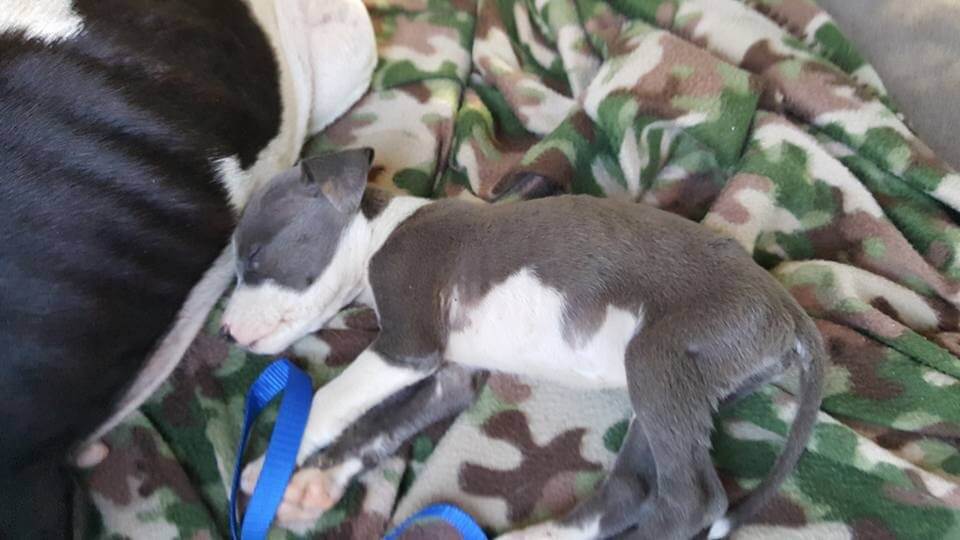 The puppy was named Future. She was covered in scars and had only two teeth, and they had been intentionally ground down. 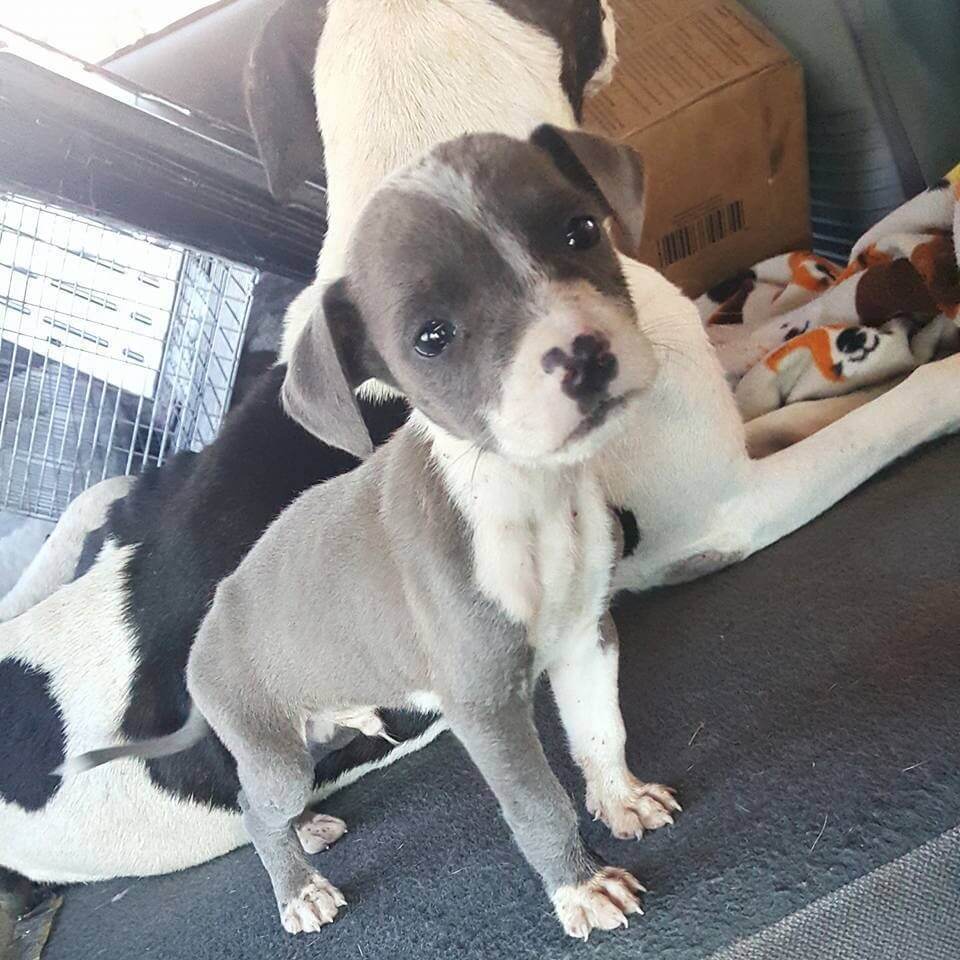 It was believed that Hope had been a bait dog. Hope and her puppy are both recovering together at a foster home. 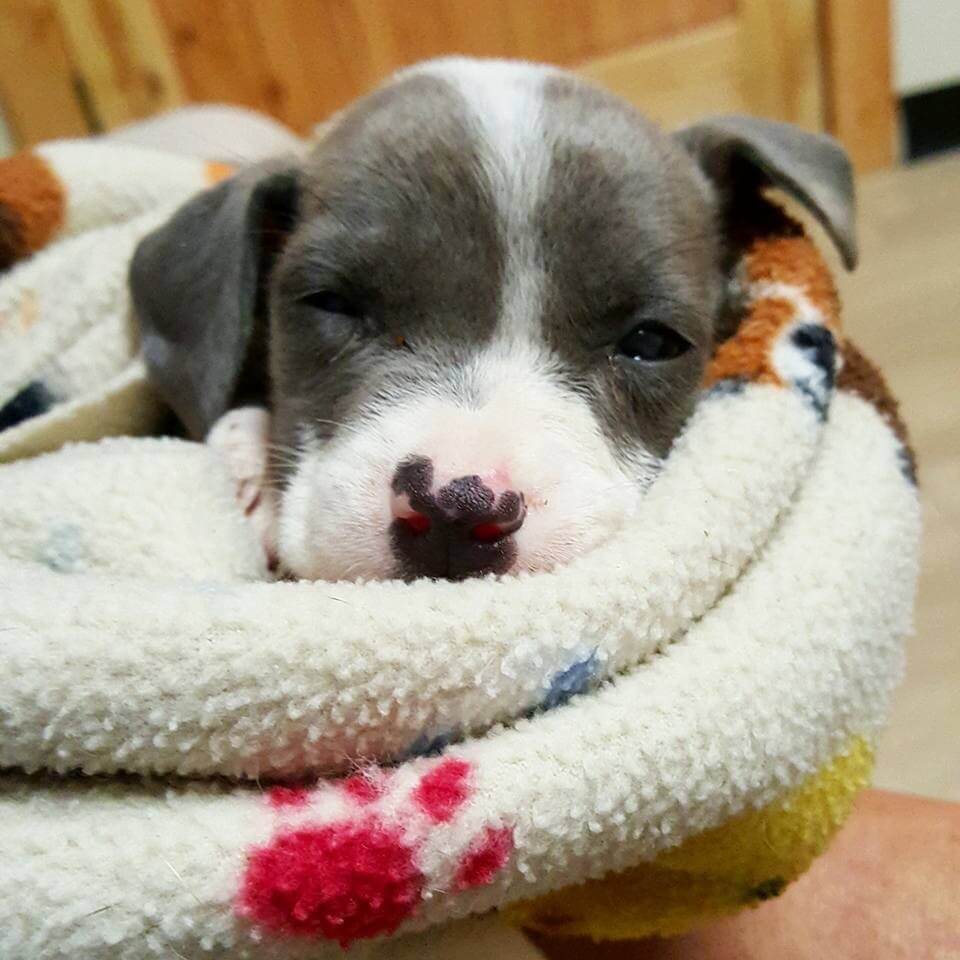 They will be allowed to stay together until they are both healthy enough to be adopted. Share away, people.