The animal shelter on Ash Road in Lubbock, Texas has been closed for about a year now.  This is why seeing a dog that was abandoned out in front of it was a bit of a curiosity.  Thankfully, a woman by the name of Whitney Turrentine noticed the dog when she was driving by, and rescued her. 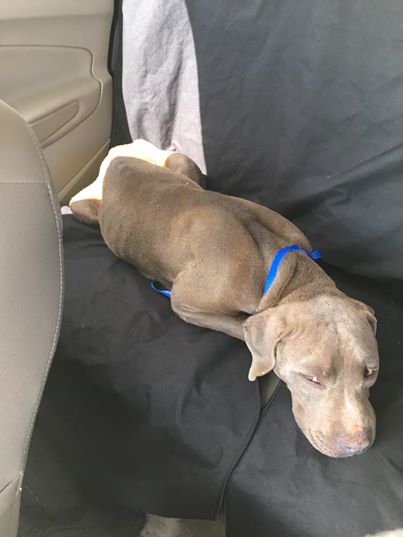 According to Turrentine, she was driving past the old shelter, when she noticed a dog that had been tied up out front. Just in passing she could tell that the dog was not in good shape. She was malnourished and covered in flies. She knew there was no way she’d be able to go about the rest of her day had she not helped. 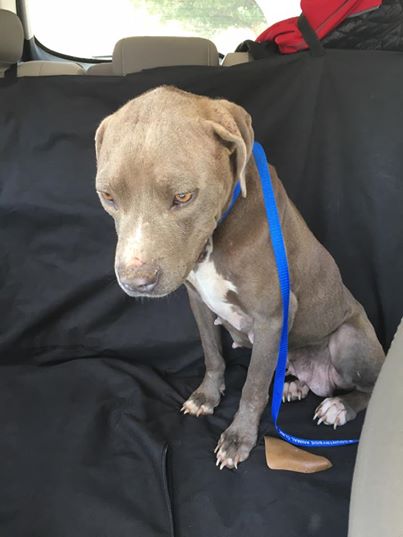 “I pulled up to the dog and she was just like wagging her tail … and like, ‘Thank you so much,’” said Turrentine. 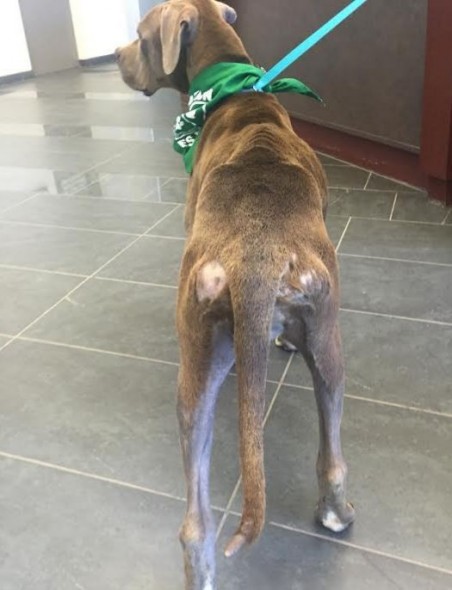 This is not where the story for this poor dog ends, however. Turrentine took the dog to the Lubbock Animal Shelter Adoption Center. While there, a plea went out for a foster home for her, and it didn’t take any time at all before someone took her in. 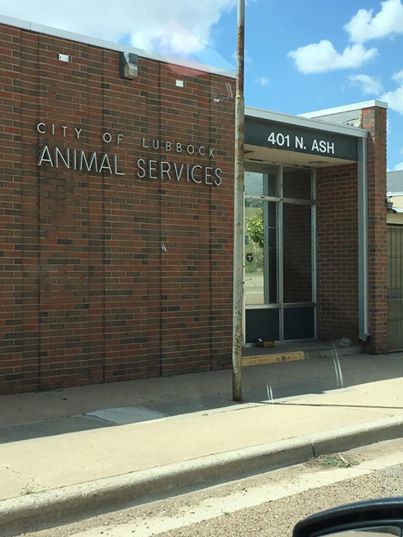 “We haven’t been able to take dogs in for over a year now because we’ve been full where we keep them,” said Laci Holcombe of Saving Grace Pit Bull Rescue in an interview with The Dodo. “So the only way we’ve been able to help is if someone offers to foster. Thankfully, one of our followers did that.” 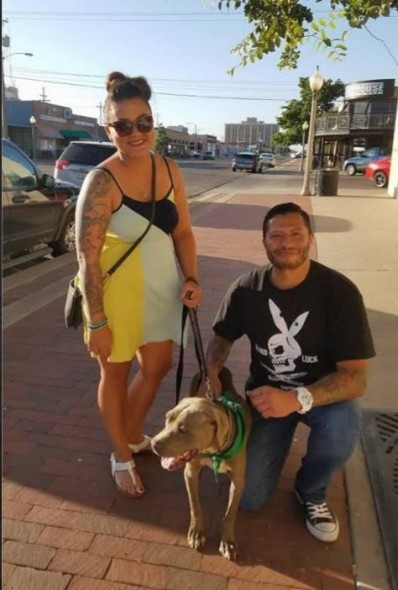 It is not suspected that the dog was tied up at the front door of the shelter for very long. There’s just no way that someone wouldn’t have noticed her eventually. It was noted that she had suffered a great deal of neglect and possibly even abuse at the hands of whomever had her last. Despite all of this, she is expected to make a full recovery.