Dogs who are rescued never forget the humans who saved them. We are highlighting heartwarming stories of dogs saved from dire situations and then cherished as invaluable family members. One such story is the rescue of Valentino. The street dog was all alone at a train station and in more dire need than his guardian angel thought.

When Carolina Gurduz Delgado’s husband told her about a bleeding black dog near the train station where they live in Buenos Aires, Argentina, she couldn’t get the thought of the dog out of her mind. Carolina had rescued her dog Bela from a train station the year before. A serious dog lover, Carolina soon found herself at the station, but would be shocked by what she saw. Here’s her story in her own words:

“It’s the 18th of February, in the month that symbolizes Love. Here I am at around 10 o’clock in the morning Argentinean time and my husband is telling me that he had seen a bleeding black dog near the station. I was surprised, as my honey would never tell me information like this, he knows it upsets me deeply and doesn’t leave my mind. I know why he did it, he couldn’t hide it from me and deep inside he knew I would go check on the dog. He was very worried for the poor thing as he saw him in severe pain.” 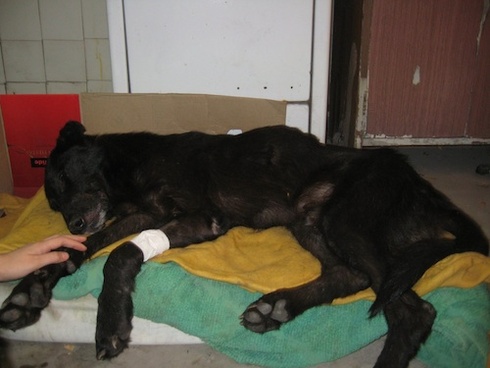 “We were in the city and before I could go see him, I couldn’t think of anything else but the bleeding black dog that’s waiting at the station. Waiting… but not for his owner to come take him home, waiting for his death that was slowly spreading as his blood moved towards the cold ground. And believe it or not, I found out later that was exactly the way I am describing it to be.” 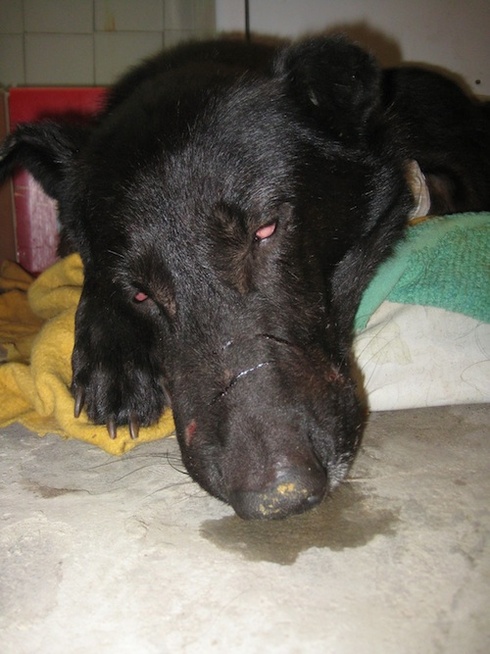 “I finally came to what I hoped wasn’t as bad as my imagination was drawing it. What I saw left me speechless. A very big dog that was in the shape of a ball cuddled by his own bones. The floor with dry and fresh blood. Actually, even worse than I imagined it. His jaw was super swollen and injured with a wound – a hole, which apparently was a big bite from a dog fight.  He was nothing but skin on bones, a very
skinny poor thing with sad and painful look. And this is not all, he also had a deep cut right in the rear area. When I saw it, I knew he would die if we don’t do anything about it. He was also losing blood from the wound.” 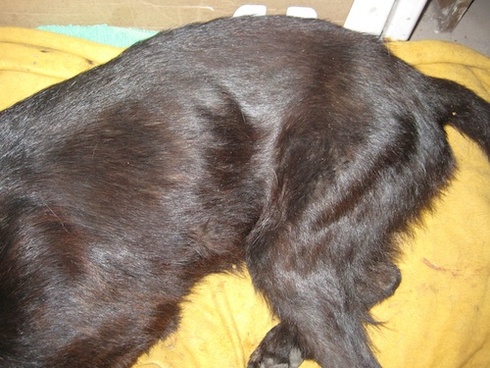 “There was one other thing that felt very wrong, ugly and heartless. There were many people walking around that area, some just a meter away, buying tickets for the train and not even one soul would try to help the living thing in need. For only about a minute or so, I was sobbing and trembling over the helpless creature thinking to myself about everything and about nothing all at the same time.

“When suddenly there was a voice that started talking to me. It was Annie. Honestly I don’t remember one word she said, but I remember her eyes told me she would help.” 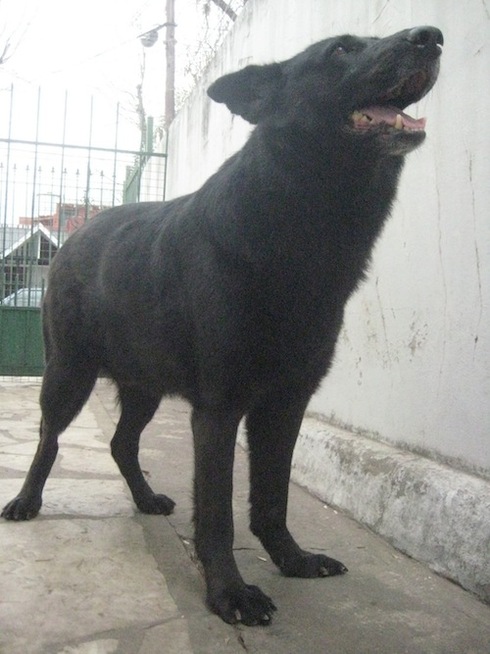 “So there we were Annie, her friend Miriam – complete strangers – my husband, and me going to the doctor’s office. An emergency! We had to leave the dog there until late evening. They had to do lots of things to see the dog get strength to at least drink water. He was dehydrated, malnourished and tortured by life itself.

“Me and my honey decided to take care of him for a couple of weeks until we could find a loving and deserving home for the long-enough suffering creature.”

“And here starts a good beginning of this big black dog’s life. As he was found in February – the month of Love – and soon after the Saint Valentine’s Day we called him Valentino.” 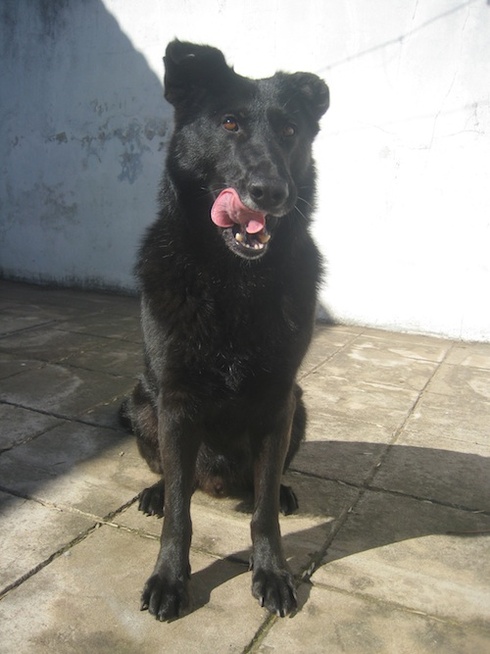 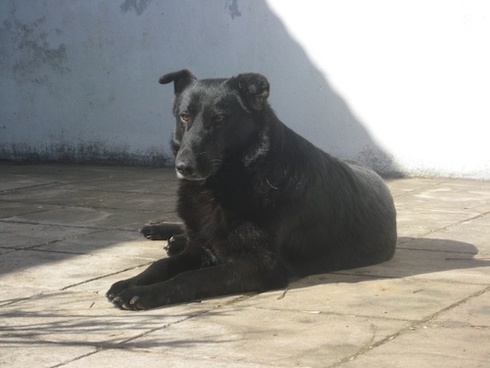 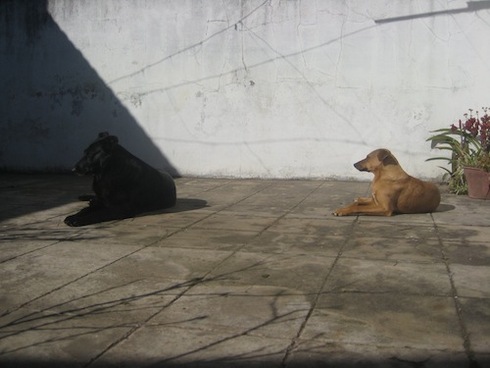 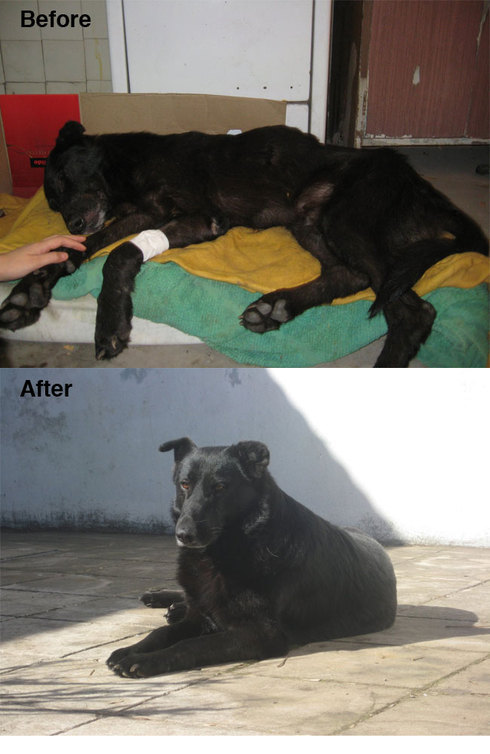