Betty Walter works with several different rescue groups and has 4 dogs of her own. When Hurricane Harvey hit Houston, she had her 4 dogs, plus she was caring for 11 dogs from the rescue groups. She was also pet sitting a dog for a friend. And as Harvey grew stronger, the number of dogs kept growing. She told us:

“1 small dog came to my window earlier Saturday morning. 2 are homeless people’s dogs that live around there. They asked me for help. 2 are neighbors dogs that belongs to people.” 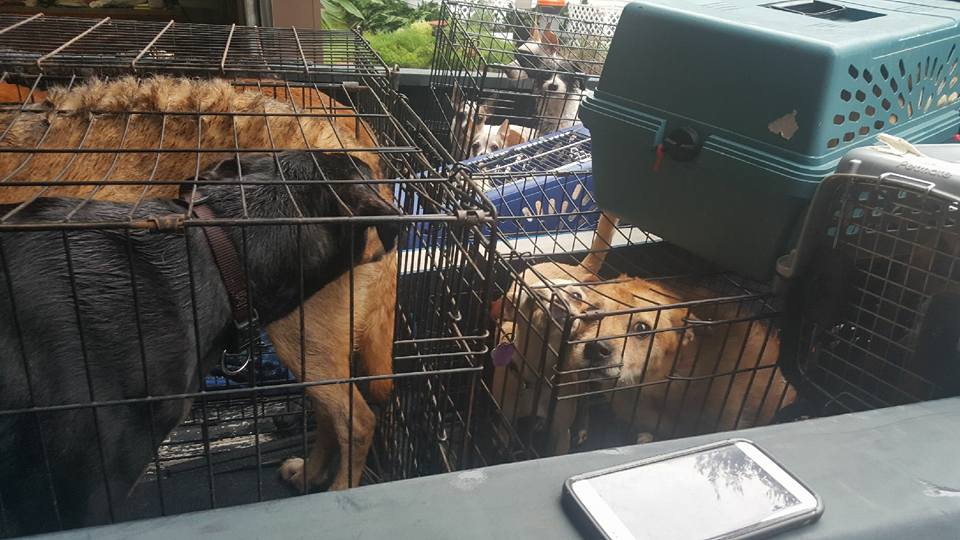 That makes 21 dogs total in her care. Walter could hear dogs crying that had been left behind by her neighbors. On Facebook, she wrote:

“I don’t think I will ever forget those cries for help from dogs in my neighborhood. A lot [of] people kept their dogs outside. I tried so hard to go rescue a couple. The water was too high. They cried for hours…I stayed [in my home] until I got help.”

As the flood waters kept rising, Walter found herself trapped in her attic with all the dogs. 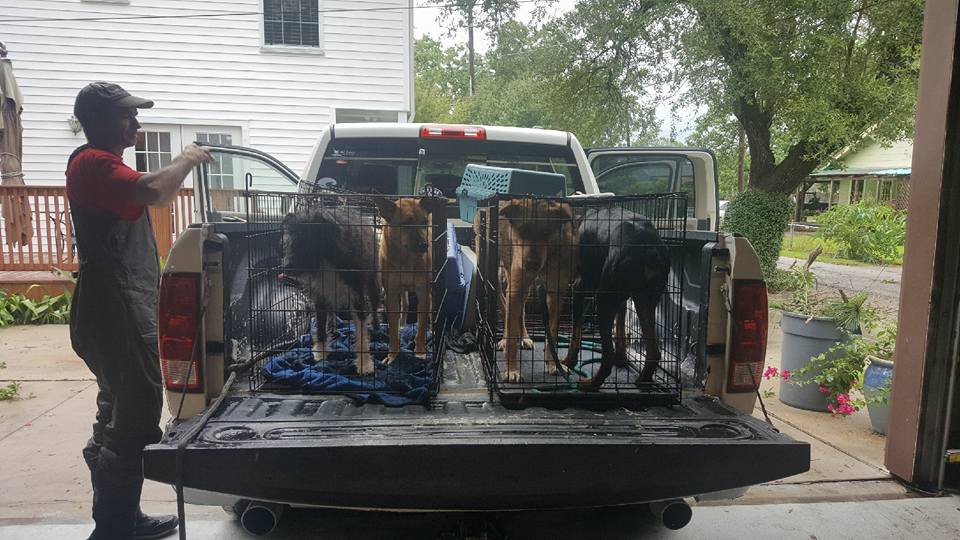 Rescuers first came through on Saturday, but they were only focused on people and weren’t able to save any dogs, so Walter waited for help until Sunday.

After 14 hours trapped in her attic with 21 dogs, help finally arrived on Sunday. 2 men from Deer Park were walking through Walter’s neighborhood with a boat and insisted on helping Walters and the dogs. 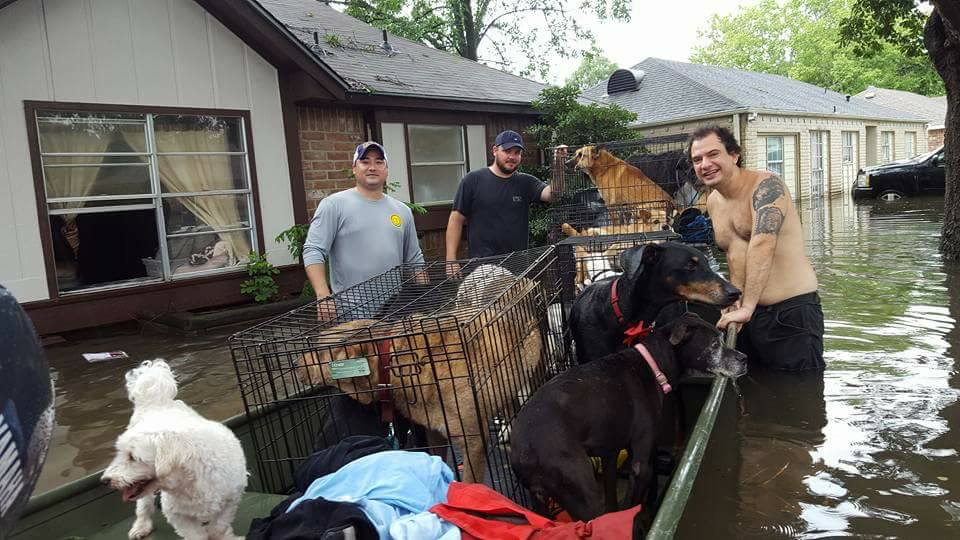 They managed to fit all 21 dogs in the boat and got them and Walter to safety. Walter wrote:

“I was worried there was too many dogs on the boat and it would [tip] over. I told them I would stay behind and for them to make 2 trips. They said NO we are taking all and you. We had 21 dogs on this boat. No place for any humans on this boat. We had to walk in water over my head to get out.” 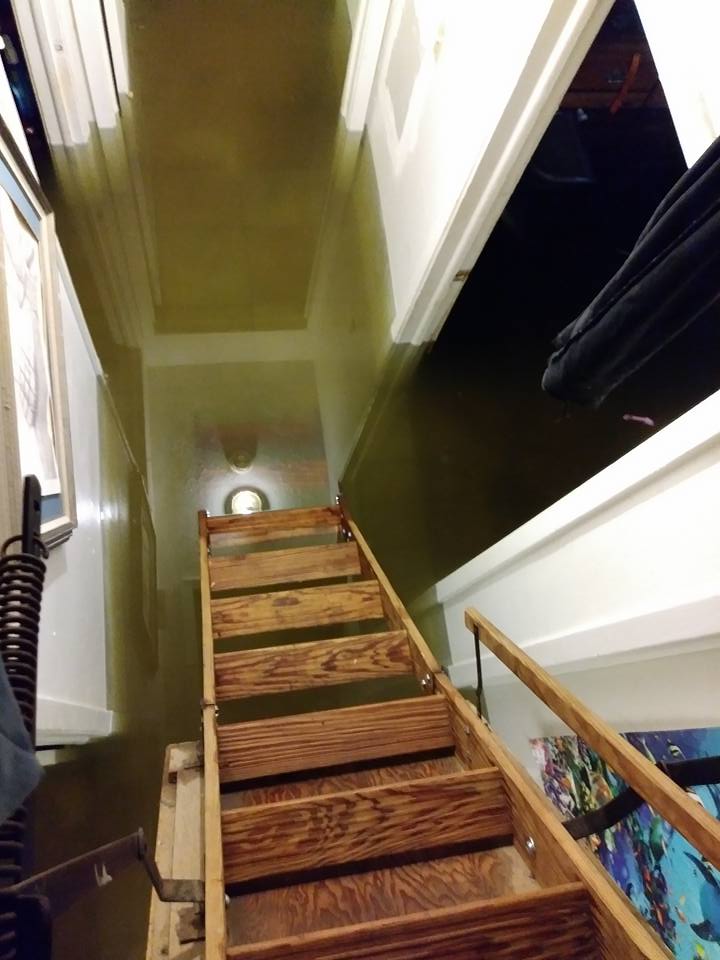 It’s important for people to realize that rescuers are not always going to be able to help rescue pets during such a large natural disaster. It’s best to plan ahead and know what you would do with your pets in case of an emergency or an evacuation. Walter added:

“Have a plan together for your pets. Some first responders will not pick up big dogs. I was lucky these guys came by helping people with dogs.”

Our hearts go out to all of those affected by this terrible storm, animals and humans alike.